Making a McMansion out of a rowhouse, part 1 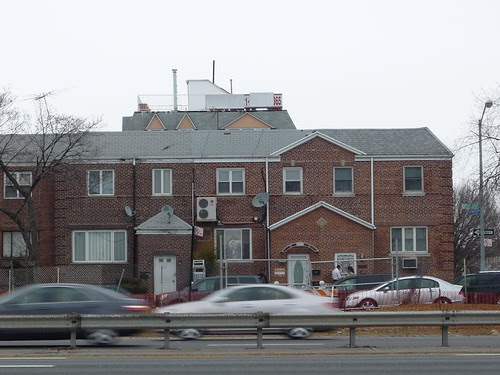 If you saw a shark's fin sticking up out of the water on a trip to the beach, your stomach might get queasy. A similar feeling is had when spotting the top of this fine example of Brooklyn crap behind the rowhouses along the Belt Parkway in Bensonhurst. 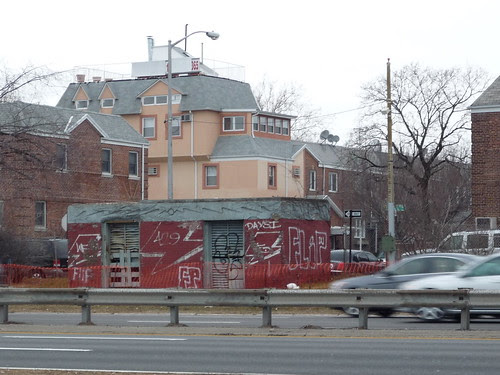 Yeah someone decided to turn their legal 3-family house into a 2-family house with one giant triplex apartment. That's one magnificent view they have there, by the way. 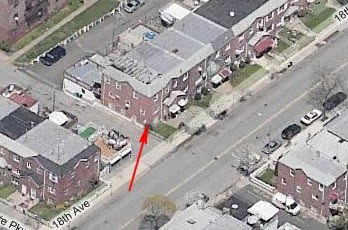 So, they seemingly made their home bigger in order to house fewer families. And instead of trading up to a larger house elsewhere, they ruined the streetscape. The neighbors must love them! 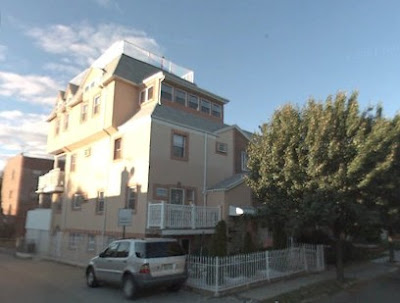 Of course, the Departments of City Planning and Buildings were willing accomplices in this aesthetic crime.

Never mind the chimney issues, failure to maintain and getting caught twice for work without a permit. There was also a supposedly unsubstantiated complaint made in 2005 of a family living in the garage...
Posted by Queens Crapper at 12:00 AM

Labels: Brooklyn, Department of Buildings, rowhouse, work without a permit

Al Qaida has this POS on it's hit list. It's even offensive to Allah.

Folks have crazy ideas and the will and means to execute them, which is not always a good thing for others. But as the column indicates, the city approved this design somehow and they should be held accountable for it's presence today. Folks you must fight these projects tooth and nail otherwise you too will be living next door to this crap and all of it's ills to affect you!!!!!