Hevesi may have a primary challenger 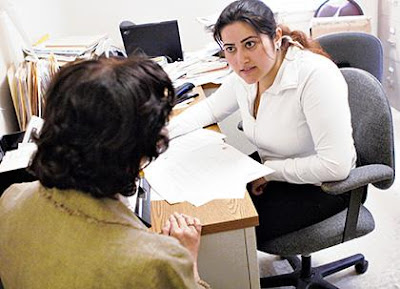 Forest Hills resident Lilianna Zulunova said she plans to challenge state Assemblyman Andrew Hevesi (D-Forest Hills) in this year’s Democratic primary and is going around the community to spread word about her platform issues that include job creation, affordable housing and education.

Zulunova, 26, has been a familiar face on the borough’s political scene and most recently was the campaign manager for Democratic City Council candidate Albert Cohen. She has also worked as deputy chief of staff for former state Sen. John Sabini, been the campaign coordinator for Councilwoman Elizabeth Crowley (D-Middle Village) and worked for state Sen. Malcolm Smith (D-St. Albans).

“Seven years ago, when I had the opportunity to be an intern at Sen. Sabini’s office, I made the decision that this is what I want, this is how I can be effective and help my community,” said Zulunova, an adjunct communications professor at LaGuardia Community College in Long Island City.

Zulunova said she seriously began thinking of running in September’s primary against Hevesi, who has held the seat representing the 28th Assembly District since 2005, while working as the campaign manager for Cohen, who lost to Councilwoman Karen Koslowitz (D-Forest Hills), the first Bukharian to run for Council. Zulunova is also Bukharian.

Sounded good, until you said she was associated with Malcolm Smith!

She has great tits. Hope she wins.

Methinks it was voter registrations for dead people. That's the way we did it in the old country.

Her husband died 10 years ago, so a Queens woman was startled to get a letter from the Board of Elections notifying her that he had changed his voter-registration form last month.

A Philadelphia businessman was equally perplexed when he received a letter saying his 92-year-old mother had filed a new voter-registration card in July that didn't match her previous form.

"She's legally blind and suffering from dementia," the son told The Post yesterday. "I told them the reason for this discrepancy is because the information is fraudulent."

Officials say those voter-registration forms were among 1,913 delivered to the Queens board between Aug. 3 and 17 by Lilianna Zulunova, campaign manager for Albert Cohen, one of six candidates running to succeed Councilwoman Melinda Katz (D-Queens) in today's Democratic primary election.

More than half the registrations -- 1,037 -- had missing information, so the board sent out letters to the registrants asking that they supply the data.

Ninety-two were returned as undeliverable. In at least three cases, the registrants turned out to be dead.

Board officials removed those and other suspect registrations from the voter rolls and alerted higher-ups at central headquarters, who say they will conduct a "review" after the November election.

Zulunova insisted that Cohen's campaign, which conducted the first exhaustive voter-registration drive in the Bukharan Jewish community, had nothing to do with any fake registrations.

Andrew Hevesi is nowhere to be seen, anyway. So better have this young Bukharan lady who wants something than our current sleeping Assemblyman (leftover of his father's former political clout)

Anybody but sleeping Andrew Hevesi on a job!

Brim over I to but I contemplate the brief should have more info then it has.