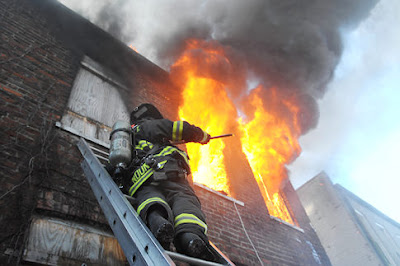 The FDNY is facing drastic cuts - even the possibility of closing firehouses - as the city grapples with a devastating budget crisis, the Daily News has learned.

FDNY officials and Mayor Bloomberg's staffers have met to negotiate the upcoming budget, and, while it's a last resort, firehouse closures are "on the table," Fire Commissioner Salvatore Cassano told The News.

"Everything is in play," a grim Cassano said when asked about firehouses. "We've received no assurances that anything is safe. Everything is up for discussion."

More talks are scheduled in the coming days as Bloomberg prepares to release his budget plan on Thursday.

The FDNY, like most agencies, has been told to expect significant cuts to close the budget gap, Cassano said. Much of the FDNY's budget goes toward day-to-day operations - meaning any cuts would sting.

"Our budget is 90% on the operations side. So when the mayor says to make cuts, it stands to reason that operations will be looked at," Cassano said.

Which firehouses are at risk of closing is undecided. But FDNY sources said the 16 companies targeted for shutdown during last year's budget negotiations - but ultimately spared when the City Council restored funds - are again being considered.
Posted by Queens Crapper at 1:45 AM

there he goes again. more and more B/S.

n.y.c. is a union city and screw the private sector.in all ways.

Why doesn't he cut City Planning? Why not ESDC?

Where will he put the new black firefighters?

Take some money from the Parks Dept. They are loaded!

And he's vengeful when someone defends their local firehouse, even though they did the ame under Dinkins.

Like, do we live in a dangerous city because of terrorists, or because the mayor wants to see the city go up in flames ?

Sorry, but PUBLIC SAFETY has to have a priority over public education, and public recreation. You simply can't enjoy #'s 2 & 3 without #1 in place. Money was found to keep NYPD fully staffed; I guess when you have a heart attack, or your house starts to burn, the NYPD will take an AED or a hoseline through your front door, since the FDNY won't be there in time due to Bloomberg's ficticious budget shortfalls. Meanwhile, MMayor Mike was able to hire nearly a dozen more aides at nearly $100,000 apiece?? Where'd that money come from - the FDNY budget?? Want to save some money? Stop funding $4 million per year to try to find playboy magazines laying around firehouses, which aren't there, or Internal Affairs raids that consistantly find - NOTHING!!