Another attempted sex assault in Queens 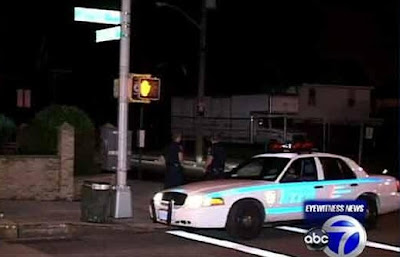 QUEENS (WABC) -- An unidentified woman fought back against and escaped a would-be attacker who tried to grab her on a Queens street early Monday morning, according to police.

Authorities say the incident happened just after 1 a.m. at Sutphin Boulevard and Yates Road in the Cedar Manor section.

Police say the assailant tried to grab the woman. She screamed and fought him off before he ran away without harming her. She refused medical attention.

At this point, police say they can't say for certain if this is part of a pattern of sexual assaults in the southern sections of Queens.

Investigators from the 103th Precinct are pursuing the case. Right now, they have no firm description of the attacker.

In the early morning hours of Sunday, a man reportedly dragged a 19-year-old woman into a backyard in Laurelton, Queens, and sexually assaulted her.

It happened near 133rd Avenue and Farmers Boulevard.

On July 9, a 16-year-old girl on her way to summer school in Queens was dragged behind an abandoned building and sexually assaulted by a blade-wielding attacker. Police say the assailant pounced at about 8 a.m. as the teen walked in St. Albans.

He reportedly put a box cutter to her throat and forced her to the back of 121-02 Merrill Street, a vacant church building, cops said.

Police said the suspect, who was described only as having a Caribbean accent, forced the student to perform oral sex on him before he ran off.

She was taken to an area hospital for treatment. Cops said she was not slashed or stabbed during the sexual assault.
Posted by Queens Crapper at 12:26 AM

I didn't know DPG could speak with a carribean accent.

Why can't these pervs just go to hooker?