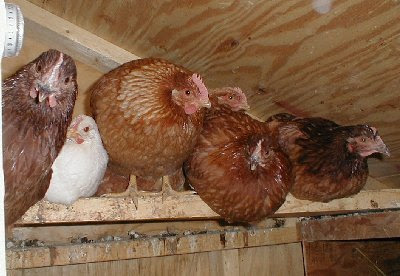 Bringing lobbyists into the picture would be a logical extension of the city's Department of Investigation probe of the council's finances and distribution of public funds, which has led to the indictment of two council aides for allegedly embezzling $145,000 from a city-funded organization. The U.S. attorney's office also is investigating the City Council.

Many organizations seeking funding from the city hire lobbyists to represent them at City Hall and help compete for public dollars.

Some city lobbyists also work as political consultants to council members, a dual role that has drawn criticism from some government observers who say the practice could lead to abuse or expose lobbyists to unnecessary conflicts of interest. The practice is legal.

Who could they possibly be talking about?
Posted by Queens Crapper at 2:43 AM

Parkside wants to develop a new building for use as a jail. Apparently, city hall is insufficient.

It is outrageous that ANY of the sky-high taxes we pay in NYC go into slushfunds to be doled out to favored local groups, with no oversight.

There is nepotism in many places, including Liu's office.

The MTA is one of the better/ fairer groups out there, for the record.

Parkside is in trouble, though.

What Nepostism in going on in Liu's office?

While they are at it they should also investigate Councilman Gennaro for conflict of interest infractions. He claims to be fighting the fight, working to protect the community against Saint Johns off campus dorms all while accepting$$$$ from the developers that are building it.

Gennaro brother in law got a job with a non profit funded by one of Gennaro member items.

Giannoulis himself has enjoyed his own patronage perks. In 1998, he was appointed by former council leader Peter Vallone to the city's taxi commission. The following year, Giannoulis was listed as the intermediary for some $10,000 worth of contributions from taxi industry figures to Vallone's failed mayoral campaign.

Is it not wonderful how this person works for that and that relative benefits from this, ad infinitum.

All perfectly fine when the press, instead of writing up this shit, simply issues press release after press release with a pol standing amid beeming seniors and or students.

Does anyone have any facts regarding nepotism in John Liu's office?

Now let's see where all of
Evan Stavisky's "Parkside" cockroaches run to hide!