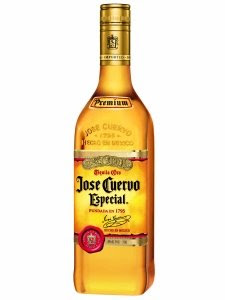 NEW YORK (NBC) -- A city health inspector has been arrested after he was accused of shaking down a Brooklyn restaurant for $500 and a bottle of tequila.

Etibar Aliev was expected to be arraigned Friday in Brooklyn court on several charges, including receiving a bribe.

The city's Department of Investigation says the 42-year-old went to the restaurant Tuesday and suggested he could close it because of violations.

The DOI says that's when Aliev said he could help the restaurant avoid closing. He later arranged a meeting at the restaurant with the establishment's owner.

With DOI investigators monitoring the meeting, Aliev offered to help with future inspections and took the $500 bribe.

The DOI says that on his way out of the restaurant Aliev asked for the bottle of booze.
Posted by Queens Crapper at 12:03 AM

Ahhh Jeez now our imported Russian mafioso's are drinking Tequila ?
This multiculturalism dunk is out of control.

2 WTF is an off the boat Russian national doing with City Service job in the first place. Do Americans work for the Russian Gov ?

It's a common misconception, but Tequila doesn't contain any worms. A similar drink called Mezcal gets the honor.

"The use of the worm is exclusive to mezcal, since the Mexican standards authority, Norma Oficial Mexicana (NOM), prohibits adding insects or larvae to tequila."

Yes but I couldn't use my cute pun if I didn't play to people's misconceptions. :)

It is so common.. just like people think Jose Cuervo is good tequila.. lol.. in fact, they should put a worm in it to make it taste better.