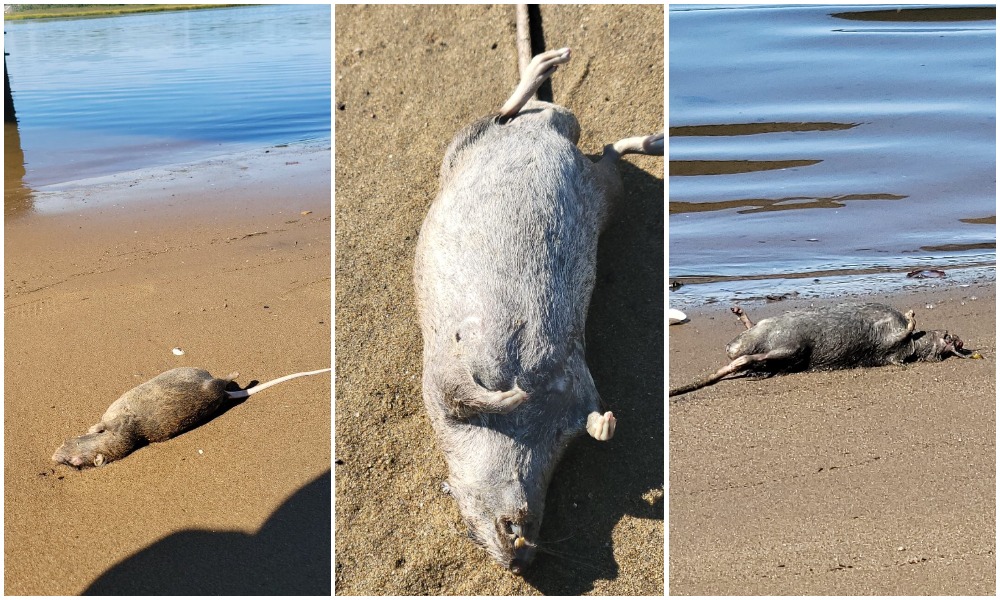 Neal Phillip was biking through Canarsie Park on Saturday when something stopped him in his tracks: nearly a dozen bloated rat corpses, lying belly-up on a stretch of sand overlooking Jamaica Bay.

“When I saw the first one, I thought it was strange. Then I started seeing them all over the place,” recalled Philip, a professor of environmental science at Bronx Community College. “Seeing them dead like that wasn’t very pleasant.”

In recent days, similar displays of mass rodent death have appeared elsewhere in the five boroughs, a grim outcome of the floods brought by Tropical Storm Ida. Experts believe that hundreds of thousands of rats may have perished in the deluge, amounting to one of the largest vermin depopulation events in decades.

“With this particular storm, any rats that were in the sewers were either crushed by the current or were swept out into the rivers,” said Bobby Corrigan, a longtime pest control expert and former ​​rodentologist for the NYC Department of Health. “I can’t imagine they would’ve survived.”

While there are no reliable counts of New York City’s rats, estimates typically start in the many millions. A significant portion live in the subways and sewers, both of which were swiftly inundated during last week’s historic rainfall.

Good riddance to the pests.

I'm a liberal and I feel extremely sorry for the deaths of all those poor oppressed rats. Can't we create equitable, green housing for these wonderful creatures that add so much to the vibrant and diverse fabric of NYC? And how about special 'rat lanes' so that they don't get hit by careless drivers and pedestrians?

Is this something everyone can agree on?

They shouldn't have talked to the cops.

Don’t cry for me Argentina

"Rodentologist?" I missed my calling.

The only good rat is a dead rat. And this is some kind of problem? No! This is a day of extreme gladness upon the lands. Yea I say verily unto you the carcass of the rats of death shall be surrendered unto the King of Rats at the plantation doors upon the dawn. Hark like the pied piper these carcasses belong to Wilhiem und Chirl who embody the rat tunes because they themselves are rat finks.

Rats? Dead rats? Are we talking about lawyers or politicians?

It was reported that over 100,000 rats were killed due to the subway and sewer flood. That's a piece of good news.