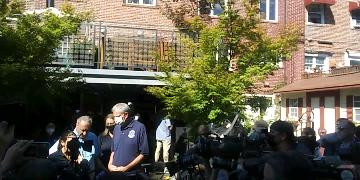 Rep. Alexandria Ocasio-Cortez gave Mayor Bill de Blasio a pass for failing to warn New Yorkers about the fatal storm that lashed the city last week — preferring to pin the blame on climate change — but her Queens constituents slammed Hizzoner and other city officials for their lack of preparedness.

“There was absolutely no warning. I wasn’t expecting water from my own drain to be the one that’s going to kill me,” Rivera said, her voice shaking with emotion.

Rivera’s arms and stomach were still bruised from when her son had to yank her out through a basement window as it filled with water that bubbled up from her drains Wednesday night.

“This is a nightmare. A disaster,” Rivera said, noting that her home also flooded in 2008. She said city officials told her at the time that they’d make sure it never happened again.

“The catch basins don’t get cleaned often enough. The last time I saw them cleaned was five years ago,” Nieves, a retired Off Track Betting clerk, told The Post from her Woodside basement where the paneling had been ripped off to reveal spots of black mold. 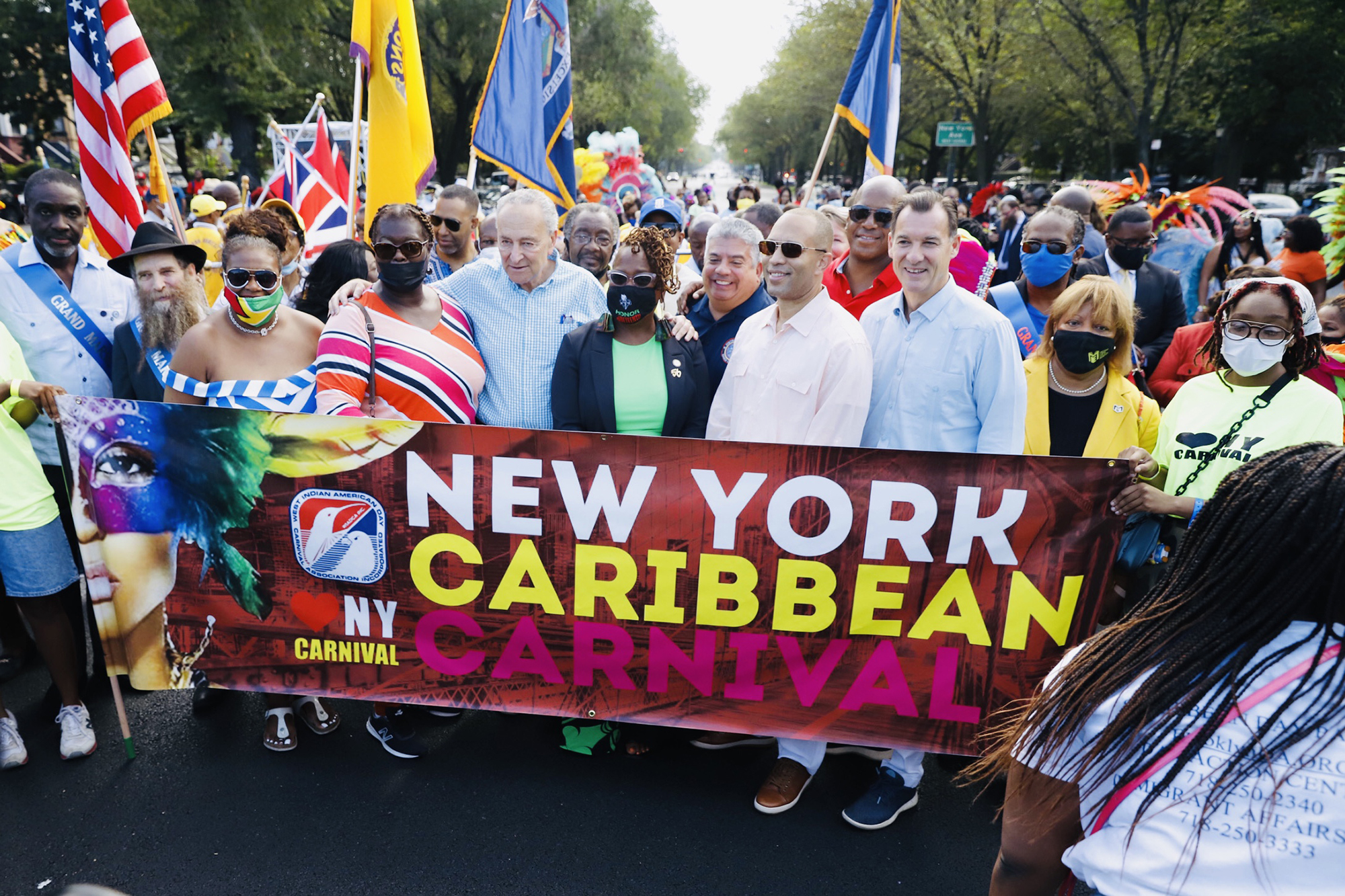 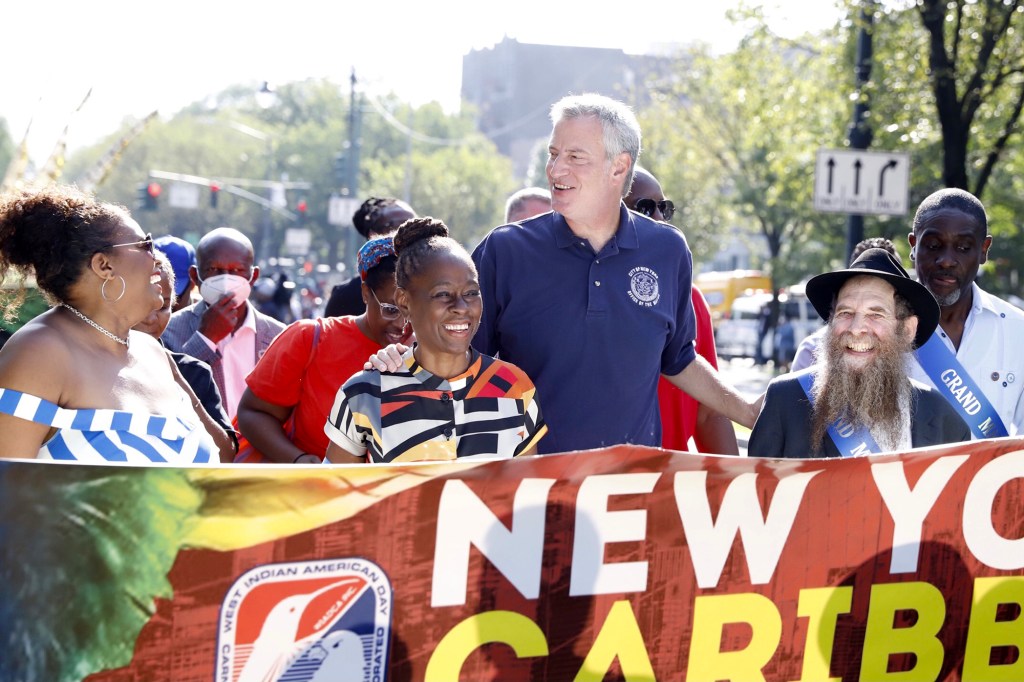 The parade kicked off at 9 a.m. in Crown Heights and lasted about an hour — featuring two floats with DJs pumping out music, dozens of dignitaries and more than 500 flag-toting marchers and colorfully dressed revelers.

Some parade perennials — like Terry Owens — were outraged that a smaller celebration of West Indian culture took place even after de Blasio nixed the parade altogether for the second straight year due to COVID-19 concerns.

“I am disappointed because I brought my family up here that wanted to see it. They came all the way from Alabama,” Owens, 59, griped, adding that he just happened upon the parade while out for a walk.

“It makes me angry, too, because they could have been out here. They are home sleeping,” Owens continued. “I come every year. I was talking about it and I wanted them to come see it. I said, ‘You all need to come,’ so I was looking forward to coming. I kept asking, I kept hearing, ‘No, it’s canceled, it’s canceled,’ so I am doing my morning walk and I saw it and I said, ‘Wow, it’s here.’”

No warning? I got about ten warnings on my phone.

If assholes didn’t keep dumping garbage on the street, the sewers wouldn’t be blocked..

If people went out and raked up leaves from the drain holes when they heard the warning, there would be less issues.

And yes, climate change is a big factor. Except if you are a Fox News Sheeple.

We’re there any proud boys attending?

Yes, DeBozo is responsible for this mess and for the innocent peoples' lives who were killed by water from their own drains!
Absolutely correct, no cleaning, nothing. But he has money for bike lanes, cameras and other revenue generating scams.
Ripping of motorists, home owners, pretty much everybody in NYC.
Communism is great on other peoples' money.

This guy needs to be taken to court and locked up for a long time.

It's the Drains not being cleaned Stupid !

"If assholes didn’t keep dumping garbage on the street, the sewers wouldn’t be blocked."

I want to fly away
I want to fly-fly-fly-fly from the dirty boulevard
Lou Reed
https://www.youtube.com/watch?v=tpxJdlcd45U&ab_channel=claus1x23g11

deBozio can't wait for the next Juneteenth celebration to gather more Sheeple !

New York City has become the official sponsor of the Victim Olympics.

@If assholes didn’t keep dumping garbage on the street, the sewers wouldn’t be blocked.

Needs to be cleaned once a year, including drains around your house.

We need a major investigation folks!!!!

What? You expect illegal aliens to sweep up leaves for free? By the houses they bought with their tax free dollars! We have to give them special rakes, protective clothing, grants, bottles of water and free lunch like they give the day laborer bums by the 65th street park in Woodside

That parade is NOTORIOUS for violence and shootings. END IT!
Oh....but we can’t. AOC and Dems need the rabble vote!

Apparently now even the sewers can handle deBozo the Clown anymore.