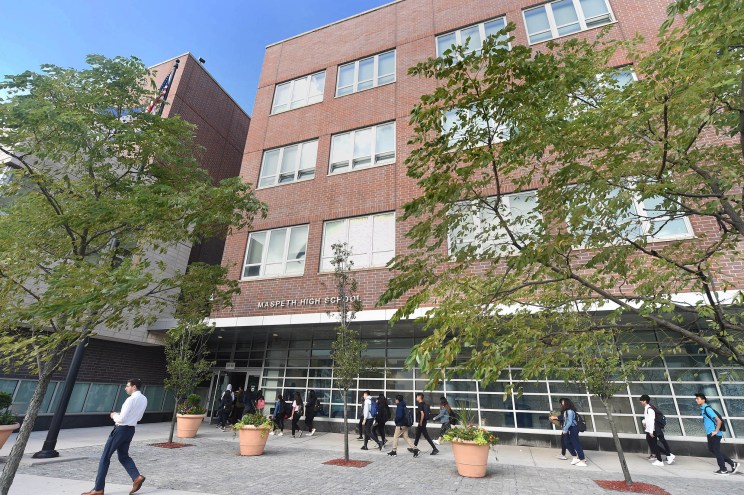 Let them work at Taco Bell.

Maspeth High School created fake classes, awarded bogus credits, and fixed grades to push students to graduate — “even if the diploma was not worth the paper on which it was printed,” an explosive investigative report charges.

Principal Khurshid Abdul-Mutakabbir demanded that teachers pass students no matter how little they learned, says the 32-page report by the Special Commissioner of Investigation for city schools, Anastasia Coleman.

Abdul-Mutakabbir told the teacher he would give the lagging student a diploma “not worth the paper on which it was printed” and let him “have fun working at Taco Bell,” the report says.

The teacher “felt threatened and changed each student’s failing grade to a passing one.”

The SCI report confirms a series of Post exposes in 2019 describing a culture of cheating in which students could skip classes and do little or no work, but still pass.

Chancellor Meisha Porter, who received the SCI report on June 4, removed Abdul-Mutakabbir from the 1,200-student school and city payroll in July pending a termination hearing set for next month.

But she left Maspeth assistant principals Stefan Singh and Jesse Pachter — the principal’s chief lieutenants — on the job.

Singh and Pachter executed the principal’s orders, informants said, and helped create classes to grant credits to students who didn’t have to show up — because the classes weren’t even held, according to the report.

Abdul-Mutakabbir, Singh and Pachter all refused to answer questions by investigators, citing a right to remain silent, SCI says.

In addition, three teachers in the principal’s “clique” – a favored few who followed orders and got lucrative overtime assignments — also remain.

"Rules for thee, but not for me." If anyone is surprised by this, they shouldn't be.

Imagine trusting the government schools with your children.

It's no secret that this has been going on in all the public schools in the city.Schools are over crowded and they don't want to leave kids behind and only over burden the system.Push them thru and then lower standards for college.That's what they call getting an education nowadays.