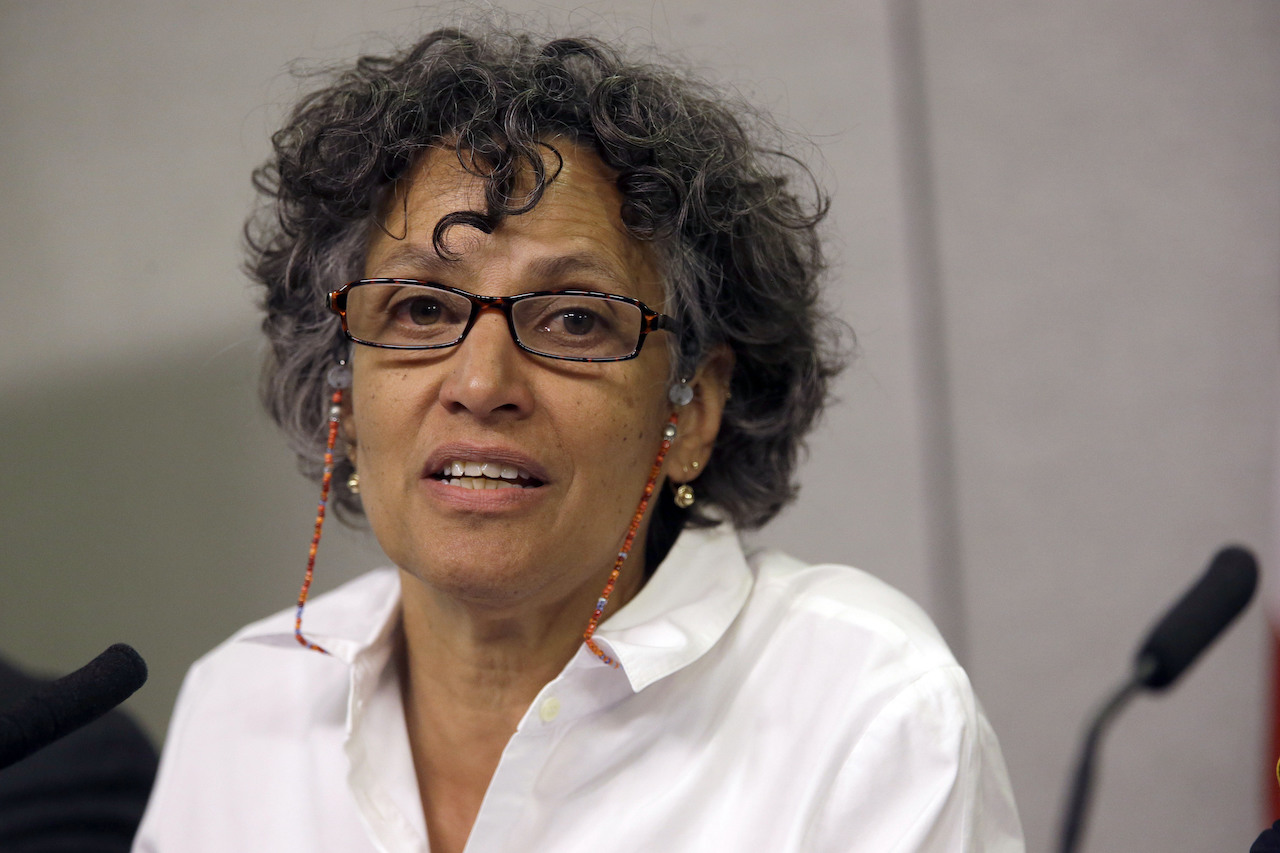 Zucker submitted his resignation last week, amid growing calls for his dismissal over his involvement in the state’s much-criticized handling of the Covid-19 pandemic and its death toll in nursing homes.

“Our recovery from this pandemic requires tested leadership and experience to improve health equity and access across the state, and Dr. Bassett is perfectly equipped to lead the New York state Department of Health during this critical moment,” Hochul said in a statement Wednesday.

Her departure as city health commissioner in 2018 coincided with a probe by the city Department of Investigation into her agency’s handling of lead-paint inspections in public housing. She denied any connection between the two.

While working for de Blasio's health department, Dr. Mary deliberately lowered the city's standard threshold of lead contamination in blood levels so NYCHA could pass inspections for toxicity levels, and then she ran to Harvard after the jig was up. Can't think of a more exemplary hire to promote,legitimize and protect Empress Kathy's authoritarian, punitive and counterproductive vaccine mandate.

Never, ever elect or appoint a woman to ANY position of authority. 99 times out of 100 it's a disaster. A tyrannical, emotion-driven, logic-free disaster.

Shit just moves from one toilet to another. When government runs correctly it is good, but when it doesn't, which seems to be most of the time, especially in NY, it is CRAP.

Lead in the water is fake news. It's a communist plot to deprive us of our constitutional freedoms to drink whatever water we want. Enough of this Tyranny.

Commies everywhere. Deranged one on top of it.

Look at this degenerate communist.

Its going to get worse then this, big stealth has been in the works.
Hart Island is being turned over to Dept of Human Services next week--NOT PARKS as the public has been told.
Everybody currently working is being fired. Dept of Human Services is going to give the jobs to people let out of Rikers and criminals as deferred jail.
Hart Island has always used inmates for burials but now they are going to use the Island to train them in demolition. Some kind of experiment to encourage homeowners to get rid of old small buildings free without hiring contractors.
Everything on the Island is coming down, (not much left anyway, including the old church & steeple (collapsed into the roof which is also 1/2 down)
Parks dept will be on hand to help train all those for demolition. Social workers are already knocking on doors offering City Cash for housing. I just told one of them FUCK YOU, the Governor and deBlasio along with the rest of my neighbors.
--As usual we all got called racists.
The politicians and the press are coming next week to make the announcements when they get the wording and speeches right. Translation = Sugar wording void of details that wont piss everybody off so close to election time.

Remember I said it first, all the press has an embargo issued by the mayors office.
NOT ME, FUCK YOU DEBLASIO !! !!

Hello! Hello!
Is there anybody down there who isn't a communist? If you hear me, can you close the door and turn out the lights.

Kathy has the same handlers as Joe!

NOT ME, FUCK YOU DEBLASIO !

how about sending him to the gallows?

Communism and Socialism are the same shit.
Bastards & released hard criminals are in full force overtime.
Turn out the lights? Hmmm...More like couple dim bulbs burning but nobody's home.
If you love your city, automobile and property and hate crime gotta vote Sliwa.

When Joe speaks, there's a good chance that we'll soon hear from Zoe. Yeaaah.
It's the weekend!

@Lead in the water is fake news. It's a communist plot to deprive us of our constitutional freedoms to drink whatever water we want. Enough of this Tyranny. @

You should get the Stalin Award.
Lead is a huge money maker for the law firms. They are hardly communists except the ones in politics.
Get your vaccine bozo.
Jab or no job.
You know like in a free democratic constitutional republic.
Wait for the chief rancher for the next mandate for cattle like you.

@"If you love your city, automobile and property and hate crime gotta vote Sliwa.'

I'm voting for one of his cats. Not sure which one though. Any recommendations?

"I'm voting for one of his cats" I like Pussy too.

@"Lead is a huge money maker for the law firms."

Yes, it's also the reason that so many baby boomers have such a low IQ. I guess it's not their fault that they helped so much to destroy the country and the planet.

Yes, it's also the reason that so many baby boomers have such a low IQ. I guess it's not their fault that they helped so much to destroy the country and the planet.

Low IQ - check.
The rest is indoctrination from a young age.

I'm voting for one of his cats.


Better yet just take your medication.

"I'm voting for one of his cats" Better than any NYC Libturd !

She's a woman and she's black so she must be qualified,just ask Biden.