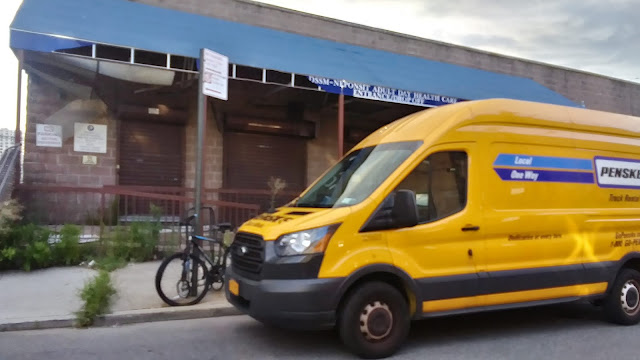 Back in May, as New York was on the precipice of reopening after more than a year of COVID-19 restrictions, the city submitted plans to the state’s Office of Temporary and Disability Assistance (OTDA) seeking permission to begin transferring around 9,000 homeless adults from hotel rooms back to the group shelters the city had used before the pandemic.

The rooms, rented by the city at the start of the crisis at some 60 hotels across the boroughs, were intended to help curb the spread of the virus by providing shelter residents with access to more private space instead of the often crowded, dormitory-style sites that make up the shelter system.

The effort worked—just 0.4 percent of the city’s total COVID-19 cases have been among New Yorkers experiencing homelessness, officials say—but their use was always intended to be temporary, Mayor Bill de Blasio repeatedly stressed.

But a month later, then-Gov. Andrew Cuomo lifted the state’s COVID-19 restrictions and social distancing guidelines in light of increasing vaccination rates, meaning the city no longer needed state permission to move forward on the hotel phase-outs. Those earlier required plans, a spokesperson for the former governor told City Limits at the time, were “moot.”

In the months since, the city has pushed forward on the controversial hotel transfers, despite legal challenges that temporarily halted the practice this summer. And the moves have been carried out without needing to meet the requirements the city set for itself in those May plans sent to the OTDA, since it was no longer required by the state to do so.

But those earlier draft plans, obtained through a Freedom of Information Law request by advocates from the Urban Justice Center’s Safety Net Project and shared with City Limits, offer a look at the city Health Department’s initial recommendations for the moves, at odds with how the actual transfers have been carried out since.

The letter city agencies sent to OTDA on May 18 includes a list of Health Department “shelter reopening metrics,” and recommends that shelter populations should “remain in hotels until the criteria laid out in this document are met.” The criteria included, among other things, that the 7-day average hospital admission threshold for COVID-like illnesses remain below 50 cases per day, and that the city sees “no unforeseen changes in the COVID-19 disease landscape” such as “a major increase in COVID-19 variants of concern.”

The Health Department also recommended that the hotel-to-shelter relocations should be “discontinued (if not yet complete) or there should be a return to the use of hotels” if those factors are no longer met. The city’s average COVID-19 hospitalization admissions began to surpass that 50-case threshold beginning in July; it was 54 on Thursday, city data shows. Meanwhile, the highly contagious Delta variant now accounts for 98 percent of positive city COVID tests over the last four weeks, what advocates argue constitutes a major change in the city’s “COVID-19 landscape” that the DOHMH warned about in its draft recommendations.

Could they be making room for the mass invasion of illegals from the southern border ?
They will be treated better than our poor American Homeless. Prove me wrong...

The biggest problem of the inevitable return of the pandemic is not red-neck Southerners ...

but the Democrat's Open Border Migration policy forces you and me to pay taxes to support the unvaccinated illegals as they get on their feet, brought here for one purpose and one purpose only: become voters for the Democrats increasingly shaky base.

Rather them than a bunch of fat useless southerners, of any color.

Send them to the military base where Jumanne Williams lives.

They will be treated better than most law-abiding citizens in NYC.

"If you don't take this damn vaccine, you ain't black. And hurry the hell up, too. Damn peasants." Xiden and Bolsheviks

I wish I could get the city to pay so I could get a shuttle bus to take where I need to go.

But unfortunately, I am just a law-abiding, tax-paying citizen stupid enough to pay the $2.75 for the bus that is too slow and takes too long since NYC has the largest traffic congestion in the whole country.

And yet, alot of homeless people still get to take the bus for free.

@"since NYC has the largest traffic congestion in the whole country.'

Too many over privileged car drivers insist on taking their big hunks of scrap metal into the city.

We are looking more like China with FEMA housing for non-jabbers.