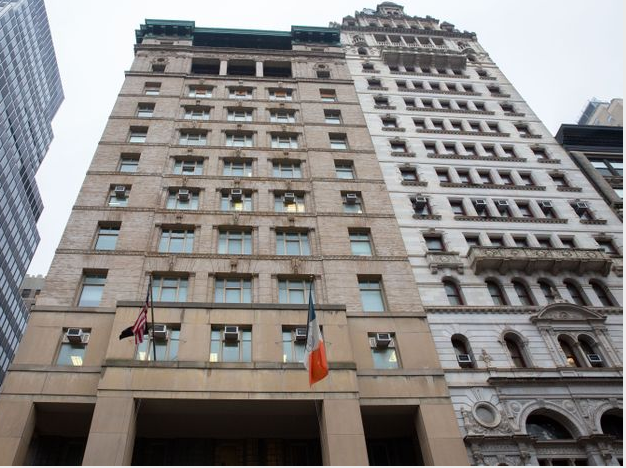 
It took nine months and $8 million to build a two-story library near Van Cortlandt Park in The Bronx last year.

Meanwhile, a project to repair office space and construct a hearing room for the city Landmarks Preservation Commission’s new home has ballooned to an estimated $62 million — and the completion date has been delayed four years.

The budgeted cost has jumped by $33 million since 2016 due to structural problems discovered inside the historic Postal Telegraph Building in Lower Manhattan, according to records from the city’s Department of Design and Construction (DDC).

“DDC has to get better with rolling with scope changes,” said Jonathan Bowles, executive director of the nonprofit Center for an Urban Future.

Near the end of Mike Bloomberg’s mayoral tenure, the commission asked for additional space, noting its staff had grown 35% “to meet demand for the increasing number of permit applications.”

The Landmarks Commission’s move — from the Municipal Building at 1 Centre St. into six floors at the landmarked 253 Broadway, near Murray Street  — was approved by the city’s budget office and the department that oversees office space.

The expanded office space and modern hearing room inside the city-owned building initially was expected to be ready by December 2017, records show. But the project is currently 39% complete and is now set to be finished in Spring 2021, according to DDC.

“A lot of additional work was added since the project was created,” said Ian Michaels, a DDC spokesperson, noting some of the repairs were tied to unavoidable safety measures.

Engineers discovered a leaky roof, asbestos and damaged terra-cotta ceilings, he said. They also cited needs to remove abandoned wiring, repair water damage from old leaks, restore sidewalk vaults and install a new central exhaust line for bathrooms to get up to code.

The issues have led to 119 so-called “work change” orders so far, Michaels said.

Mayor Robert F. Wagner created the Landmarks Preservation Commission in 1965 to protect historic and architecturally significant structures. The agency, comprised of a panel of 11 commissioners supported by a staff of 84, receives around 14,000 applications a year from property owners seeking to make changes to their landmark buildings.
Posted by JQ LLC at 6:36 AM