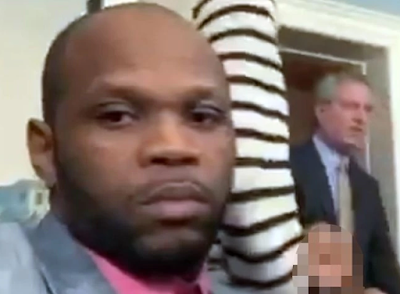 Criminal Justice. McPhatter’s paycheck was slashed to $157,828 in July, a mayoral spokeswoman confirmed.

The advocate’s nonprofit, Gangtas Making Astronomical Community Changes, has a $2.3 million deal for a wide array of services in 2020 to reduce violence behind bars and on the streets.
Documents and tax records indicate the vast majority of the group’s funding comes from the city. A

City Hall spokesman confirmed the entirety of McPhatter’s salary was paid by the city. The vast majority of G-MACC’s funding comes through city contracts, documents show.

“Many millions of taxpayer dollars are allocated to community based organizations across the city and the integrity of the process is paramount,” said Councilman Joe Borelli (R-Staten Island). “I hope the city can come together with us in the Council to ensure this doesn’t happen in the future.”

McPhatter’s group, commonly known as G-MACC, has partnered with the city since 2014 on anti-violence initiatives. Its members have led conflict mediation at Rikers Island and juvenile detention facilities. G-MACC also ran a program called “Mackin’ to Be Elite” through the Education Department.

City Hall credits G-MACC for no shootings in a roughly six-block stretch of East Flatbush between May 2019 and January 2020 .

McPhatter’s salary steadily increased as G-MACC expanded its partnership with city agencies including the Department of Correction, Administration for Children’s Services and Mayor’s Office of Criminal Justice. He earned $85,000 in 2016 as the group’s CEO, according to filings with the Comptroller’s Office. That figure jumped to $115,585 in 2017 then $134,196 the following year before ballooning to $282,990, tax records show.

There hasn't been a shooting on my block in all the years I have been here. Where do I send my bill?

He has a ridiculous-sounding name.

What punishment that they reduced his inflated, ridiculous salary by half! Take it from him and give it to Crime Victims.