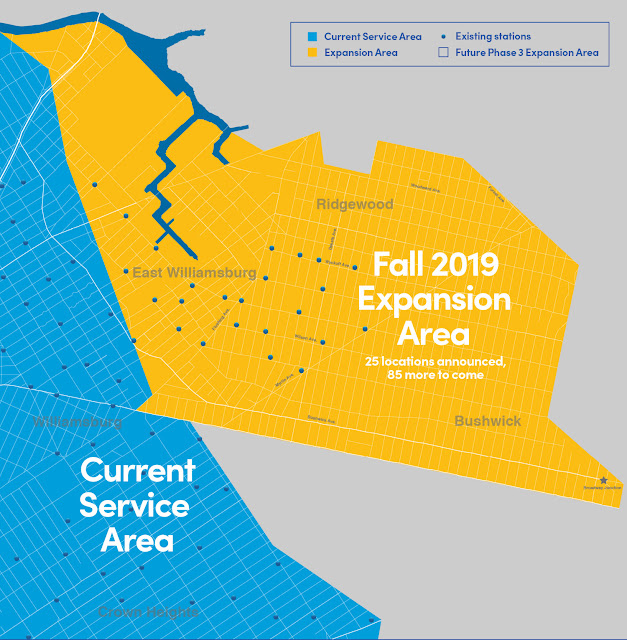 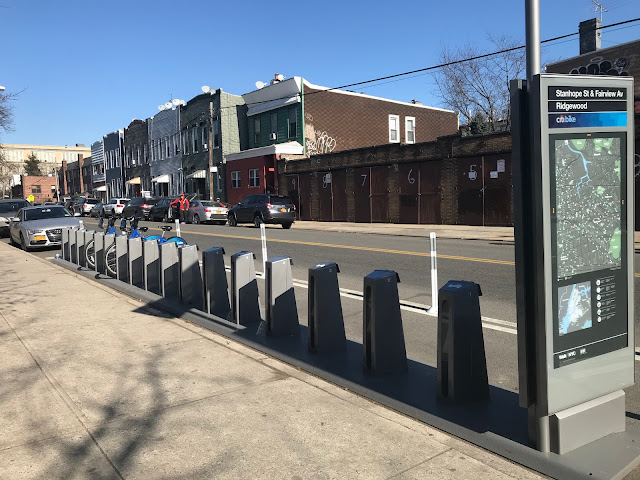 I walked around Ridgewood this weekend and was struck at how few bikes were in the newish CitiBike racks in the hood. 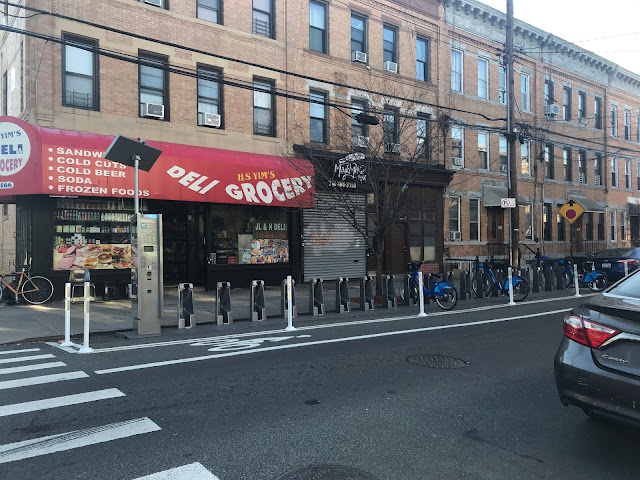 At first glance, it looks like the program is quite popular in the neighborhood as there's hardly a bike to be found. 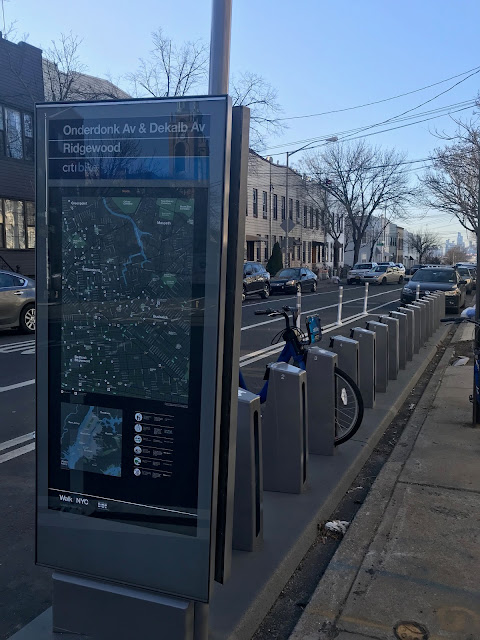 But upon further discussion with neighbors, the truth came out. "They put the racks in last year but never stocked them with bikes." "They took away parking spots for this but didn't supply any bikes." "Why did they do this? Anyone here who wants to ride a bike already owns one."

And there you have it. Anything to make life more inconvenient for drivers, eh Polly?" - Anonymous


This post by New York Gentrification Watch (which focused on Citibike's expansion into yet to gentrified mostly Black neighborhoods in Brooklyn, they do still exist) last summer predicted and now confirms this spiteful disservice to the citizens of Ridgewood. This should qualify as a land use issue.- JQ LLC

Last week on Curbed, via the NY Daily News, it was reported that a nonprofit, New York Communities for Change, commissioned a study to look at how well Citi Bike was serving NYC residents. Conducted by the Urban Politics and Research Governance Group and called “Bridging the Boroughs,” it came to the totally shocking, unseen and far out of left field conclusion that Citi Bike is being used exclusively by a young white affluent demographic

Initially, my reaction to the Bridging the Boroughs study was, “No DUH. Of course.” But a few minutes into reading about it, alarm bells immediately started going off. Here’s why:

That Citi Bike is exclusively catering to a demographic that doesn’t include the poor and people of color shouldn’t have been a surprise to anybody. It’s so obvious that I can’t even believe people would waste time creating a study based around this very obvious fact. After all, this is who that service is for–tech-oriented, upper middle class white millennial-age transplants who have the money and the time to waste on what’s essentially a luxury.

Why is Citi Bike a luxury? Because no one needs it to commute by bike in NYC. They just…well, don’t. Wanna commute? No problem. Go to a bike store, a Sears, a Target, a local NYC bargain basement, Craigslist or a thrift shop. Pick any one of a number of bikes available. Take it home. Then take it out whenever you need to go somewhere. If you don’t have the space to store a bike, then get a folding bike.

Easy peasy, right? That’s what I did. That’s what hundreds of thousands of people around NYC did and continue to do. Did we need a Citi Bike to start bike commuting? No.

But you see, here’s the thing–some people don’t want to get into bike commuting the “easy peasy” way. For one, to go out and buy a mass-produced bike like any Tom, Dick or Harry would make you like everyone else. If you’re a privileged snot from a particular demographic, you can’t do that because you’re not like everyone else. Your bike has to be niche. It has to come in a unique design and color and be associated with something distinctive that sets it apart from the bikes that everyone else is using.

Furthermore, it’s simply too mundane, “lo-tech” and old-fashioned to grab a mass-market bike and roll it out the door like every other human being. Gadgetry must be involved, as well as a highfalutin way of acquiring and using said bike. This is so your ride acquires a level of sophistication and coolness that makes you superior to the dumb, older, unsophisticated masses who aren’t smart or cool enough to use a bike that requires a smartphone. If you have to spend more money than necessary on a service to get this experience, all the better. That only makes it worth paying more money for, because this turns it into a luxury that most can’t afford.

It was people like this for whom Citi Bike was created, people who have the disposable income–and the waste of time–to use a system in which they have to jump through hoops to commute by bike. Urban planners, Big Development and their political cronies know this. It’s why Citi Bike was rolled out in the first place. Contrary to everyone’s assertions that it was about making bike riding more accessible to New Yorkers, Citi Bike seems to me to have been a cynical strategy to alert certain affluent demographics on the west coast and perhaps in Europe that NYC was now “up to their standards” and worth moving to.

Jeez how many public parking spaces are being seized and conveyed to this private corporation?
Talk about Racketeer city !!!

NYC DOT Traffic Rules title 34 chapter 4
7) Unofficial reserving of parking space. It shall be unlawful for any person to reserve or attempt to reserve a parking space, or prevent any vehicle from parking on a public street through his/her presence in the roadway, the use of hand-signals, or by placing any box, can, crate, handcart, dolly or any other device, including unauthorized pavement, curb or street markings or signs in the roadway.

Does anyone here know if Citi Bikes have tracking devices?

Jeez, how much of the public street is being seized and conveyed to private vehicle owners? At least Citibike pays the city to lease the spots they use.

You're being played NYC!

Minababe at NYCGW writes exceedingly well and is on point. Can't think of a better definition of the CB prog than a 'trojan-horse for gentrification'. That said, I've no problem with leasing out cheap bikes - but if you've been to Japan you've seen that some places have a very clever way of storing and retrieving bikes from underground cylindrical (columnar) lockers: video (41 seconds). It takes <13 seconds to store and retrieve the bike. Sure, it's more expensive to build, but the things can hold 200 bikes, that's plenty more than the bike-banks can, and take up less space to boot. We've money for so many other boondoggles, after all...

Once the bus redesign comes through here in Queens I see many of those bike stands be by those bus stops.

Anything to take away parking spots, its obvious BOZO is doing this to make it harder to own a car..and don't forget to BILLY IDLE with the heat and air conditioning running.