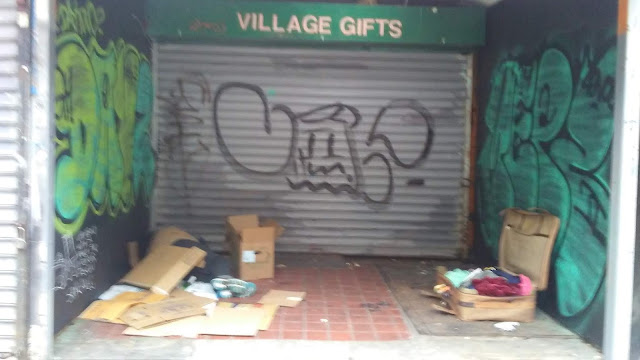 
But that change doesn’t apply to New Yorkers.

The so-called confessions of judgment are illegal — but only for lenders located out of state. The law, passed after a Bloomberg News expose, was aimed at ending a flood of nonpayment cases clogging county courts.

A review by THE CITY of state court records found that small businesses in New York are continuing to sign papers with in-state lenders that leave them defenseless if they struggle to make payments amid interest rates hitting as high as 200%.

The court records show confessions of judgment being used to collect debts from everything from local restaurants to nail salons to a nightclub to an accounting firm, among other small businesses. Cab drivers who borrowed to buy their own taxi medallions have been hit hard by the judgments, too, as highlighted in a New York Times series.

To take the money — at a 25% interest rate — Goldberg signed a confession of judgment, a statement that admitted failure to honor the debt. That meant if he could not make his daily payments of $465.63, the lender had the right to collect the advanced sum in full.

“We’re trying our best to deal with it. I can’t say anything more,” Goldberg told THE CITY when reached by phone.

Capital Advance Services did not respond to a request for comment.

Goldberg’s legal battle follows the shuttering of another Manhattan foodie magnet, City Bakery, just days after a cash advance company obtained a judgment against its owner — who also signed away his right to defend himself in court.

“The biggest loser, unfortunately, in this legislation are New Yorkers,” said Shane Heskin, an attorney who works with small-business borrowers ensnared by high-interest cash advances.

If you need that much money to keep your business afloat you probably should not be in business in the first place.

Create a hostile ecosystem to anything smaller than a Duane Reade chain, then kill it with debt.

Amazing, Cuomo and DeBlasio (along with their cronies in the legislature) seem to be doing everything they can to make NYC unaffordable and unlivable. They won't be content until all parking spots are replaced by bike lanes, all mom & pop stores are replaced by international chains, and all us inconvienent minorities and white ethnics are replaced by hipsters with trust fund and 'acceptable' political opinions.

"Create a hostile ecosystem to anything smaller than a Duane Reade chain, then kill it with debt."

HUH? If you're borrowing money to pay bills you can't pay you don't borrow more money at ridiculous rates.

@Anon - it's on them for doing so, but I doubt they knew they'd be paying up to 200% interest when they agreed. Look at things holistically - the conditions that push small business owners to get into this crazy kinds of agreements do no arise out of a void.

That would make a Mafia loan shark blush!

What's amazing is your comment, it's the best take I've seen in a long time about what is and who are plaguing this city

This is why I agreed to help continue this blog.

" I doubt they knew they'd be paying up to 200% interest when they agreed."

Then what did they know or think they would be paying?

Aren't interest rates that high illegal? A mobster offering these terms would be tossed in jail for loansharking.