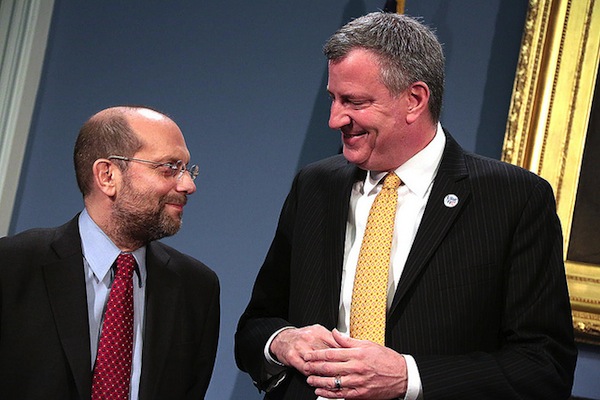 
The city on Wednesday filed a complaint in Manhattan Supreme Court seeking a temporary receiver for one of New York’s largest homeless service providers — an act officials referred to not just as unprecedented, but as a source of pride.

They had diligently built a case alleging fraud against Childrens Community Services — a firm that’s reaped nearly $500 million in recent years — and were now taking action to protect both taxpayers and the homeless, officials said.

“We’re proud that our staff saw something and said something,” said Isaac McGinn, a Department of Social Services spokesperson.

But the city’s own court filings show that warning signs about the firm began to emerge as early as September 2015.

A review of those filings and other documents by THE CITY reveal a nonprofit formed in 2014 by a former hotel executive that quickly expanded into a multi-million dollar operation that provided nearly 2,000 units of housing for the homeless.

But the company kept getting contracts to help with the city’s homeless crisis even as concerns over its operations grew. The suspicions culminated in raids this week by city and federal officials amid the city’s accusations of fraud, bid-rigging and bogus vendor headquarters


From the fall of 2015 into the following spring, the Department of Social Services received invoices submitted with repeat and duplicate charges, the filings show.

In April 2018, a piece by New York Nonprofit Media told the story of CCS under the headline, “How an obscure nonprofit became one of NYC’s largest contractors.”

The story noted that the founder of Childrens Community Services, Thomas Bransky, was a hotelier with no background in homeless services when he launched the nonprofit in early 2014 — and raised questions about whether the company had a physical administrative office.

A copy of Branksy’s resume THE CITY obtained through a public records request shows his previous titles — all at Chicago hotels — were account manager, sales manager and front desk manager.

A message left at a phone number he submitted in documents to the city wasn’t returned.

In May 2018, city social service officials’ concerns about “CCS’s suspicious subcontracting, invoicing and billing practices” prompted them to notify the city’s Department of Investigation.

This week, DOI and federal prosecutors executed search warrants of addresses linked with the firm and its vendors, the court filings show.

Questions sent to DOI late Wednesday about the length of the investigation weren’t immediately answered.
Posted by JQ LLC at 10:45 PM

Bring me the head of Steven Banks

"Bring me the head of Steven Banks."

But first have him style that ugly unkempt beard.

ALAS, the entirely corrupt City Hall is so completely crooked, that that Bill de BLASS-hole and his unresponsive-tyrant henchmen can ALL eat soup with a corkscrew! And, the media be blind ... No wonder ALL openly practiced corruption, graft, greed, lawlessness and vigilantism are back in business with a vengeance——from the top levels of criminal sociopathy from City Hall and Albany, in FULL FORCE——STRAIGHT down to the bottom feeding victims in the rank and file——and, the ever languishing public be eternally duped, bilked, scammed and damned! What? WHAT?? THIS IS NEW???

"The self-righteous rule out the possibility that THEY are what has gone wrong." ——Mason Cooley

❝No amount of evidence will ever persuade an idiot.❞ ——Mason Cooley

❝Nobody in the world, nobody in history has ever gotten their freedom by appealing to the moral sense of the people who were oppressing them.❞ —Assata Shakur

❝Every man is guilty of all the good he did not do.❞ —Voltaire

Fool me once, shame on you.

Fool me twice, thanks for the check!!!

Big doofus is a bit slow. He took the short bus when he was a kid.

IMPEACH this lethally dangerous, and arrogant, cowardly, public servant impostor right NOW, and WITHOUT further delay——and, make him pay FULL RESTITUTION for ALL of the government abused services that he has lavished AND lorded upon himself and his non-politician wife and rugrat family of thieves, whose First Robber, I mean Lady, Chirlane McCray, for the past six years has appointed herself with (she's NOT a publicly elected), TWO personal lackeys at $150K a pop! That's We, the People's publicly unauthorized MONEY!

❝We hang the petty thieves, and elected the great ones to public office.❞ ——Aesop