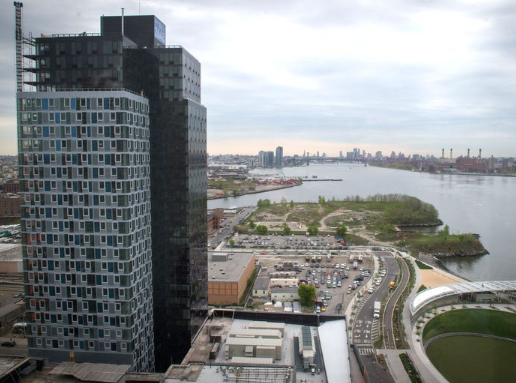 A finance director for the city’s Housing Preservation and Development Department interviewed for and accepted a job with a politically-connected Brooklyn non-profit while considering a development application submitted to the city by the same entity.

Jonathan Beuttler was serving as HPD’s director of Mixed Income Programs in its New Construction Finance Division in 2016 and 2017 when he sat on a review committee for a Queens development that Riseboro Community Partnership sought to win, the city Conflicts of Interest Board revealed Tuesday.

Beuttler failed to recuse himself despite the fact that he was in talks with to Riseboro about a job as its director of real estate development.

He began discussing a job with the non-profit in February 2017, continued those discussions over his HPD email address and a month later accepted an offer.

The application in question, for a development in Hunter’s Point South, came from Gotham Organization, which listed Riseboro Community Partnership as a member of its team.

As part of an agreement with the conflicts board, Beuttler admitted wrongdoing and agreed to pay a $4,000 fine.

4,000 bucks, the cost of networking yourself while serving taxpaying citizens.
Posted by JQ LLC at 11:58 PM

What’s the big deal?!
Queens County Housing Court judges own buildings that they evict tenants from!

The big deal is most accept corruption, becoming completely desensitized to it.

So this is what DeBlasio means by progressive...hiring trust funders and miscreants like Beuttler and Restler who feed at the trough of greed, ignorance, and corruption. DeBlasio is as much a robber baron as the reptillian real estate developers.

An other desensitized voter who accepts the plunger up his ass.
No wonder the various "isms" did well in other places.
Some folks enjoy the plunger.

Ridiculous. Running a small community non-profit that looks after people with developmental disabilities, you gotta bend over backwards to have every little i dotted, t crossed, reams of endless paperwork in order, just to help people out providing some basic care and sustenance. But glorious City employees once again show the meaning of the phrase, "Rules for thee, not for me".

4K is nothing to big time thieves like this. Punish the little guy to get em to give up and move out, and pay your cronies to take over, that's the NYC way.