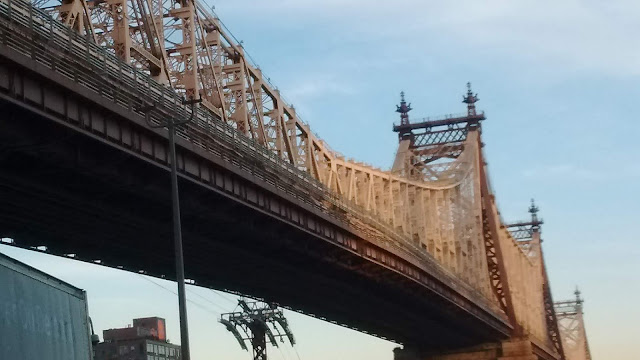 Mayor de Blasio has set Tuesday, March 24 as the date of a special election for the post of Queens borough president.

Melinda Katz, who would have been term-limited out of the post in 2021, vacated the office on Wednesday when she was sworn in as Queens District Attorney. Katz’s deputy, Sharon Lee, is serving as acting borough president.

De Blasio made the announcement in a statement issued by his office just after 6 p.m. on Thursday.

“I encourage all eligible Queens residents to vote in the upcoming special election, and I thank outgoing Borough President Melinda Katz for her leadership and increasing the World’s Borough’s diversity and dynamism, and wish her all the best in her new role,” the mayor said.

The Queens County Democratic Committee this past Monday endorsed City Councilman Donovan Richards (D-Laurelton) for the post. The timing and manner in which the meeting was conducted — it was scheduled at the party’s Forest Hills headquarters at 8:30 a.m. on less than two days’ notice — drew criticism from Councilmen Jimmy Van Bramer (D-Sunnyside) and Costa Constantinides (D-Astoria), who also are candidates along with former Councilwoman Elizabeth Crowley and former police officer Anthony Miranda.

The candidates now have 12 days to gather the 2,000 signatures the need to get on the ballot.

Donnie's got this locked. de Blasio's decision shows that he's just as obeisant to the Queens Machine as he is to his real estate developer overlords

Find out how the people who get the signatures are treated. They're paid minimum wage, are screamed, yelled and harassed by the so called organizers. Then the campaign office will take three or four months to pay because they are either waiting to file their financial reports with the Board of Elections or are looking to screw over the more dimwitted canvassers.

The organizers will breath fire down their backs to get them to get more signatures, making the hapless think that there is a quota of signatures. It is a very hard job. You are dealing with the NYC public who are particularly abrasive and sometimes violent.

The campaign organizers will try to pay you by signature or shift. Both are against NYS campaign laws. You must be paid by the hour.

I miss the good old days of Donald Manis and honest corruption.

Donald Manes. No you don't. Is just a continuation of the good old days corruption.