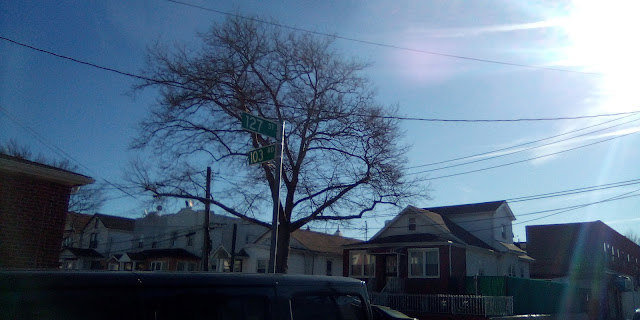 A 92-year-old woman died after someone apparently strangled her outside her Queens home, police sources said Wednesday.

Investigators now, however, believe she was the victim of a homicide, and that someone strangled her on the street until she slumped to the ground.

A neighbor found her, and ran to alert her son, who was hanging out at a nearby deli.

“A guy came into the store and said, ‘I found your mother on the street,’” Ray Fuertes, her heartbroken son, told the Daily News Wednesday night.

“I got into the ambulance with her. she was still conscious but she couldn’t talk. She had a gash on her head and some bruising near her chest,” the 52-year-old said.

He ran back into the family’s house to grab his phone, thinking his mother would pull through, and planned to meet her at the hospital, he said. But she took a turn for the worse.

EMTs rushed Fuertes to Jamaica Hospital but she could not be saved.

“The nurse said her heart stopped three times. And then they couldn’t revive her,” he said. “I never expected anything like this.”

Ray Fuertes said his mother has fallen a few times, and he couldn’t even conceive of someone hurting her.

“Homicide. I really find that hard to believe. Why would anybody do this to her. This is ridiculously crazy," he told The News. “I never thought I’d face anything like this. I can barely talk about it.”

The bad days are here again.

The suspect was caught and he's 21 and homeless. He attacked her while she was collecting bottles and tried to rape her according to police and news reports.

I Pray for her and her family !