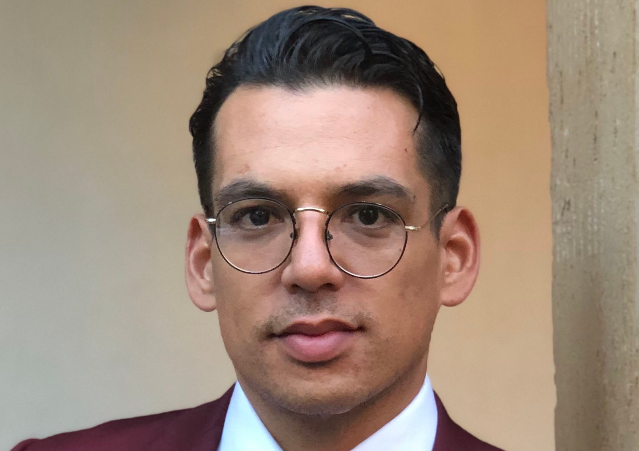 The nonprofit organization that has been advocating for a streetcar system along the Queens and Brooklyn waterfront since 2014 made a change in leadership just as the city launches a wide-ranging community engagement process.

The Friends of the Brooklyn Queens Connector recently named Brooklyn resident Christopher Torres as its new executive director to replace Jessica Schumer, who left at the end of the year to pursue a new opportunity.

“Jessica had a tremendous run with Friends of the BQX and we thank her for outstanding work over the past three years,” a Friends of the BQX spokesperson said. “With its environmental review in full swing and a public review process ahead, we’re glad to have Chris at the helm as we head into a big year for the BQX.”

Torres was an organizer for the Working Families Party, where he helped lead campaigns in Arizona, Wisconsin, and, most recently, for Public Advocate Jumaane Williams. Torres also worked with Make the Road New York Action Fund as its director of field operations, where he spent five years working to build electoral power in immigrant communities through grassroots and community driven campaigns in New York and Pennsylvania. He views public transportation as a social justice issue.

“It makes all the difference in getting your mother to her doctor’s appointment on time, getting your children to school, or in some cases keeping your job,” Torres wrote Monday to board members.

“This belief must be the foundation of our work if we are going to change the landscape of NYC and build a robust transit system for all New Yorkers.”

The controversial proposal for the $2.7 billion state-of-the-art light rail system, which would run along an 11-mile corridor from Astoria to Red Hook, Brooklyn, would provide a crucial north-south transit option for the 400,000 people who live along the corridor and the 300,000 who work along the fastest-growing business corridors in the city. The city’s Economic Development Corporation has launched an extensive community engagement process that will include presentations to community boards and public workshops that will focus on community priorities, suggestions and concerns.

“There are myriad reasons why we want to see the BQX happen. For me, one stands out more than most: implementing quality public transit access for those who have been historically neglected by city planners,” Torres wrote. “From Astoria, Queens, to Red Hook, Brooklyn, no one feels the sting of walking more than a half mile on a rainy day to a delayed subway or bus more than the folks who live in public housing along the route. This year we will work to broaden and strengthen our support in NYCHA with the help of the resident association presidents who share our vision.”

Puh-leeze, the only reason why Jessica Schumer is gone and replaced with this young man is not to promote diversity or transit equity, but because this piece of shit trolley needs federal funding to pay for the cost of building it, which keeps rising every year. Also, Schumer is Senator Chuck's daughter and that would have been a huge conflict of interest, and it seems the Mayor and his developer overlord donors have had their fill with that. Or so it seems, the ferry's are still costing the city more money last time I/we checked.

Couldn't find a better guy to push your trolley agitprop NYC EDC. Have fun pissing away our tax dollars, Chris.


...Sorry mom, the developers have spoken

and don't forget to vote another Democrat and ask yourself like in the last 20 years what is happening...

I think Chuckles has another daughter. This daughter and former "friend" will wind up with a cushy 7 figure board job too.

Living in the fictional world of The Simpsons is a better bet right now than the padded cell of the remnants of New York civilization that THIS, real time City Hall has completely decimated, along with all pretense of public trust.

Between two satanic scourges (among too many 'OTHERS' to name in this missive), like Schmuck Schumer, 'CUOMIGULA,' and the entire DemonRat, party-machine-failed 'empire-racket,' I'm starting to favor nuclear proliferation as a better option to start anew ...

"Is there a chance the track could bend?"

"Not a chance, my Hindu friend!"

>"One stands out more than most: implementing quality public transit access for those who have been historically neglected by city planners"

But instead of doing that, we're going to spend billions connecting one well serviced hipster neighborhood to another while the Eastern Queens transportation desert loses what little bus service it does have.

What exactly are his qualifications?

They probably need money to fund the BQX so they’re eliminating all our Queens buses...I mean “redesigning.”

Will take them 15 years to do all the imminent domain & property grabs to lay the track.
You have all the studios, and big business all along the waterfront and those people have big $$$ to fight and WILL fight like hell.
By then costs will double and all involved will be out of office, the trustfunder hipshitz that want this broke ass and gone as well.

Engineering and safety point of view:
How do they propose getting the rail over the canal ?
Do these geniuses propose sharing rail on the street with car's, buses, pedestrians, motorbikes and bicycles?
Do we bring back the west side cowboys on horses to shoe people away from being run over?
The idea is just too crazy.

He's spanish, he's young, and he's adept at #fauxgressive rhetoric and talking points, masquerading the neoliberal agenda behind the bqx

You mean 'enhancing" with "articulated" buses.

The MTA is so stupid.

All these slim well dressed scumbags are in the tank for Transportation Alternatives fuckheads.

Where does this non-profit get its money and how much is this guy paid?