There are a lot of homeless people on the streets on New York, which has lead some to wonder if the city’s homeless problem is growing.

CBS2 found one homeless hangout right in the middle of bustling Midtown Manhattan. For Thomas Decoteau, the area most known for the hustle and bustle of daily life in the Big Apple is simply known as the quiet zone.

Occupants say they typically get to the space around midnight every night and sleep surrounded by around 25 other homeless people. Decoteau has been sleeping in the Midtown oasis for years, and says outreach workers check on him every night. He’s still there because the city has labeled his street home a temporary pop up location, not an encampment. Only encampments may be forcibly removed.

By the city’s definition, encampments have a visible physical structure that’s difficult to move. Decoteau estimates there are upwards of 100 people staying along the space stretching from 39th to 35th Streets. The Department of Homeless Services refused to discuss the so-called pop up, but insisted last week the homeless situation is under control. 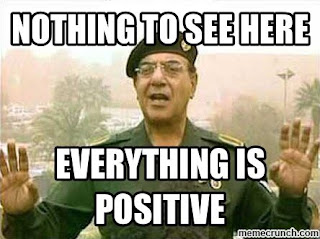 There are encampments in virtually every park and plaza throughout Queens. The mayor doesnt see it because he never visits Queens.

Vibrant diversity is so so so wonderful! And if you don't think so...then your a racist sexist mysoganist Islamophobe nazi who wants to kill six million Jews. Got it?

And remember that our mayor is a product of the Democratic Machine politics of NYC.

As Boss Tweed once smirked to you, the NYC Public: "WHAT ARE YOU GONNA DO ABOUT IT?"

Benches and plazas are bum magnets.
Other than Gramercy Park (private) so are public parks! Either properly minister to the homeless or give them a one way bus ticket to another city. BTW....that's the some mayors deal with it...one way ticket to NYC!

All Blue cities end up like this. There are no quality of life crimes. All is permissable, whether it is sleeping in public, urinating in public, walking around semi-naked, screaming curses at bystanders and aggressive panhandling. How far away are we from masses of homeless defecating and shooting up in public? Not too far.

Whether it is NYC, Baltimore, Philadelphia, Washington DC, Chicago, San Francisco or Los Angeles, it is all the same. You put your safety at risk walking around in public.

Do the generous benifits that NYC affords to unfortunate homeless people encourage them to migrate here, thus exacerbating the problem for those footing thr
the bill? NOTHING is free. Somebody is paying.

One was just finished here in Corona right under the 103rd street station. No homeless yet but in a matter of time it will be full of unlicensed street vendors and drug dealers.

Keep electing Democrats! But remember, you asked for it!

This thing obstructing the flow of traffic is what the city dubs an "urban garden". Which I call a jaywalking garden as people in comfort of walking in there always step in front when I'm trying to ride through on the bike lane that's painted there.

But on to the topic at hand. Weasel Banks and da bum mayor de Faustio has basically created a crisis in plain sight and it's leading to a desensitizing of it with these temp plazas, which are actually designed as contributing positively to the environment.

The majority of people in the city, the visitors and the newcomers basically view these people sort of like theme park mascots as if it's just part of New York's gritty scenery. Until it becomes like a scene in Westworld (the original not the pretentious HBO version) when one of them acts out and bashes them in the head with a blunt object. But sometimes you got to sacrifice a few victims to keep up the illusion that NY is still the safest and most invested big city in the world.

Whatever REBNY wants, it gets. Keep calm and carry on...

Let’s give DaBlossio a one way ticket to Mexico so he can cross the border again!!!

What's the big deal if a homeless person is walking around threatening people while holding his hot dog. Enjoy the diversity that NYC provides and breath it all in.

The very definition of shithole.

There are encampments in virtually every park and plaza throughout Queens. The mayor doesnt see it because he never visits Queens.

Even Queens Civic knows. Wait, check that, did not see that in Tony's 12,000 word manifesto to them.

Callahan v. Carey forced right-to-shelter in NYC. Lots of contiguous states handle their homeless problem by giving out one-way bus tickets to the big apple. Why is there so much homelessness in progressive-run cities? Because it allows progressives to continually raise taxes on the productive class.

Tony Notaro you just can’t help yourself, can you? Again you’re using this blog as a platform for your hatred. Stay on task; this is about homelessness, not blaming it on diversity. Read the damn article before you get the diarrhea that seems to plague you

Do you know it is more dangerous to walk around Flushing Meadow Park in the daytime then at 11PM at night? At night the local kids provide plenty protection, the police dont do shit DAY OR NIGHT unless the US Open is running.

If they take your gun, buy a hatchet or camping axe

Well this has been happening in Maspeth way before the “lovely” shelter. They all camp out along the LIE service road. After the shelter they are camping out in the little green parks here.
One was asked why not the shelter? He responded too dangerous. Who wants to bunk with those people and I’m safer here on the LIE.
Well I see more men’s homeless shelters are coming. So where are the women and children?

For the record, Trump said shithouse not shithole, so his denial was accurate