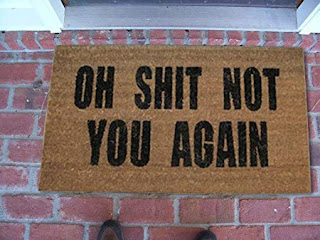 Former Councilwoman Elizabeth Crowley has been out of elective office for just seven months, but she’s already gearing up for what could be her next political endeavour.

In a Monday phone interview, Crowley exclusively told the Chronicle that she has formed an exploratory committee for a run for borough president in 2021 — something she is strongly considering.

“I’m from Queens. This is the borough I was born and raised in. I would bring a unique vision that extends beyond the previous boundaries of my Council district,” she said. “I’ve been out there the last few months talking to leaders throughout Queens and I’m getting a very good response. People are encouraging me.

“I haven’t decided yet, but I am humbled by the enthusiastic support.”

The former lawmaker said she formed her exploratory committee just two weeks ago, but she appears to already be in campaign mode — she attended six house parties in as many days across the borough, from Jackson Heights to Fresh Meadows and Breezy Point.

Just in recent weeks, Crowley said, she has raised approximately $100,000.
Posted by Queens Crapper at 12:13 AM

Her and Jimmy Van Bramer can go Kick Rocks if either thinks they gonna be Borough President.

And the Machine and her cousin will make sure she wins. Despicable party.

Second, there is this quote from the Dizzie one:

"The enthusiasm was real and strong. It’s exciting to see folks who really want to be a part of bringing about positive change,” she told the Chronicle. “I’m someone who’s certainly approachable and someone that they can count on.”

Anyone recall how approachable she can be? I sure can.

It is disturbing how she can solicit that much money that fast. Joe losing in the primary seems to have made these Crowley's more aggressive and sinister.

Why is it that politicians CANNOT understand that they are TEMP workers?
Of course, if you dumb voters keep on re-electing them to do nothing for you once they park their asses in office they have job security and perks. YOU are to blame. Look at Paul Vallone! WTF has he done but serve his lobbyist clients? How's your neighborhood? Lousy? Blame Ballone! He's your councilman....IF he can ever be found. Has he LOBBIED for the good of your nabe as well as he does for his real estate developer friends? Hey, goombah....you're supposed to work for your district NIT your personal interests.

She's a proven incompetent. The "I'm from Queens" qualification pretty much qualifies about 2 million other people. She should look for a real job in the real world.

Her arrogant, cognitive dissonant, disloyal, dishonest, dishonorable, narcissistic, passive-aggressive, monstrously selfish and TOTALLY DERELICT STAFF has ignored me (and my valid, CONSTITUENT COMPLAINTS, for decades! What a pathological liar AND bastion of hypocrisy this drunken wench is (and, always HAS been)!

Worse, she showed up for ONE single photo opportunity on Saturday, December 8, 2012, standing diligently next to another Mafia-thug scourge, Peter Vallone, Jr., who at the time decided to awaken from decades of suspended animation, in order to run for Helen Marshall's soon to be vacated borough president seat, and there was our own, disgraced 'Lizzy the Lurker' in obsequious support, who showed up for the photo op in front of the last week of visibility in Kew Gardens Plaza of a 16-ton, public artwork statue (that survived nearly 71 years of peace and stability), before it was capriciously and arbitrarily ripped-and-robbed from its working fountain platform by the arrogant, irresponsible and AUDACIOUS WHIMSY of Helen Marshall (her final act of contempt for Queens County, democracy and We, the People of Kew Gardens).

Then, Peter Vallone 'beamed' himself down (from Planet Vallonia!), to steal my spotlight, not to mention years of credit and thunder by muscling in on my terrain to 'suddenly' save 'Triumph of Civic Virtue' from being robbed and evicted from its towering post (the only work of art and 'softness' the beautified an otherwise ugly, generic and Third World strip mall stretch of empty commerce-wasteland on Queens Boulevard), and to think that this low level Mafia thug and terminal street punk would curry favor with the always tone deaf 'Mike the Kike' Bloomberg, who all but sanctioned Marshall's $200,000, publicly unauthorized, not vetted (but still taxpayer-funded), folly to lop off a beloved work of public art from Civic Virtue's pedestal, with impunity--as 'Dizzy Lizzy' stood there with her uncle's thumb up her ass, and as usual, produced nothing for no one.

If she and her filthy clan of kleptocratic, 'Monetary Locusts' (and emotional-and-fiscal vampires), should ever come within a thousand yards of the decrepit Queens Borough Hall (or any 'OTHER' publicly elected position that she and her ghoulish, Virginia slavemaster, the 'Mad-and-insane Uncle Joe' wouldn't find shame and dishonor to show up to make claim to), then there should be mandatory, taxpayer paid snipers on the rooftops to spray an automatic round of AK-47 bullets in their savage direction, as an honorable public service to all humankind!

Proves how stupid and out of touch with "her loved Queens" this dumb c_nt is.
White working middle class American voters are out numbered and those left will never vote for a Crowley again.
I'm sure she will enjoy the donations and dinners and any other perks she can write off, yeah as in costs of running a campaign with stupid peoples money.

Democrats are finished, the election of Cortez just about nuked them.
That machine is coming apart like a disintegrating jet engine direct hit by a pack of geese
See;
Centrist Dems begin arguing against far-left agenda

"And the Machine and her cousin will make sure she wins"

The machine is going to be a smoldering heap of bolts & ashes. Crowley only proves what stupid pack of egomaniacs her people are. The difference is voters now see it and are sick and tired. Now add the horde of millemorons and immigrants recently registered to vote in the next elections = all the "known names" are finished or in the least will receive a shellacking so bad they wished they didn't run.

Do the math. These people can not win because to many people are demanding fresh young blood do the driving. This will only snowball in time.

The problem is whats gonna happen when the socialists can not provide free stuff they promised all these young brats. Your gonna have a civil war (young VS old) the "haves" against both the government and the "have nots"
The strong possibility of a whole city in flames and riots is very real.

Remember both the police many of the 'haves" are armed in this country!

She can beat him. He’s pro tolls on bridge and pro bike lanes.

Anybody can beat that little asshole but a young Hispanic candidate will slaughter her. Crowleys no longer hsave the Irish votes those people are mad as hell, been driven out or in the cemetery.

She'll have to go back to giving lip service.
Wasn't Mc Laughlin one of her beaus?

What do borough presidents really DO anymore, anyway?

They appoint a member to the NYC Planning Commission and Panel on Educational Policy...and act as advocates to promote borough issues and fund various projects (like park renovations...)

We're getting a Vietnam War Memorial in Elmhurst Park thanks to a few million M. Katz socked towards that..I've no complaints AFA honoring the dead and commemorating history, but it's a lot of money for what's going to be a granite semi-circle and a plaque ("the memorial is predominantly funded by Borough President Melinda Katz. Of the $2.85 million allocated to the project, $2.3 million comes from Katz, with the remaining $550,000 coming from the City Council"). If it's "her" money great, but if you followed the funds backward I don't know that it somehow didn't come from taxpayers somewhere at some point (be glad to be wrong though).

^That's what it'll look like. Not even the descendants of any remaining area vets will care that much, honestly -- it's just a pet project to please a certain demo. What everyone wants to is to retain as much usable space in the park to play, run around in, and have green things grow on.
Just saying..

Better her than Bike Lane Bramer, but I'm rooting for Costa.

Ok, so this is when all the County Lapdogs will be running against each other. Costa, Jimmy, and this awful person...they all suck the big one.. Maybe Liz will get videotaped again shoving old folk campaign volunteers.

She'll have to go back to giving lip service.
Wasn't Mc Laughlin one of her beaus?

She also seems to be close to PBA president Pat Lynch.

Why do we even need a borough president? Could I get that liaison to the community boards job that pay$ over $ 100K?

Of course she's close to Pat Lynch and the cops, how the hell else is she to keep her 2 thug brat kids out of jail or from getting there asses kicked. Dam, this family is one hell of a legacy !!
The woman cant even dress herself properly!
Who the hell are her tailor's, Stevie Wonder and AMF billiards?

“Thug brat kids” could not be farther from the truth. As someone who has known them since they were toddlers, that comment is disturbing and bringing her children into it just low. Some of these comments are written out of pure jealousy.

Maybe she plans to wear an Ocasio t-shirt

“Thug brat kids” could not be farther from the truth"

Oh bullshit.
The facts stand. One's nastiness and big mouthed got him a good ass kicking outside a Broad Channel restaurant, fights in school. How about assisting his mom in shoving a senior citizen election volunteer in a staircase.
It was all captured on video, btw.
How about Crowley's sister always planted at meeting's to run interference and start fights with people. Any form of disruption to remove attention from questions Liz don't like or cant answer for.
How about telling lies and double crossing the people every time the mayor come calling.--literally putting on knee pads when the mayor come calling.
WE AINT STUPID, NOW WE GET IT AND UNDERSTAND HOW THESE PEOPLE OPERATE and will have NO MORE OF IT.

These people are garbage in my opinion, I believe most the public agree including the Irish who also had it up to the ears with all of them.

"She’s a hot mess"
Maybe on the floor of a campaign bus or sofa less the blue pool table cover tops and Jutti shoes and assorted open front badly fitting banana boat shoes she calls wardrobe. So I seriously doubt that that statement.

what a bunch whimps on this sitw