Jury still didn't buy the excuses of Skelos and son 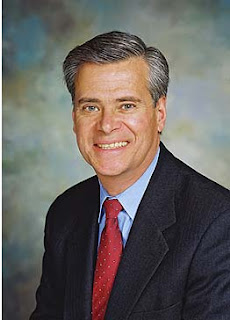 Ex-Senate Majority Leader Dean Skelos was convicted Tuesday on eight counts of bribery, extortion and conspiracy. The jury agreed he used his power to muscle companies into providing his son Adam (also convicted) with $300,000 worth of no-show and low-show jobs.

It was the second guilty verdict for the pair, whose earlier convictions were overturned based on a Supreme Court ruling that narrowed the definition of official corruption. And it took place next door to the courtroom where Alain Kaloyeros, Gov. Andrew Cuomo’s economic-development czar, was convicted of bid-rigging just last week.

Since March, juries also have convicted Cuomo’s right-hand man, Joe Percoco, of soliciting and accepting bribes, as well as former Assembly Speaker Sheldon Silver — Skelos’ fellow member of the “three men in a room” who controlled Albany — of corruptly abusing his office.

Looks like Albany’s swamp is finally being drained, one corrupt official at a time.

Though there was nothing new in the charges, the verdict was a fresh rebuke to the state capital’s culture of corruption — and its continued refusal to enact meaningful ethics reform.
Posted by Queens Crapper at 5:30 AM

Justice, rarely seen, has been dealt to a pair of common crooks!
Let the ax fall on some other Albany sheister
criminals yet in caught. What an upstate sewer!

When is Cuomo going down?

Good! This why we have juries and why we need to protect the disappearing jury system. Adios Dean.

All of Mario's son's capatalist cronies are in jail. He has no friends left. This is why he is suddenly a progressive populist poser as he pathetically panders to constituents.

What sucks is that he's going to get re-elected anyway. Cynthia, though gaining some ground with public appearances and big ass donations from her sex and the city co-stars, is running a crappy campaign and does not have much support from regular people. And Marcus Molinaro, who has got an pretty good platform tackling endemic corruption and frivolous govt. spending, plans to stop the minimum wage from going up.

The legalization of pot in this state will happen in October, which will carry Andy over the top. (this is not an endorsement for the second worst governor in the past 30 years.)

What about the biggest crook of all, Cuomo? "Crickets".

Now, if the empowered idiots of 'selective' and 'occasional' justice for all high end kleptocrats and their henchmen that is long overdue, and IN PARTICULAR a sobering justice for the Kingfisher of all dynastic, entrenched and establishment-rigged, New York State criminally insane psychopathy itself: Teflon coated, 'Gargoyle Andy' Cuomo, followed by federal lockup for $helly (or rather $hilly, as it were) $ilver, Joe Bruno and everyone else who magically passed the 'smell test.'

Further, where is legislation to rescind all government issued pensions for any and all crimes of public corruption? Still waiting for THAT to be legislated by the voracious, predatory and rapacious thieves of the greatest 'House of Cards' of them ALL: Albany and the Executive Chamber (of Horrors - horrors, that is, for We, the People)!

oh man if only it were Dumblasio going away for decades, what a nightmare his "administration" (using the term very very very very loosely there) has been, progressivism is a mental disorder

Maybe he'll get to bunk with Dan Halloran.