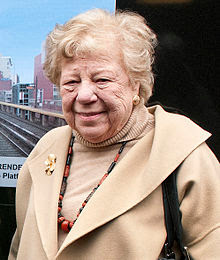 A 62-acre portion of land on the Flushing waterfront may soon see substantial redevelopment after receiving a special designation from the state.

Governor Andrew Cuomo announced the Brownfield Opportunity Area (BOA) designation for an area of land in the western area of downtown Flushing, bounded to the north by Northern Boulevard, to the east by Prince Street, to the south by Roosevelt Avenue and to the west by Flushing Creek and the Van Wyck Expressway.

The Flushing Willets Point Corona Local Development Corporation (FWCLDC) presented the application for the BOA, which is described as a vacant, underdeveloped and/or polluted area where, under the program, economic environmental conditions are examined and redevelopment opportunities are identified in an attempt to attract public and public investment.

The designation opens up several benefits for future developers, including support from state municipalities and a potential for tax credits.

“I thank our entire board for its support during this process and now look forward to the next phase which will include a formal ULURP application to implement the zoning recommendations included in our nomination study,” said Claire Shulman, president and CEO of the Flushing Willets Point Corona LDC said in a letter to the LDC’s board. “The LDC thanks the Department of City Planning for its stellar work on our nomination study and environmental assessment report. Our staff at the LDC also deserve thanks for their hard work in overseeing and ensuring completion of this critical phase of our work. The LDC will apply for funding for the next phase of our work (implementation) as soon as it becomes available from the state.”
Posted by Queens Crapper at 12:11 AM

The 88 year old bag is out of her mind and should be put in a nursing home.

You are being generous with her age, she is 92.

The Cryptkeeper is still screwing Queens over.

dredging or no dredging, that area will always reek the foulest of stenches and anyone stupid enough to develop it should be committed.

Two crooks in a pod. Is that old bitch still around?

Manes' whore.....Ackermans suck up.
She knew who to blow for power.
My English bull dog is more handsome than her. What a saggy old mug! They should have sent her to the moon with her astronaut daughter on a one way ticket. The old douche bag.

Ah...more "luxury" development?
The fragrance of raw sewage and the floatable effluent amidst the rippling waters of the Flushing River on a hot August day.
Reminds me of my homeland in Fujian province.

Seriously?? Flushing is not Williamsburg or LIC. If they try to develop that area it would be a complete clusterfuck of shitty condo's with no recreation area or greenery. Just look at Skyview Place Mall. What a dump !!

Another reason why we need term limits. How long has this old bag been in politics? She was old when I was young. Term limit all politicians to two terms. That means Cuomo has to go. Too much patronage in politics. New people = New Ideas. We need to break the cycle of government. Stop re-electing the same crappy politicians over and over again and stop voting down party lines. People over Party.

Yes, let's heavily develop am area famous for over a century of sewage and industrial waste. And it floods often, as well. Well thought out idea.

She looks great for her age !

This stinks of the Flushing river & political cronyism.

To the last mentally ill Anonymous who said, 'She looks great for her age.'

So, why don't you screw her crooked-and-corrupt brains out into next Tuesday——EXACTLY like she screwed everyone in the ravaged-and-tonsured borough of Queens County, for whom this drunken, Manes/Ackerman-beholden whore/wench has NEVER stopped abusing power, whilst showing just how much limitless contempt she has for a place that is now tantamount to living in raw sewage that SHE HERSELF, along with her diabolical henchmen have FOISTED onto everyone else that continually pays the ultimate, soul-crushing price for their 'NAKED GREED,' and 'Obsessive Compulsive Disorder' (OCD), two forms of mental illness for which there IS no cure.

And, if these are the 'CHOSEN' people, y'all——then, their illness of choice is pathological greed and destruction toward ALL living things, for personal gain and enrichment!

Warning to REBNY sycophant (and meandering, tone deaf chanteuse) Melinda Katz: THIS DESICCATED, LEATHERY and WORN OUT ALLIGATOR BAG COULD BE WHAT YOU LOOK LIKE, by the time your second, crooked term ends!

Fittingly, your equally corrupt (and intensely incompetent) predecessor Helen Marshall, the SAME ugly, drunken wench who diabolically planned the 'secretive' government removal of We, the Taxpayers' precious public work of art statue (and working public plaza fountain that represented 'Civic Virtue' for ALL of Queens County——and beyond!), didn't last more than a couple of unearned and undeserved years of disgraced retirement, right after she faded away into the 'full capacity' graveyard of all political-hack obscurity——as she ironically turned into her OWN pillar of toxic dust that she willed to the statue itself that used to proudly keep vigil over Queens Boulevard in Kew Gardens Plaza, over which she WILLFULLY ignored ALL fiduciary obligations to maintain, repair, preserve, conserve and be RESPONSIVE and ACCOUNTABLE to the statue's upkeep over the course of eight staggering years, without censure and/or consequence (and, then she secretly billed the ever languishing taxpayer more than $200,000 wasteful dollars to achieve her evil act of unprecedented malice.

If only the crane that lifted our 16-ton work of breathtaking, early 20th century, marbleized Italian craftsmanship could have been used INSTEAD to 'LIFT' that walking corpse (and, now a real one!), out of Queens Boro Hall, and dumped into the biggest landfill that Staten Island could produce——or, better yet, released into one of the four 'egg digesters' located at the Newtown Creek Waste Treatment Plant in Greenpoint, Brooklyn, along with the REST of the city's toxic raw sewage! I would have celebrated with big, block party-style barbecue right outside of the treatment plant's main entrance on Greenpoint Avenue!

The area has already been dredged numerous times. It's a natural foul shit hole made worse by overdevelopment. In the end...who cares. Squalid fetid downtown Flushtown is what it is. If you haven't already...TIME TO MOVE! Only people used to filth and congestion see it as a paradise. Better than back home in the old country.

The area smells like Claire.
Crooked politics make for a powerful odor.

To the last mentally ill Anonymous who said, 'She looks great for her age.'

So, why don't you screw her crooked-and-corrupt brains out into next Tuesday——EXACTLY like she screwed everyone ELSE in the ravaged-and-tonsured borough of Queens County, for whom this drunken, Manes/Ackerman-beholden whore/wench has NEVER stopped abusing power, whilst showing just how much limitless contempt she has for a place that is now tantamount to living in raw sewage that SHE HERSELF, along with her diabolical henchmen, have FOISTED onto everyone else that continually pays the ultimate, soul-crushing price for their 'NAKED GREED,' and 'Obsessive Compulsive Disorder' (OCD), two forms of mental illness for which there IS no cure.

And, if these are the 'CHOSEN' people, y'all——then, their illness of choice is pathological greed and destruction toward ALL living things, for personal gain and enrichment!

The only one older than Shulman is Ann Juliano Jawin. She's pushing 100 and still runs that furshlugginer Women's Center

That phony not for profit tax exempt women's center sucking up our tax money.
The Democratic clubhouse sure keeps its shady old birds in cushy spits. Maybe now that Virginia Joe Crowley got his ass kicked, things might change.

Isn't that the place where the gator was spotted some years ago?

If the article didn't specify it was Claire Shulman, I would have thought that it was a photo of Keith Richards. (Both of their faces have more lines than a Rand McNally Road Atlas...)

Can everyone put the brakes on the body shaming and age shaming please? And to the anti-Semite on the board, go fuck yourself.

An old useless crooked bag , regardless of race and religion, is what the fetid old fart is!
ALTA KAKKA!
The curse of Donald Manes is written all over that bloated prune's face!

She's the one who sandbagged the historic RKO Keith's Theater, isn't she?
She DID NOT support the reintroduction of the original full municipal historic designation in 1986! She sold out Flushing.
DNRIP!💀💀💀💀💀Rot in👹👹👹👹!

Bury her in the Iron Triangle.
Most appropriate. That old crook sold out Wueens,

Waterfront property will eventually be developed, regardless of the nearby congestion and stench and not to mention the disaster of mass transit in the Flushing hub.

Really, when I hear about the complaining about this and that development, I just don't understand.

Will we try to make it nice, beautify it, spend hundreds of millions so people can just look at it? That may work for a another city that has no demand for housing.

There are two things to do with problematic sites, sell it and put it on the tax roll, maintenance roll or keep spending endless tax dollars to fix it, repair it and beautify it? It's unrealistic to think that the City/State has long term projects to beautify anything.

This great city has been pushing daisies for a long time and will never compare to how other cities around the world plan for how they want it to look and be.

To the fifth Anonymous from bottom who FIRST called me an anti-Semite, followed by a 'go fuck yourself' attack and retreat, and accuse and evade!

Secondly, the rampant 'fucking'that you angrily (and wrongfully) ascribed to me, has been perpetrated and perpetuated by the (mostly) Jewish cabal (and kakistocracy) of kleptocratic, openly practicing, monstrously self-serving AND extremely DISLOYAL, un-American and anti-American scourges of epic, government fail whose arrogance, complicity and dereliction of public duty transformed Queens County in to a raw sewage plant with no end in sight.

So, who is prejudiced against WHOM here, when your beloved ring of 300% false, fake and monstrously failed Jewish leadership (that has NEVER led by example, and a clique that dates back to the cowardly Donald Manes——and, beyond!), and that's why it would behoove you to save that fit of rage and 'pent up' burst of anger NOT for a mere messenger like me——but, for your 'Chosen' lot of counterfeit, self-serving, self-absorbed representatives, all of whom DEVALUE honesty itself!

Take THAT to the temple and repent, hypocrite!