Posting a property on AirBnB will have consequences 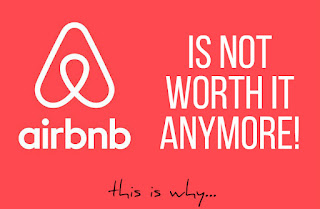 Airbnb seemed to be sucking wind after its political foes delivered it a gut punch Wednesday.

The City Council voted 45-0 in favor of a bill backed by the hotel industry and its union allies, a measure that will require the company to disclose to law enforcement the names and addresses attached to every one of its listings in the five boroughs. The legislation, expected to by signed by Mayor Bill de Blasio, will help the city to crack down on anyone violating state law by using the site to rent an apartment for fewer than 30 days.

The sole consolation for Airbnb was that the final draft of the bill lowered the fines the city can levy against the firm for every case of noncompliance to just $1,500, down from the original bill's range of $5,000 to $25,000.

The vote followed months of bitter public recriminations between the tech giant on one side and the city's traditional lodging interests and Hotel Trades Council on the other. On the morning of the vote, Airbnb labeled its loss "bellhop politics," and announced it would fund a lawsuit against the city brought by a host who claimed authorities targeted him after he testified at a council hearing.
Posted by Queens Crapper at 12:15 AM

This is for public listings and buildings taking sec-8
They cant do shit to peer to peer listings or private buildings under 4 (or is it 6) units where the owner resides.
Good luck collecting that $$ from AirNnB based in California, they are not going after the landlords because they know that commie move is illegal and they will lose in court.

The clain:Requiring Airbnb to disclose address and other host data will provide the city with the information needed to effectively enforce New York City and state housing laws, and better preserve safety and affordability"

That's NONSENSE !
The city just wants to know where the space & landlords are to starve and force them on the sec 8 program. And once you do that your building sec 8 forever, no longer private and you must allow the city inside, anywhere, at any time.

This law if deemed legal by the supreme court will make things worse because these large buildings will be forced into "multicultural diversity" with landlords having no rights or say in anything (even the rent fees) like in Denmark.
--Get your kid raped or killed in a stairwell

Its a Trojan to find where the "extra space" is, then snoop into people's private lives, homes and financial affairs.

Wow.... just wondering who the missing council members were...The vote was 45-0...the council has 51 members

More and more of what we do is dependent on permission from the government. That permission, unsurprisingly, is contingent on keeping government officials happy. Rub those officials the wrong way and they'll strip you of permission to travel the roads, leave the country, own a home, who, what ethnic demographic and how many live in your home. Include making a living to pay for that home, permission to travel the roads, regester you car, what type of car, health insurance premiums and $15,000 deductibles to pay for things you cant use, leave the country.
And they will even strip you passport, include pulling you off an airplane to anywhere.

That's not a recipe for a free country nor how the Constitution and Bill of Rights was written. Anybody who thinks this is a good law needs to stop and think.
Think as in isn't this the exact same shit our ancestors and near everybody else in this country fought and died to escape?

Wow.... just wondering who the missing council members were...The vote was 45-0...the council has 51 members