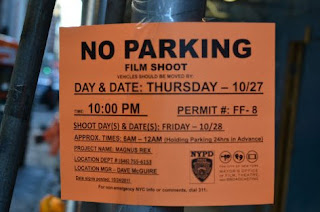 Proponents argue that film tax credits create well-paying jobs for local residents. Some even suggest that the incentives pay for themselves by boosting the economy and increasing government revenues. The Motion Picture Association of America claims: “Pure and simple: film and tax incentives create jobs, expand revenue pools and stimulate local economies.”

But real life is no Hollywood dream. Nearly every independent study has found that these arguments are more fiction than fact. The left-leaning Center on Budget and Policy Priorities put it best in a 2010 report: “State film subsidies are a wasteful, ineffective, and unfair instrument of economic development.” 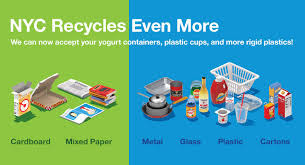 In New York City, the net cost of recycling a ton of trash is now $300 more than it would cost to bury the trash instead. That adds up to millions of extra dollars per year — about half the budget of the parks department — that New Yorkers are spending for the privilege of recycling. That money could buy far more valuable benefits, including more significant reductions in greenhouse emissions.

It would take legions of garbage police to enforce a zero-waste society, but true believers insist that’s the future. When Mayor de Blasio promised to eliminate garbage in New York, he said it was “ludicrous” and “outdated” to keep sending garbage to landfills. Recycling, he declared, was the only way for New York to become “a truly sustainable city.”

But cities have been burying garbage for thousands of years, and it’s still the easiest and cheapest solution for trash. The recycling movement is floundering, and its survival depends on continual subsidies, sermons and policing. How can you build a sustainable city with a strategy that can’t even sustain itself?
Posted by Queens Crapper at 12:14 AM

The Dept of Sanitation will even admit that recycling is a waste of money and actually creates more pollution than it's worth.

BUT IT MAKES US FEEL GOOD...

We are NOT running out of landfills, the ones close to us have been filled and others regulated out of existence 'cause no one wants it in there backyard.


Because New York is full of non-newyorkers who just come from other parts of the country, the continent and the world and just as the locust just take without leaving anything valuable but their waste. White, Asian, black, latino, jew, muslim, Christian, gay, straight, fat and skinny, nobody gives a shit. Uneducated people, people without sense.

If only New York were like Curitiba in Brazil where citizens and non-citizens alike take the time to really recycle. please, check this web site and I hope government officials learn something from Brazilians.

Brazil? The place where you get sick just kayaking? After we emulate them we can copy the Chineese *cough*

You know that the "artists" that work on these shows get welfare from the city to live and work here. So the feeling that they do whatever they want with abject impunity is quite apparent. Just hope nothing explodes.

Anonymous Said This: You know that the "artists" that work on these shows get welfare from the city to live and work here"


WHAT!?? Can you offer substantive proof of this?

Do you mean "Welfare" as is commonly understood in NYC as being free food, rent etc?


Apologies for copying and pasting a post from 2 months ago, but this is what I meant. A lot of these creative folks which includes those who do the heavy lifting do not even live in NY. This is Mario's son thoughtless gift to the entertainment industry (and as the article goes on, even starstruck governors from other states provide these wasteful incentives) on the premise that it brings funds here.

As for free food and rent, all that money wasted on productions could have built homes or apartment buildings for years, judging by the preposterous amount of movies and t.v. shows that have been released the past 5 years.

As for recycling, that's turned out to be another crock of shit. I think it's a little nuts to have 3 cans outside to deal with in addition to separating what is considered real waste from the paper,glass and plastic. This program has been going on for 20 years and as anyone can see, climate change as got worse. But this is the result of the great divide between corporations and people. All the energy and manufacturing industries have been doing the majority of extreme pollution and dumping for years, newton creek and gowanus for examples and of course exxon valdez and deepwater horizon, and us norms have to be the ones to watch our carbon footprints and stress over fines for them with these annoying chores.

So how do we stop the madness? Can I see some candidates who will do away with recycling? I'll vote for them.