AirBnB not happy with council bill 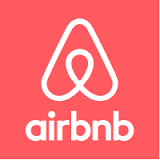 Airbnb has come out swinging against a bill that would hit homeowners who rent out their pads on home-sharing sites with fines as high as $50,000, saying it’s “bad policy” that could bankrupt New Yorkers looking to make a quick buck.

The company sent a three-page letter to City Councilman Jumaane Williams on Wednesday, a week before the Brooklyn Democrat, who chairs the Housing and Buildings Committee, holds a hearing on the bill.

“A fine of this size being imposed on middle-class families would lead to bankruptcies,” the letter from Christopher Lehane, Airbnb global head of public policy, states.

The $50,000 fine for repeat offenders is larger than fines for other serious infractions — including the $500-a-day penalty for not providing a tenant heat, the $10,000 maximum fine for lead-paint exposure and the $2,000 that landlords pay for rat violations.

The bill appears to be “promoted for only one reason: to scare middle-class people out of their homes,” said Lehane.

He called it the “Freddy Krueger of bills” and said holding the hearing around Halloween was particularly appropriate.

But Williams said it’s Lehane who is trying to frighten people.

He conceded that the $50,000 maximum fine might be a little steep, but said that it wouldn’t be levied against the occasional Airbnb user. “This isn’t about people going on vacation,” he said. “Any time someone gets caught (illegally renting out their apartment), it’s because they are doing it repeatedly.”

Both Williams and City Councilwoman Helen Rosenthal, who is the prime sponsor of the bill, said it’s targeted at greedy landlords who illegally rent out regulated apartments, which exacerbates the city’s housing crisis.
Posted by Queens Crapper at 12:35 AM

The REBNY daily news editorial board are at it again. More blatant misinformation conflating unscrupulous landlords and the property pimps with middle class homeowners, basically lobbying for airbnb, which is just a glorified hedge fund inflated shelter system for stupid intruders/neo-tourists. Lehane and his worthless peers refuse to see the damage their venture has caused to the boroughs of Kings, Queens and Manhattan. And it hasn't even created jobs, they are just "hosts".

If it was about the middle class, that scumbag Lehane might have a point, since the fines levied should be at Airbnb for not properly vetting their "hosts" and the fines should be bigger since this "company" is worth billions and not those desperate to pay bills and insurance and the jackasses who refuse to cut back on overpriced indulgences to live in Goddamn Brooklyn. But how can you do that when it takes just seconds to start an account with any social media or sharing economy website.

Williams and Rosenthal better make sure this legislation is done diligently, and close any loopholes that can be exploited. Make Lehane really feel what it's like to have his dreams haunted and barely sleep, which is what the majority of tenants feel when their livelihoods and personal space is threatened every day by these greedy shits doing unnecessary renovations, sending goons to follow them and bribe them to move.

A blight to communities - used by homeowners to evict long term tenants and make the housing problem worse - while they make their community a dorm of transients.

Politicians love anything that destroys a community's fabric and makes it easy prey for development (with secondary benefits to them from donations for the party boss and construction work for nephew's construction company).

Lets not forget that stuff like Airbnb also weakens the influence of quality of life types with long term ties/investment to an area.

"Both Williams and City Councilwoman Helen Rosenthal, who is the prime sponsor of the bill, said it’s targeted at greedy landlords "

As opposed to the GREEDY council members and political class that want FIFTY THOUSAND DOLLARS for an infraction???

Bravo to Williams and Rosenthal!! That's called leadership! Airbnb is ruining neighborhoods and quality of life.

As opposed to slapping people on the wrists, (sarc)?

How about tenants who rent out rent stabilized apartments? No fines?

They friggan hate us middle class because we don't breed like rabbits and usually own small "wasteful" single family homes. They want us OUT !!
This is criminal and I believe anti-constitutional, Its total intrusions into our private lives (and matters) by the government. Who sleeps, eats or craps in my home is none of the governments f*cking business. What is this Russia 1955 ? Where are the feds and civil rights people?

Personally I like to go back to the old neighborhood once a year and spend 2 days, hit the bars etc. Airbnb is an asset because who the hell has $300-$400 a day for cabs and some hotel miles away in Long Island City or LaGuardia.
These crooked politicians and council members are in bed with the greedy hotel owners who are lobbying for this bill, since when do pols give a shit about our neighborhoods ?
Even if it does pass their is no way of enforcing it, do they bust down your door with no warrant and do interrogations like in Russia or N Korea ? Is that coming next ? I'm sure loopholes will be found.

AirBnB ruins communities by taking away their stability and bringing unvetted strangers into their midst to do whatever. It's a bad idea driven by the greed of a few.

I guess you would be in favor of banning Ebay, Craigslist, want adds, etc...

What is the difference?

Two people agree to a price for staying for "x" amount of days.

Just as with EBay there is trust on both sides that you don't loose.

I imagine in your opinion it would be your Utopian dream to have the Government take over ALL housing, set rates and determines who lives where...

You may want to move to North Korea, I heard it is nice and fair there.

Your home is a residential space; you don't have hotel insurance and you aren't paying taxes on the income you generated by running an illegal hotel. That's why they're coming after you. How about your neighbors, who moved into a residential area and not a commercial district? When you live in a neighborhood, you buy into a community. It's not all about just you.

The guy who asked the question. said...

Totally wrong, (sarc). This is my home. I just think that the law should be obeyed. Apparently, you don't.

If you cannot afford the home you bought then you should not have bought it.
Bailing yourself out by running a hotel? Then FU in spades. I have heard many horror stories from Air B&B customers.

Paul Vallone , a REBNY councilman, has several of these hotel homes in his district. What has he done? Nothing.
He works for REBNY, not you. But he does not mind getting his city council paycheck, paid by you voters' taxes who elected him.

"Your home is a residential space"
Thank You !

Airbnb can go to hell.

"If you have ten thousand regulations you destroy all respect for the law." - Winston Churchill

Protect stupid people?
So u got a subsidized apartment?
U sublet it out with airbnb and loose it?
And you are homeless?
U shouldn't be homeless - u should be living in jail!

No need to lump everything together.

Ever tried to buy a Co-op in NYC?
Makes North Korea positively attractive.
Martina Navratilova couldn't get in and buy a house in Forest Hills Gardens back in the old days.
When your private transactions end up in underage drinking, shooting, fist fights and disturbing other homeowners who pay their taxes - well they are not so private anymore.
A society where the laws are respected and obeyed and people respect each other is a good society.
Banana republics are based on greed, chaos and make up shit as we go along.
So engage brain before opening mouth.

"Airbnb, the dominant player in the growing home- sharing business, is popular in the Big Apple and is even expanding into the corporate business segment."

Yeah before we know it is an industry.

Just an other money making scheme, get rich quick and f..k everybody else.

In the linked article, as I posted there (hopefully approved and posted) enforce the laws on the books!

From what I understand AIRbnb collects the rental fees & tax for the state just like on-line buying. (not sure about federal) To rent you must pay on a credit card or Paypal linked to a credit card. AIRbnb also covers you for $1 Million in insurance.

From what I understand AIRbnb collects the rental fees & tax for the state just like on-line buying. (not sure about federal) To rent you must pay on a credit card or Paypal linked to a credit card.

You thought wrongly. AirBNB puts the onus entirely on the host to provide this information:

"You as a Host understand and agree that you are solely responsible for determining (i) your applicable Tax reporting requirements, and (ii) the Taxes that should be included, and for including Taxes to be collected or obligations relating to applicable Taxes in Listings. You are also solely responsible for remitting to the relevant authority any Taxes included or received by you. Airbnb cannot and does not offer Tax-related advice to any Members."

Ridiculous posts. So every government action is a harbinger of North Korea or Russia? Ridiculous.

Unmitigated, unchecked capitalism is just a cult. Pure capitalism is a pipe dream, as destructive as pure communism. And in this country, its actually a relatively new idea.

Laws are laws. If AirBNB infringes on another persons liberties they should be dealt with. Harshly.

Here is the speech that got Kennedy killed. He fought communism AND capitalism. Which one got him shot?: https://www.youtube.com/watch?v=Y_cPQiLBrUA