Interesting stories from the Hamptons 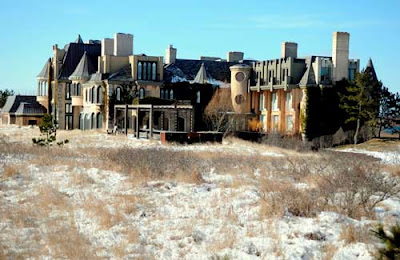 Dragon's Head, the massive oceanfront estate in Southampton Village, is going to be torn down, the final chapter in a decades-old story of high-profile extravagance and the lust by its builder to be accepted in the Hamptons.

The last red tape preventing its demolition had been a decision by the village Architectural Review Board, which was asked to determine if anything of historic value remained in the house - built in 1924 by Henry Francis du Pont but extensively remodeled.

The board ruled last week it has no jurisdiction on the building's interior, so the wrecking ball is now expected to swing sometime this year. An elegant, contemporary house of stucco and steel is to be built on the site by designer Calvin Klein.

As with many things having to do with 650 Meadow Lane, the feelings locally about the demise of Dragon's Head are untidy. After all, the village's ocean skyline, such as it is, will never be the same.

And then there's this. Note to unsuspecting rich folk: Don't build your house on sand...
Posted by Queens Crapper at 12:05 AM

Gee this will be replaced by a 17,000 sf house considerably smaller and in keeping with other local houses. Can we have one built in Elmhurst too?

In Elmhurst this would house 5,000 people.

...Has around 36 fireplaces and a oil furnace larger the RKO Keith’s

In 2008 a structure like this would cost over $60,000 a month to heat during winter.
They are VERY NICE but nasty drafty & miserable during winter