The Doorman vs. the Dolans 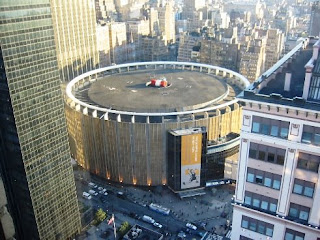 Sunday, the estimated $14 million a year the Garden would pay in taxes could be used to hire cops and teachers and provide public services, Gioia said.

I suppose the same could be said for the tax exemptions being given to developers along the part of the waterfront he represents. I'm sure he'll also be vehemently against the big huge breaks and discounted land to be offered to TDC at Willets Point, too. Or is his outrage only directed toward owners of Manhattan properties with high name recognition in an election year?
Posted by Queens Crapper at 12:34 AM

I see that you can't understand the difference between a tax incentive that spurs urban renewal and economic activity and a tax break that is an outdated political giveaway.

Um, yeah...urban renewal. That term goes hand in hand with affordable housing as the biggest joke in NYC development history.

Now look what we got.

Hey I'll take back all the tax breaks anytime - we can chip away at them including Goia - whom is no sacred cow in Queens eyes. 14 M is big bucks and you can't move MSG elsewhere and be widly successfull without a winning team or even support expensive events and break even. Let go after the 14M!

Are there Queens waterfront developer tax breaks (other than for the state-run Queens West nonsense)?

In Long Island this scumbag Dolan was bribing all the townships with free computers and internet to keep Verizon FIOS out of neighborhoods.

Verizon went to court and he lost. This crook and his expensive antiquated cable is sinking fast.

To add all his kids run News 12, Newsday and other papers he scooped up to cover the dirt.

His compounds in Cove Neck and East Hampton must house 200 illegals taking care of the property and all his horses.

And remember, condo owners don't have to pay certain taxes for a decade of living there.