Oppose homeless shelters, get boot from community board 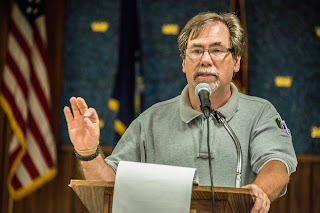 From the Queens Ledger December 2013:

The issue dominated the Community Board 5 hearing held in Middle Village the night before, as dozens of residents flooded Christ the King High School, accusing their local elected officials of not doing enough to block the 125-family, 51,000-square-foot facility.

“This was dropped upon us right now, right after the election,” said nearby business owner and CB5 member Richard Huber, causing uproar from the concerned audience. “This is our Christmas present. Merry Christmas and have a happy and safe New Year.”

Richard Huber was dismissed from Community Board 5 this month by Melinda Katz by recommendation of Council Member Crowley. 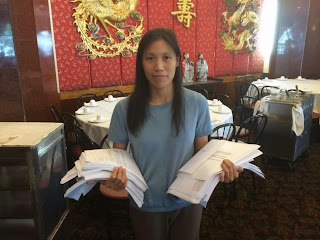 Elmhurst United organizer Jennifer Chu said the group plans to deliver 3,000 signatures to city hall this week from neighbors who oppose the Pan Am homeless shelter.

Jennifer Chu was dismissed from Community Board 4 this month by Melinda Katz by recommendation of Council Member Dromm.

So are these council members and the borough president against slumlords warehousing people in hotels or not? The evidence seems to say no.
Posted by Queens Crapper at 12:18 AM

Katz is one strange strap on leader.

Is this Moscow or NYC. I hope this time,voters don't have short memories.......

Richard Huber how dare you vote against the machine !

That's so dirty and so typical of Queens politicians, someone call the FBI.

Katz and the rest of the boroughs city council members are in your face fascists.

And on a related note:

What is needed is a People's Congress in Queens - a parallel government by and for the people.

- when our taxes can be used to improve our lives

-rather than tribute to sustain the legions in the sprawling social service army who job is to cultivate future soldiers for the cause,

-or the development lobby whose job is to take our money to pay alimony for wife 2 and 3 and the lifestyle of the 1%.

This group can communicate via social media. They need to learn from the mistakes and success of Occupy on how to move forward.

Now we know that the politicians will use our taxes to buy and bribe the second stringers, make them feel important, and use them to undermine the Queens People's Congress.

But even this can be overcome - we know this will be our most serious problem and we can be alert for it when it inevitably arises.

Re: Evangelista, thank you for pointing that out. It's quite clear that Katz wanted her pick for CB9 DM chosen by the board and planned to strong arm the members into chosing him/her. Good for Evangelista, who probably knew he was falling on his sword by doing what he did.

Go out and vote. For whom? The Dems all run unopposed in both primaries and general elections.

"The Dems all run unopposed in both primaries and general elections."

I don't think that's the whole story, The entire board is opposed to the "Shelter/Hotel"

Gee, don't you just love living in a democracy!!!!!

The rest of these board has not been so vocally opposed and the removal of these activists is a warning shot to keep the rest in line. Plus Katz knows better than to remove the real big mouth civic people.

This is further proof that we need to abolish all community boards. They are nothing but toy government under the control of the machine clubhouse and borough hall.

The only real voice we have in government is who we choose to be our council members.

Be extremely careful who you vote for, here. They will have the only real power to represent you, not the community boards.

That's not to say that community board members do not work hard at what they do without pay. It's just that if they buck their handlers they will be dumped.
CBs are not the place where you'll see reform politics in action.

Brava and bravo, to you community board members who have the guts to speak out. Even if you got bounced. You can be proud that you did your jobs well.

Liz Crowley is only against the Glendale homeless shelter when she has a microphone in front of her. In private she has been undermining the Glendale-Middle Village Coalition thru innuendo. She has decided to go along with the party and now is dismissing a CB member who dares to speak out against her chicanery. Absolutely right to call this a warning shot to the others.

not surprising that Crowley ousted Richard Huber...she's in the pockets of the DHS and Samaritan Village....deap down she's not really fighting for the community...she's fighting for her own pockets and her own future. I hope we all remember how horrible she's been with listening to the community come election time....my hopes are her career in politics comes to a halt and she herself becomes homeless and the CB5 community turns their backs on her a$$!!!

Melinda Katz is horrible along with Crowley!

Maybe Crowley's ex-buddy boy, Brian McLaughlin, needs a place in a shelter now that he is out of prison.

WTF makes you think that a peoples' congress will be any better than Queens Civic Congress?

All of these groups start out humping hard. Then they shoot their load prematurely and fizzle out. They make lousy lovers and even lousier leaders.

Everybody laughs at Queens Civic Congress.
Nobody laughs louder than borough hall. In city hall they are invisible.

The only hope for Queens is smarter voters. That's asking quite a bit. Everywhere else it's yuppies who come to the rescue with bigger brain pans and broader vision.

Our borough is a third world dumping ground. Yuppies are not attracted to third world boroughs. The exception being LIC because it's closer to Manhattan.