Another Bayside corner turns to crap 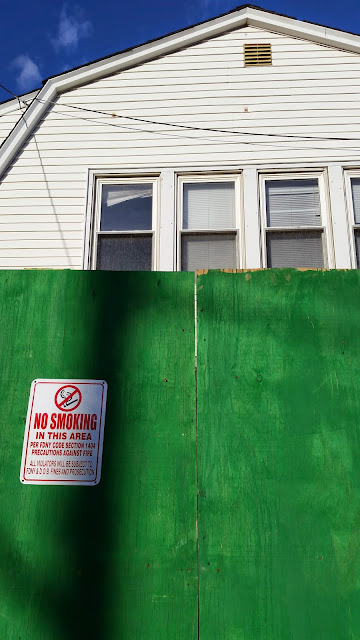 This is the site of where Abbey Rent-all use to be. This property is located at the corner of Northern Blvd and 204th Street. Abbey Rent-All closed down early last year and what was built on one property that they owned was yet another Asian restaurant. Of course, it's a restaurant with a "parking lot" but the "parking lot" only holds 4 cars so the rest of the customers park on the street and block residents driveways. 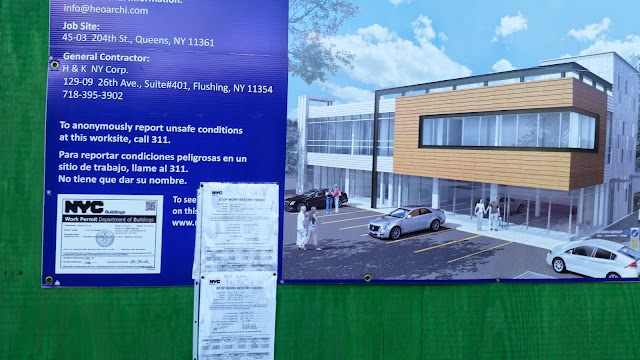 It's gotten so bad that people have put up "no parking signs" in their driveways (as If that actually helps) and others have went so far as to draw yellow lines on both sides of their driveway into the street. Abbey Rent-All owned this other property across the street from where this restaurant is located as well. 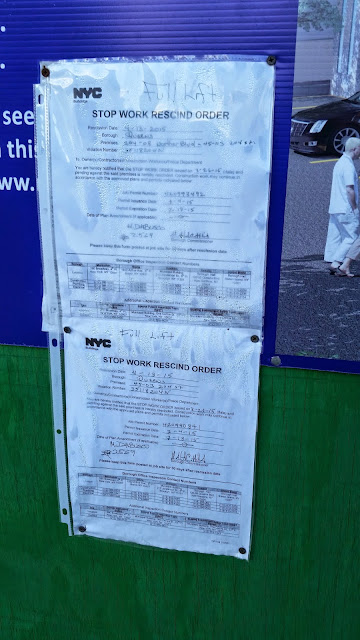 They started work on the site recently and already had a stop work order filed against them which seems to have been lifted. Northern blvd already has enough crap on it, what crap will be next? The picture of how it is suppose to look is not too clear of what the site might actually become but looks like garbage to me (if that picture is suppose to be accurate). 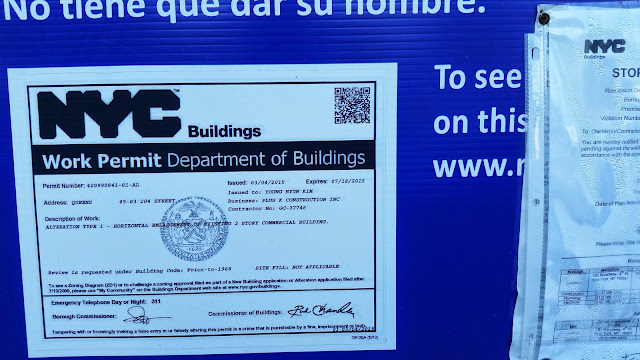 Anyone have any guesses or knows what is being put up there? The anticipation is killing me! (Sigh....goodbye Bayside!) - anonymous 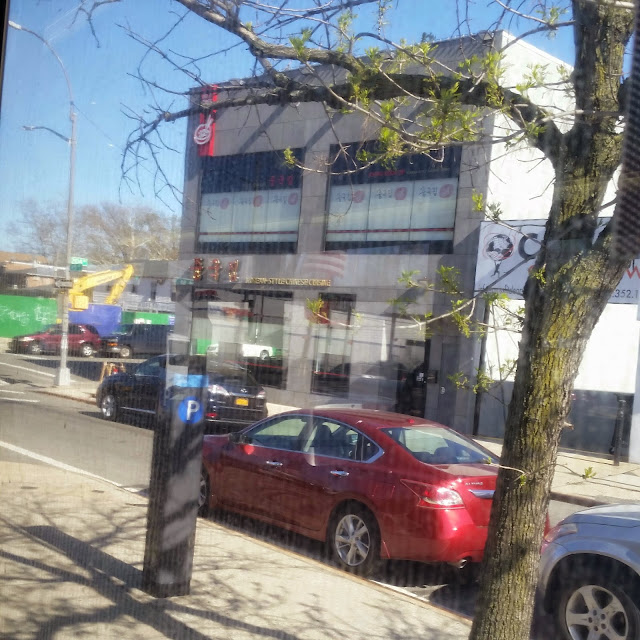 Yes good bye to the Bayside we used to know. But the bright side is if you sell your house or property you will be very well compensated. Sell and get out while you can.
I'm moving from Flushing because I have nowhere to shop and I'm tired of living in a Foreign land.

I'm leaving also! Can't wait to get out of this Third World shithole!

Foreigners have destroyed Queens! Yes I know that we're all descended from immigrants but my grandparents from Sicily had shitloads more class than these new people. AND they were poor when they came here! HOWVERER - they spoke perfect English after a few years and didn't cling to the old country - they came here to become Americans!!!

Enough with this flying two flags - go back home if it's so great!

C'mon...Northern Blvd. is a commercial strip. What was there before was not exactly a sacred site.

The Steinway mansion is being raped and we cry over this?
Save your fighting for what is worth saving.

Queens is composed by expatriots from the Bronx, etc. and now foreigners. How many complainers are Native Americans?

The building of the Clearview Expressway fucked over Bayside decades ago.

Anonymous 3....yes northern blvd is a commercial strip but we don't need more garbage going up over in a place where there is not much parking and is ruining a residential area. This area of bayside is not use to businesses like this with no parking lots. We are use to car dealerships and gas stations but not this! Have you ever been to that area? The streets over there have no room for anymore parking on the streets. Does every area of queens have to become overdeveloped? Abbey Rent-All didn't bring In a load of traffic. It seems like it will have a parking lot according to the picture but this is going to be very dangerous turning on that corner and there is a bus stop in front of it on northern blvd. So where will they put the ramp to come in and out of? It's bad enough that they built that strip mall up the block from there and you can't see as you are getting onto the Clearview expressway ramp area because cars park on that block. You can only write so many complaints about Steinway mansion. Steinway mansion is already dead.....the politicians that you put in office did nothing to save it! This wasn't so much a complaint article but more of an informative article and a question about what kind of crap northern blvd will see now?

End The Federal Reserve and all this ends.

The destruction of this country will continue as long as all this MALINVESTMENT is allowed.

The comments are really ridiculous this time. How about someone posts a side by side picture of the existing rental dump vs the new. I for one live not far away and can't wait till my property appreciates by a few hundred more grand. Just another couple of mercedes for me from Helms bros, sucks for the rest of ya.

WELCOME TO THE NEW ASIA......IF I COULD LEAVE I WOULD....HAVE BEEN ALONG SANFORD AVENUE LATELY?

Wake up. Once again Northen Blvd. is a commercial strip. If a little bit of overcrowded Flushing is reaching Bayside, learn to live with it or move to Suffolk.
You snotty Baysiders were warned years ago about standing with your western neighbors to keep downtown Flushing from moving east. Your attitude was that it would never happen to Bayside so you kept to yourselves and hid your heads in the ground.

Well, this is "D" day. Flushing has arrived at your doorstep. Standing together, with your western neighbors, it could have been prevented. You opted out of cooperation so us westerners say, "enjoy yourselves now".