Moya to publicly pledge his allegiance to the Queens Machine today 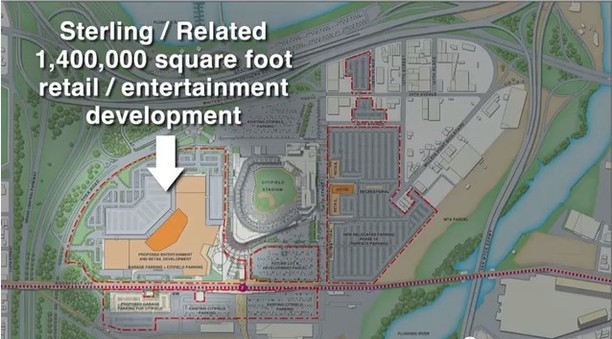 CORONA, N.Y. - On the heels of an appellate court rejection of a prior development project, Assemblymember and Council candidate Francisco Moya has issued a community-minded high bar for negotiations on the future of the redevelopment of Willets Point. These essential guidelines come in the face of a failed attempt to bring affordable housing to the area by scandal-tarred Hiram Monserrate, the former Councilmember whose deals with Mayor Bloomberg led to a decade of inaction and stagnation.

Moya's proposal comes shortly after a decision last month by the New York State Court of Appeals striking down the Willets West phase of the proposed redevelopment. The plan, which would have brought a shopping center and movie theater to the 30-acre site immediately west of Citi Field, was intended to be the first phase in the two-part redevelopment of the Willets Point Site. However, the Court of Appeals struck the plan down on the grounds that the land, which is technically parkland pertaining to the adjacent Flushing-Meadows Park, would first require state lawmakers' approval. Moya has pledged to work with colleagues in the legislature to secure the required parkland alienation provisions if his proposal moves forward.

...the leading City Council candidate will join Make the Road Action, Jackson Heights Green Alliance, Fairness Coalition of Queens, and local community leaders to rally in support of Moya's plan, and urge Mayor Bill de Blasio to join in support. The press conference and rally will coincide with the Mayor's week-long stint in Queens, working out of Queens Borough Hall.

What: Rally and press conference in support of Moya's Willets Point proposal

Nice collection of tweeder groups, Francisco! He also wants a soccer stadium in the park.

I'm kind of hoping Hiram shows up...
Posted by Queens Crapper at 6:11 AM

Disappointed to see that Make the Road supports alienation of park land. I thought they would have supported restoration to green space considering how crowded the surrounding areas are and the spars its of recreational space other than FMCP

The original provision allowed paving over the park land to provide parking for Shea. It clearly did not 'give away' development rights to Mets owners who lost all their money to Bernie Madoff. Citizens of Queens don't need to support their 'get rich' scheme, but obviously there's money promised to supporters.

If the land is available for a giant mall, despite the fact that malls are collapsing and dying all over the country, it should be returned to the people as park land. This whole thing is just politicians and Mets owners trying to get rich. Stop it. Vote the bums out!

Great primary-choose between a violent thug and a bought politician.

Alas, Queens Crappers, haven't you already learned that corporate obedient stooges like Moya don't live by the rules——they make their OWN (and they always HAVE for more than 50-plus years, and counting)——and, the public be damned (again and STILL)!

Just another New York City racket among too many grinding rackets to count!

The United States (formed by Europeans) is the only place in the world that has Park Lands incorporated into their communities. With the high influx of non-Europeans in the past 20 years this ideal of preservation of land use is no longer important because the masses that are immigrating here, whether legally or illegally, have no basis in their culture for massive of amounts of open, free land being preserved for the good of all. They do not respect the land and its natural beauty, nor do they want to preserve its beauty in their homeland, so to destroy OUR Park Land is of no consequence to the newly immigrated who DO NOT want to embrace OUR culture.

This is a grievous situation, an uncontrollable snowball rolling down hill, destroying every good thing in its path...