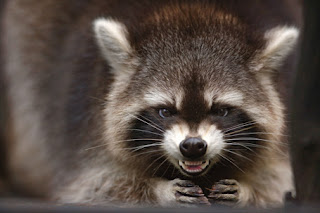 "A seven year-old girl had to run for her life from a raccoon; but according to policy the raccoon has the right to stay. A woman reached out to CleanupJamaicaQueens after her child was almost attacked by a fierce looking raccoon on Sunday June 25th.

The woman is living next door to the raccoon dwelling. Her home is about six feet away separated by a short fence. The decade old abandoned property is located at 167-05 144 Avenue Jamaica Queens. And yes, she has reached out to the local leaders many times to clean up the site.

The woman, Ms. B said that she has seen: rats and lizards, but the raccoons appear to be the leader of the pack. She said, "I was sitting on my stoop, watching my daughter play in my yard; when a raccoon started walking towards her direction; she started screaming, crying and running." That is when I had to reach out to CleanupJamaicaQueens.

Well, I (Hazel) got to the scene around fourish; the Sunday afternoon was still bright. The raccoon was long gone home, but next door. I called 311 and reported the issue. The operator said, some one will come out to investigate, but the raccoon can stay if it does do not have rabies. He went on, "do you know if that raccoon has rabies?" I was so damn angry that I responded, "no I did not have time to investigate." 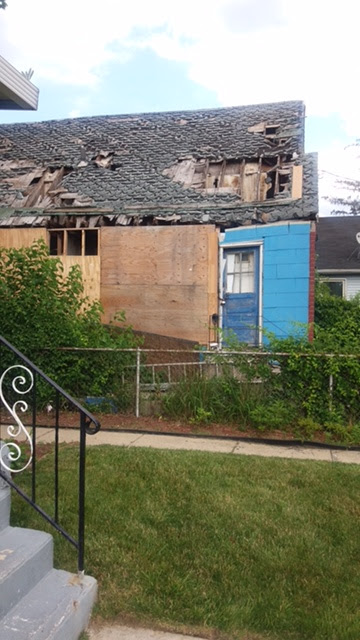 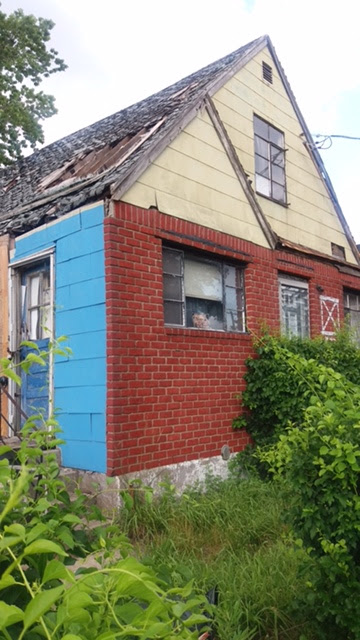 Borough President/Katz, please get off your ever promising ass. You are responsible for Jamaica; It is part of Queens.

Please have your henchwoman/Boranian call the appropriate agency. The raccoon house is surrounded by trees and bushes, where creatures run freely. The entire house is inhabitable and the neighbours are living in fear."

Posted by Queens Crapper at 8:08 AM

To the woman and her daughter who are having trouble with a rabid animal, the city has an ad campaign telling our citizens that raccoons can be our friends and neighbors. They are calling it "urban wildlife"


I saw this ad on a bus recently and this is real and it is nuts. according to AMNY above, filthy, scary unpredictable ravenous raccoons have been added to approved wildlife for some retarded reason. Unless the reason is it gives the reason for the city to ignore a real dangerous problem if those little beasts procreate.

And they do, last time I was coming out of the call-a-head by Jamaica Bay by the rest areas by the bridge, I saw hundreds of their shiny beady little eyes approaching the parking area.

Hawks and piping pipers I can understand, the other day I saw a flocks of 3 and 4 of the pipers and it is an awesome sight and sound. But those fat little ravenous hairballs are scary upclose, and they can smell fear. Who knows what it will be like if they can't find food, but according to that woman's ordeal in this post, those animals are very territorial which is probably why her daughter got scared.

311 is a joke in certain towns, to paraphrase Flavor Flav. Although because of this ad campaign, operators are probably under instruction to blow off calls about the 'coons.

Folks, it's a raccoon, just being a raccoon. No one needs to "run for her life" from a raccoon.

In just about every other part of the state, raccoons are a routine part of the scene. They knock over your garbage cans. They raid backyard gardens and chicken coops. They fight with each other and squall in the middle of the night.

But they don't eat little children. They don't randomly attack passersby. They just go through life living off the land or, when they get lucky, whatever we make available.

Sure, once in a while you'll see a sick one wobbling around in daytime. Maybe its rabid; more likely it has cat distemper and is about to die. Those are worth calling in to Animal Control.

But otherwise, don't worry about raccoons. It's some of the people living next door the offer the real threats.

"And this is why the black communities remain a fourth world area in America. There is always a technicality NOT to resolve problems in black communities."...Hate to break the news to you but ALL the communities in City get the same bullshit answers when you call 311. When it comes to incompetence the City is color blind.

If the raccoon comes out during the day and chase a little girl, chances are good that it is rabid - racoons are nocturnal and don't chase after people normally. Call back and when they ask if it is rabid say yes.

This is what the owner should do, or the neighbors encourage squatters from the following groups approved by the Democratic Party for tax support and attention:

1. Find a group of illegals and encourage them to move in. Report it to any elected official. You will have tons of people stopping by offering to help, signing them up for programs, and holding press conferences in front and giving them free NYC ID and passes to the Met, Lincoln Center, Queens Museum - you get the picture.

2. Even better, find a group of transgender or questioning illegals. You will not only find enough electeds making the pilgrimage there for photo ops to populate their droll self serving newsletters to be mailed (at your expense) to their constituents, but massive orchestrated anti-Trump rallies for national media where the mayor and his staff dare the President to show up to remove them and tear down that house!

I feel this black communities that get no help from the city and state agencies should not pay any property taxes.

Well I guess the problem could have been solved quickly if the person just asked the raccoon nicely if it had rabies. Dumbass citycontract workers.

Any raccoon that comes towards a child during the day would be acting abnormally and should be considered to have rabies until proven otherwise!

I understand a raccoon that doesn't have rabies isn't a threat to a child. I still don't want it around my child!

What that lady needs is a gun, not some j@ck@ss on the line from the city asking if it has rabies. Let me put my rabies goggles on. Just the kind of stupidity you would expect from a city employee who is only concerned with checking of the rabies?: <> yes <> no box.

That lady and we deserve better. We pay taxes in an astronomical level that we should expect better.

Its Jamaica, no matter what you do it will revert to a mess. Placing illegals will result in 50 of them making baby's and getting drunk, fighting and every other nuisance in the house and on the street.
It will be a much WORSE issue then raccoons.

Wait - a church owns this? Why don't they sell it to someone who will knock it down?

This is what happens when you let government care for you. The Queens I grew up in was populated with many WWII vets. They would wait for government to do something, they'd break out their gun and kill the raccoons. They might go so far as to help that place burn down.

Oh, I thought that was Gregory Meeks, scrounging for food, now that he's been called one of the poorest members of Congress.

Raccoons are carries of other dangerous diseases as well.
They are not little furry lovable pets they are wild animals.
Here are some problems they can have besides rabies.
1. Leptospirosis
2. Giardia
3. Roundworm
4. Fleas
5. Ticks/Lyme Disease
6. Parvovirus

Those ads in favor of raccoons are targeted to a Democratic party targeted support group - clueless millennials that eat in those restaurants destroying our community shopping districts, move into the flimsy highrises built on brownfields, ride in bike lanes that are destorying our streets, and dutifully show up at pink pussyhat demos in favor of illegals that are driving up the rents they pay.

I like the illegal transgender option. Sign up four or five of them-- even better if they are Chinese or Muslim. Viv and Duhblaz will be out to fix the place up and move them in within a week.

That raccoon sounds like it was rabid. Raccoons just don't chase people, much less in the middle of the day. Abject morons run the city, including the "elected" council people and that limousine liberal mayor

If that community always pay their bills, this wouldn't have happened.

My dog has twice been in fights with racoons in my backyard, can I send the vet bill to the City for reimbursement? Told my neighbors if they hear small arms fire in the backyard, they don't know nothing.

Animal lover here... but it's not as if raccoons are endangered or the family built a house in the exurbs, encroaching on their natural habitat. If the city doesn't want to do its job, a couple of happy meals laced with rat poison could accidentally be thrown over the fence.

Funny how the cry is for black communities to get help - where is the owner ? The owner is responsible for the property. If people in the community are not being responsible for their property its not the cities fault. Be Responsible, Take Care of Your Property, and Stop Depending on the rest of us to do it for you - no wonder its a fourth World community - You don't take care of it.

At Blakes Wildlife Control, we have a team of experienced individuals. We specialize in Raccoon Removal Florida since we have handled several projects. Working with us means you have experts on your side to help you resolve wildlife issues.