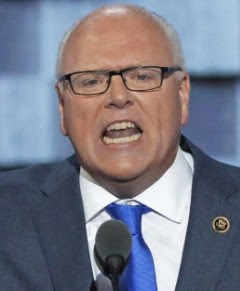 The anti-nepotism reforms followed on years of Post reporting by Haberman, Allen Salkin and the late Jack Newfield.

Back in 1998, they found that the vast majority of lawyers receiving repeat Queens Surrogate Court assignments had direct ties to the county Democratic Party and its then-leader, Rep. Thomas Manton.

Newfield later noted that Manton’s own firm had received more than $400,000 in court patronage from 1997 to 2000. The Crowley clan had similar success.

Those exposés (Brooklyn had its own outrages) helped force a 2002 review by the state’s then-Chief Judge Judith Kaye that found rampant cronyism in the Supreme and Civil Court systems. The “cure” included the rules that the Crowley clan got caught violating in 2011.

But those reforms plainly didn’t go far enough. Newfield’s charge that the “patronage courtrooms in Brooklyn and Queens” might as well be “rigged casinos in Las Vegas” still rings true.

At a minimum, it’s surely time for current Chief Judge Janet DiFiore to lead a new review. The rising odor is a sign the stables need cleaning again.
Posted by Queens Crapper at 12:34 AM

Alas, politicians (not public servants) are beholden to themselves, and always HAVE been. Their only interest outside of themselves is to canvas for fundraising and plaster a 300% fake Colgate smile on their crooked faces, and then it's back to running We, the People's business into the ground.

And, that's why thousands leave New York City and New York State every year, because of the endless, free-flowing corruption at the top that continues to 'shield and protect' two arrogant, Teflon dictators like 'Gargoyle' Andy, and useless shithead Bill de Assio (just like all filthy-and-failed political leadership), both of whom couldn't care less about our New York State government, its ravaged people and the freedoms and liberties that USED to be ours to enjoy! A public till is not a private source of endless enrichment, yet that's exactly how these two empowered idiots continue to abuse power and privilege like no on else!

A high property tax paying homeowner is CALLING FOR THE CLEANUP of 42ave./201st-205st. center mall curbs and sink holes .The intersections are damaged because large D.O.E. FORCED BUSING TRANSPORTS,to P.S'S one mile away,cannot make the turns on one way streets in area.
Vallone,get the $$$ from the culprits<the DOE SOCIAL ENGINEERS.

do we need a NEW SHERIFF ?

Uh-Oh...Gramps is missing his meds again!

The corrupt Crowleys have to go. (And also the horse that they rode in on).

I think we are starting to see the end of the Vallones, Crowleys, and other machines.

Crowley is a jerk. He doesn't know how to speak, just like Trump.