Past briber back at work 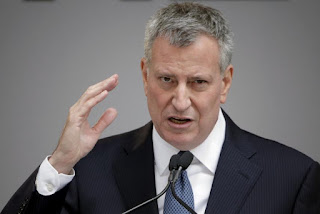 Back in the day, Ron Lattanzio was accused of throwing cocaine parties in his city Buildings Department office, then later bribing some of the department’s top officials after he was fired.

He sought favors from City Council members and regularly certified projects as safe using a stamp from a retired engineer who never saw the plans. Eventually he got caught, secretly pleaded guilty to bribery and for two years worked as an undercover informant against his former Buildings Department pals.

Lattanzio testified repeatedly before a grand jury and in open court, and in the end corruption charges were filed against 18 people, including the No. 2 official in the department.

Prosecutors recommended he get no jail time and a judge agreed. He then promptly disappeared.

Lattanzio, 59, has quietly returned to again pull levers at the same city Buildings Department he once corrupted every chance he could, a Daily News investigation has found.

Through several companies he runs, he and his employees deal each week with the Buildings Department, obtaining permits and interacting with inspectors for developers of some of the biggest buildings in the city.

He and his executives are also once again writing thousands of dollars of checks to politicians, including Mayor de Blasio and Jumaane Williams, chair of the City Council committee that oversees the Buildings Department.
Posted by Queens Crapper at 3:13 AM

Cocaine is a helluva drug.

this wretched city. I wonder how long Williams has been on the DOB committee board.

You left out the most important part of the article, Crappy:

> His old company, A&E, shut down. Soon after he formed Construction & Realty Services Group, which oversees at least five other firms that handle various aspects of dealing with the department.

>Records show CRSG — which calls itself a “one-stop shopping” firm — and an affiliate, Domani Consulting, employ a total of 24 expediters licensed by the city to navigate the Buildings Department’s complicated approval process.
...
> Lattanzio’s companies are currently lobbying the City Council to pass bills that would likely result in contractors hiring even more site safety managers.

>In January another firm operating out of CRSG’s offices, the Rossi Corp., whose president is listed as Caruso, hired Cahill Strategies to work the City Council on construction safety issues.

>During a January City Council hearing chaired by Williams, Caruso, who identified himself as president of yet another firm under CRSG’s wing, CR Safety, offered testimony in favor of several proposed laws that are designed to make sites safer.

This guy and his cronies are actively lobbying city government to make construction laws even more complex; to make building anything in the city besides luxury apartments for the filthy rich impossibly expensive.

And then to get around those impossibly complex rules, you either have to hire this guy - or you have to bribe people at the housing department!

At least he is not unemployed.

He is doing the one job he knows and seems to be very good at it.

Shhhhhhhhhhhhhhh - Perhaps he is involved in another undercover investigation...

"Cocaine is a helluva drug"

Didn't he make a drug run or so called "pit stop" with a police helicopter a wile back ?
I remember something like that, how this guy gets away with all this shit is just amazing. He's neck to neck with John Gotti