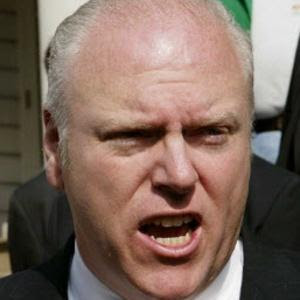 For 30 years, the same three men have effectively controlled one of the largest Democratic organizations in America.

They are Gerard Sweeney, Michael Reich and Frank Bolz, the powerful attorneys who serve Rep. Joe Crowley, the chairman of the Queens County Democratic Party. Reich is the executive secretary of the party, a spokesperson and wrangler of district leaders. Bolz is the law chairman, entrusted with keeping county-approved candidates on the ballot and knocking their rivals off.

Sweeney wears no official hat within the party infrastructure. But Queens insiders say he is arguably its most important strategist, helping guide the party’s political machinations on the homefront as it jousts for influence in City Hall and Albany.

He is also the one who gets to be very rich.

As the appointed counsel to the Queens public administrator, a job he has held without interruption since 1992, the 63-year-old Sweeney raked in just over $2 million last year administering in Surrogate’s Court the estates of people who died without leaving wills. Over the past decade, his haul is even more stunning: $30 million since 2006, according to an analysis of court records.

It’s impossible to know how many millions Sweeney received in his first 14 years on the job because the state’s Office of Court Administration, which oversees Surrogate’s Court, says it doesn't keep those figures.

The three men, with Crowley’s blessing, still determine what type of justice is served in Queens County. No Queens judge rises through the ranks without the party’s blessing and regular donations to its housekeeping account.
Posted by Queens Crapper at 6:50 AM

Wow, Ross Barkan has really come into his own - a promising candidate to fill Jimmy Breslin's shoes if the NYDN still has a few adults at the helm with the common sense to feature more of his work.

democrats vs republicans, all the same, one has its source of money from the gov't and the other from big businesses. we aren't in either club and I don't think either of them have any interest in the rest of us.

This is a well-known fact, nothing new. Everybody knows this.

Click on the "Surrogate's Court" tag that Crappy included with this post. You will read the same article from a year ago, two years, three years etc. This is nothing new and nothing will come of this as long as the sheeple keep electing the same people / party year after year.

I have a brother who refuses to settle an estate,5 of us just want it over but he won't settle because he was and is a crook and was not left executor
The court won't force him to settle because it's all corrupt,each ufo us left 40G and the lawyer bill is 50 grand after 4 years
Estate court is an ATM for corrupt lawyers and Judges.

```Anonymous said ...
```... This is nothing new and nothing will come of this as long as the sheeple keep electing the same people / party year after year.

Ppl keep staying in the Democratic Party. Last week, I contacted the Green Party about setting up a formal committee in Queens, and I got no call back. But they immediately put me on their e-mail list. Not even the Greens care about challenging the corrupt turf claimed by the Democrats. And I'm sure that if it were Republicans in control of Queens, it would be the same thing. Both mainline parties are corrupt through and through.

As usual, the Queens DA, AG Schneiderman, and the Federal prosecutors' offices do nothing. Remember when Preet said, "We are the ones, who do our jobs" ? It turns out, he was lying, otherwise how does the Queens machine keep getting away with this ????? The only way to clean up Queens is to begin by raiding the Queens DA. Start with the enabler, then raid Crowley's office, so Crowley has nobody left to put the fix in on his behalf.

I think we are all missing the point here. Yes, this is mostly known to anyone that sees what is going on and knows the word 'to tweed' - which is a contribution to the English language courtesy of this board.

But the key thing is every time this is shown, it cuts into the aura they placed about themselves. With the internet the new player in town, its only time before they and their ilk are toast career-wise that is.

Its a big mistake on their part in getting people going to rallies. Once you have people engaged in politics, its only a matter of time before they turn on you!

What they're doing is perfectly legal. With what crime should they be charged?

From what I've heard over the years, Lizzie's talent is actually in the opposite direction: she's much better at going down than moving up.

What they're doing is perfectly legal.

Joe Crow you know nothing!

Alas, the United States is the only country in the world that taxes its citizens without EVER giving them anything in return for their publicly unauthorized tax dollars. Only in America is everyone thrown in jail for not conforming—ironically the ONLY way to get free healthcare!

In fact, ANARCHY has already arrived in the 'UNITED STATES of AMNESIA and ENTERTAINMENT'—and, it won't be leaving anytime soon, until political scourges like Crowley and Co., destroy flag, country and Constitution with impunity, and then completely obliterate all three to smithereens!

Adversity is the FIRST path to action! IMPEACH and OVERTHROW THE SYSTEM—REVOLUTION is the ONLY SOLUTION—and, it's NOT NEGOTIABLE!

So says The Reverend Tole Snopes: ❝Fascism marches in, wrapped in the flag, with a cross on one hand, and Bible in the other. Preaching national security, whilst declaring 'selective' and 'occasional' liberty privileges afforded to the obedient, as fools cheer in blind gratitude.❞

Now, in 1871, the US Treasury went bankrupt as a result of the Civil War. It sought help from global financiers, such as the Rothschilds of London. Global bankers were eager to buy, and the treasonous Act of 1871 was passed by the 41st Congress. The Constitution was altered, and America was transformed into a CORPORATION.