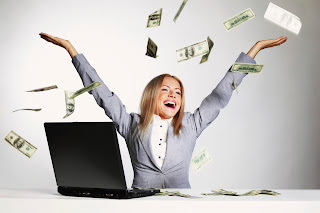 As New York City Council members voted on a package of legislation that increased their salaries from $112,500 to $148,500, aides to two Council members stood silently in the balcony of the Council chambers, wearing white t-shirts that read, “Paycheck to Paycheck, Pay Raises for All.”

The $36,000 salary bump for Council members is about the same amount of money that many of their staff members make in a year. These are aides filling roles such as communications director, scheduler, and community liaison. Chiefs of staff usually make quite a bit more. At a hearing on the bills two days before the vote, several Council members spoke in support of also providing pay raises to their staff members. The silent demonstration by staffers from the offices of Council Members Inez Barron and Rosie Mendez was itself a coordinated effort done with the support of Barron and Mendez.

City Council members set the salaries of their staff members and decide how many aides to employ - the average staff size is about seven. The amount Council members choose to spend on salaries comes out of their office budgets, which are set by the Council Speaker’s office.

City Council members say that a push to increase member budgets was initiated when it became clear that Council members themselves would be getting raises. In early February, at about the same time the Council was voting through raises for all city elected officials, Council Speaker Melissa Mark-Viverito provided Council members with about $25,000 each in additional funding for their offices.

Yes, these folks totally deserve a raise to ignore your phone calls. That's hard work!
Posted by Queens Crapper at 7:44 AM

The Mayor vows to fight income inequality since the day he took office. He just created more inequality than ever by giving these 32% pay raises. Now everybody in his administrations wants the same pay raise.

Great! Fat raises for the council for a part time job. Now my councilman,
Paul Vallone, in league with the anti landmarking agenda of BFHA president, can sandbag Broadway together.
"No landmark district for you guys. You can watch the nabe go down the drain". Vallone lusts for a judgeship and will sell out anybody to get one.
You should have seen that pair, Vallone and Hanphy cozying up together, at the last BFHA meeting.
Mission accomplished. And that hostess doofus, M.B. continues believing that Vallone is on Broadway's side, just because they are St. Andrews boosters together.
BFHA is doomed unless they replace the worst president in their history, with somebody who is proactive.

Welcome to all the official Capital of all government tyranny, fellow taxpaying suckers---and, the 'Land of the Slave, and, the Home of the Fee!'

And, this is what democracy in action has now devolved to---power, privilege, private splendor and unjust enrichment for dumb Blasio's 'Tale of Two Cities' henchmen (of whom he has always been one!), and public squalor, beggary, obscurity, quiet desperation and taxation without representation for everyone else!

Alas, we have now officially bypassed all societal collapse, and crossed directly over to full blown government anarchy/tyranny itself, as City Hall is now a haven for all 'CRIMES WITHOUT CRIMINALS,' and Albany is the ultimate asylum for all inmate pandemonium to prevail---and, the public be eternally duped, bilked, scammed and damned!

And, when even a lightly treading editorial from the Daily News on February 6, 2016 is not persuasive enough to demand that City Hall's most embarrassing and corrupt sociopath of them all, fails to take action, as this 'empowered idiot' ignores the warning signs to stop rewarding monstrous fail, then it's all over for the rest of our Kleptocratic Plutocracy of all 'hijacked-and-held-hostage' citizens---until revolution demands a level of civil unrest and violence that forces all corruption to begin anew---just like the old Yiddish proverb that correctly advises: The way it ends is the way it begins!

I'm not going to lie,I'm voting Hillary or Sanders because they are taking from You and giving it too me.Si Se Puedo

Alas, NOBODY deserves a raise in city government---when the entire rank-and-file, constituent base have been at the mercy of petrified paychecks and static wages for decades!!!

These corrupt, city council frauds (and vacuous,empowered idiots) are getting yet another unearned, undeserved, taxpayer-funded raise (that is publicly unauthorized!!!), where democracy is DOA, as We The People once again have no say, when WE ARE GOVERNMENT!

Worse, all council members are not even getting paid an obscene salary bump for actual work accomplished---they're getting paid according to title of office, in which every single council member has so completely betrayed all pretense of public trust and integrity---that they now DEVALUE ALL HONESTY ITSELF---Council Speaker (and personal mayoral pal) included---to pathologically treasonous, traitorous and ruinous effect!

And, if THIS ARROGANT POWER GRAB is not what government tyranny/anarchy looks like---then, I don't know what does!

REVOLUTION IS COMING, Queens Crappers---the only effective operative to rid all SCOURGES like this, against the will and public referendum of We The People!

Interesting how they put their salaries ahead of the salaries of their workers.

Kind of akin to how they put their interests ahead of the interests of their constituents.

I didn't buy the aides silent protest one bit. They were waiting for scraps.

They are the future council members. And it would be fitting if these people were on the top of the list for affordable housing. The city does set aside a few for city workers

Can anyone name a single council member, past or present, who ever did anything useful or meaningful?

Richard,
what kind of revolution?
NYC has neutered everyone
I'm probably the only one here on the crapper who knows how to shoot
kind of tough voting them out when all the leeches get freebies
I'm off to Texas where there is still a little bit of freedom
you can stay and watch things turn into Detroit

Their raises should have been the same or less than the paltry raises the Mayor "bargained" with the unions for his full time, hard working City Employees.

If union's had any power they would have gotten better raises
The Clepocracy is the New Majority,we have the power now and that's why politicians are falling all over the place trying to give us Free Stuff
Our numbers are bigger than yours so our complaints get heard,sorry
Times change,going to bed now,big day tomorrow,got to be at a protest tomorrow for more Stuff.

George Harrison – Taxman Lyrics
Let me tell you how it will be
There's one for you, nineteen for me
'Cause I'm the taxman, yeah, I'm the taxman

Now my advice for those who die
Declare the pennies on your eyes
'Cause I'm the taxman, yeah, I'm the taxman
And you're working for no one but me.

Thanks to all the A$$holes who didn't vote.

It doesn't matter, Anonymous, if all or ANY 'A$$HOLES' didn't vote---because, all corrupt, drunk-with-power 'A$$HOLES' within City Hall always have the last word---and, the public be eternally duped, bilked, scammed and damned!

Way back in 2009, I attended public hearings by whom a majority rule strenuously objected to former Council Speaker Christine Quinn's vacuous appeals for a pay bump that she and her council-rigged parasites didn't deserve, much less earned!

In the end, there was a majority audience consensus that outright rejected the raises---but DID DEMOCRACY PREVAIL??? Of course it didn't---exactly like DEMOCRACY was DOA once again, when this time, the empowered idiots of dumb-ass di Blasio fantasy leadership camp now changed the rules to appoint a special commission to determine raises for these voracious thieves that were completely unjustified for a $112,500 part-time job that was vastly overpaid in the first place!

But, WHAT SPECIAL COMMISSION??? That 'BULLSHITOCRACY' commission certainly didn't exist in 2009---IT WAS INVENTED!---because, WE THE PEOPLE ARE THAT SPECIAL COMMISSION IN CHARGE OF DETERMINING ALL PUBLIC SALARY PAY BUMPS---AND NO CORRUPT MIDDLEMEN WERE NECESSARY (much less publicly approved and authorized through public referendum!)!

Yet, here we are again, pretending that AMERICA is a democracy-practicing REPUBLIC, when it is nothing more than a hyper-corrupt, lethally dangerous, intolerant extremist,'KLEPTOCRATIC PLUTOCRACY,' totalitarian monarchy dictatorship (and government-sanctioned Caste system), that not only betrays all pretense of public trust and integrity---and, our Constitutionally guaranteed rights, freedoms, liberty (and, all rapidly vanishing democracy, along with the American middle class, which has been completely obliterated to smithereens, as our Constitutional doctrines are now completely abrogated), but where now these, entrenched hyper-corrupt scourges, like City Hall's modern day 'Boss Tweed' and Albany's butchering caravan of systemic corruption, that is in mid-level progress of SO completely destroying NYS right to its rooted core, that they DEVALUE all honesty itself---to pathologically treasonous, traitorous and treasonous effect!

Thanks to all the A$$holes who didn't vote


Who were the choices again?
Diet or Regular? Asshole.

Do you see what's going on with Trump who is challenging the entrenched "establishment" even with the majority voting for him?

"We choose the nominee, not the voters: Senior GOP official"

Chisel this into your head, before calling people names.