Glassy project will kick Buks to the curb 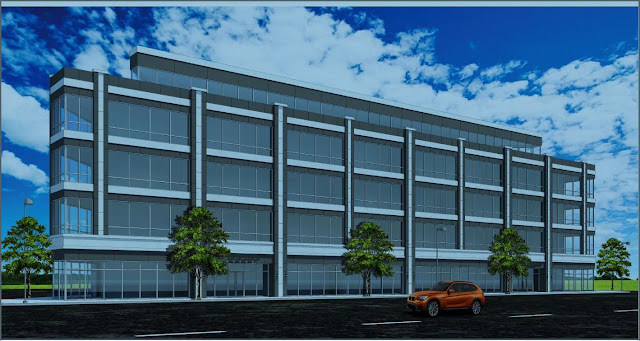 An entire block in Rego Park will be transformed into a 100,000-square-foot retail and medical office building by RJ Capital Holdings.

Located at 98-81 Queens Blvd., the building will take over Ohr Natan Synagogue, the site of the former Trylon Theater. After the theater closed down in 1999, preservationists tried to petition synagogue owners to retain some of the theater’s architectural features. The building was renovated in 2005, removing many of the historical features, according to a blog post by a local historian.

Ohr Natan Synagogue’s lease expires in February 2017 and Rabbi Nahum Kaziev said that talks between him and RJ Capital Holdings have dissolved, according to the Commercial Observer. The synagogue also acts as a community center for the large Bukharian Jewish community that resides in Rego Park and Forest Hills.

The moral of the story is that karma is a bitch.

UPDATE: Maybe they'll stay, but they probably won't.
Posted by Queens Crapper at 12:36 AM

You left out an important fact: the property owner who is affiliated with the Buk community sits on Community Board 6.

Better to have a retail and medical office than a high-rise condo building.

Here's to hoping they include some sort of parking with this structure.

But the Tower Diner! It's a great diner that should be land-marked!

So the one building the Buks did preserve is now being wrested away from them in favor of another giant box?

How is that a positive?

How on earth did that get missed when landmarking came up?

It should be a shrine!

The guy who owns the liquor store on this block is really cool. I hope he finds somewhere else to set up.

"So the one building the Buks did preserve is now being wrested away from them in favor of another giant box?"

You have an interesting definition of preservation. They destroyed the mosaics which were its most historic and unique feature.

Couldn't happen to a nicer bunch of scumbags...

Stern was at the Drake on Woodhaven Blvd.

Anonymous Anonymous said...
The guy who owns the liquor store on this block is really cool. I hope he finds somewhere else to set up.

Is the owner Korean?? never mess with Korean shopkeepers.....

I can only hope that somehow the Tower Diner will be saved. A long standing fixture of the neighborhood. Not mention a blocks worth of local stores.