Foundry has interesting history and works out of history, too


I pass the Modern Art Foundry every day when I cover the Mansion. The MAF is headquartered in the Steinway Mansion stables (old photo below). The MAF's more modern building next door has now been gutted and is being renovated. Here are some photos I took of this ongoing renovation. 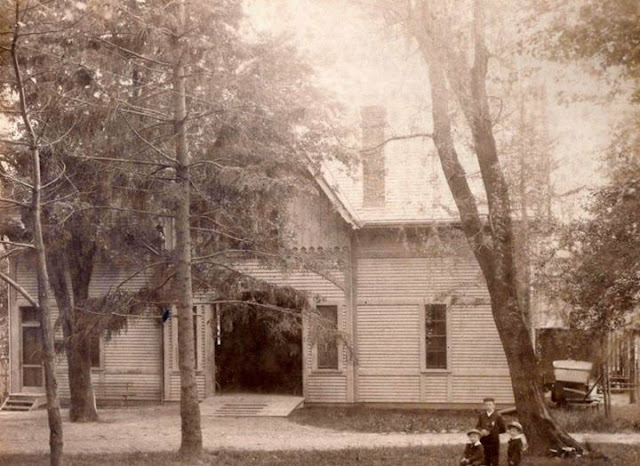 Graduated from bklyn tech in'73. Foundry was one of the classes everyone took. Sadly this and many other hands-on courses have been delete from the curriculum. No wonder we have a citizenry who can't even use a screwdriver. I really appreciate the education I received there. The mechanical skills learned there enabled me to live a better life and enjoy my hobbies that much more . Lucky To have had some great teachers...

Check out my photos from a visit to Brooklyn Tech's foundry from a few years ago here.. Note the place was then a storage area. Check out the boxed computers under the gas furnace in Photo 1.

Ask the Tech alumni what their most poignant memory of the school was and their eyes will glaze over as they utter the word "Foundry".

The point of the Friends of Steinway Mansion is not the house, but the education and the appreciation of the arts, and by doing so, building a bright future. The Steinways played a big part in putting New York City on the map as the cultural and intellectual center of the world ... and in creating the borough of Queens as the 20th Century home for the world.

They took the immigrant story one step further, for by epitomizing the very spirit of the American ethic, they were regarded as 'American' in every sense of the word, even when they returned home to Germany.

They taught us to how to dream, and even when they failed, as in the automobile, it was not in execution but in that world had not yet caught up to their imagination.

They knew the importance of attracting the best and brightest in everything they touched, from creating the first modern corporation, to education, to building communities. The Steinways knew, rare for the class and unknown today, the importance of not only building the city of tomorrow, but the how to populate it with the citizens of the future.

The Steinways had deep respect for everyone and in that they embodied the soul of the American ethos. They taught the future how to build and sail great ships.

Now look what we have. A product of apathy and indifference, a mindless playdate culture focused on tinsel and trash.

That community of Astoria, as well as Queens, and in a real sense, the City of New York itself will have to live with this. Sure we can point names and we all know who you are but the time is not yet ripe to do that for we can still salvage the ignorant, greedy, stupid choices of the past.

On the 50th Anniversary of the Landmarks Law, official Queens can cheer a coat of paint on the World Fair relics and the third decade of the Shine of Religious Freedom in tatters.

The rest of us can behold our generation's Penn Station and discover we have traveled a half century ... and gone nowhere.

Thanks to "No Child Left Behind", the government has been pushing schools to focus mainly on math and English, important subjects with results that are comparatively easily measured.

Hopefully, now that the feds are starting to move away from that, other subjects can start getting the attention they deserve.

Unfortunately most schools long ago got rid of their wood shops, metal shops, auto shops,etc because who wanted their kids to learn how to do dirty blue collar jobs when they could go to college and get a useful degree in old English literature or Hungarian art. As for a foundry, forget about it. Most American communities today would mount a massive protest if they heard a filthy foundry would open in their community. I did a tour of a cast iron foundry several years ago and the plant manager told me that he believes in 20 years there will not be a foundry left in the country because of the environmental fears. Every operating foundry is having to fight community opposition and environmental lawsuits constantly.
The sun may be setting on the American Dream folks, but hey we will always be well entertained by our sports heroes and celebrity gossip shows, right?

We can dream, can we not?

The Common Core's purpose is to kill all common sense and thinking skills.
Dumb everything down to the lowest common denominator.
That way things will be "fair".
And more importantly, these masses will be easier to control and with their lack of understanding of respect, self reliance, responsibility, Liberty and freedom, they will be perfect statists, who look to the Almighty Government for everything.
"Where is my safe zone?"

Yet the elite and connected send their sons and daughters to institutions that teach the old fashioned way, with literature, philosophy, world history and the arts, so that they are able to rule and control these lowly uneducated masses.

There is no penmanship or cursive taught, these graduates cannot fill out a form legibly, nor sign their own name!

The history class is endless rantings (worse than my occasional rants) about how the founders were a bunch of evil, miserable, slave owners, who had the nerve to question authority. And we should all feel bad about the past and ourselves because of it. Even though we had nothing to do with it.

There is no more world history, just American History endlessly rehashed and reiterating how all of the worlds ills and woes were our fault.

We fought a brutal Civil War over slavery and brought it to an end here in these United States. Yet it is estimated that nearly 30 million people remain enslaved globally, millions of whom are in Africa. But no one talks about that, or what to do about it.

All that is currently taught is how to pass "the test".

And regarding moving away from it, all that is being done, as in other states, is a name change. Same crap, new name, uneducated students.
A new, fancy colored cover with pretty pictures displaying the wonders of multiculturalism.
Same useless drivel inside.

So they are focusing, like a laser, on math and English, yet the students are for the most part are failing the test. Additionally they cannot form an intelligent sentence, let alone spell most words.

Look at the writings and postings of the youth.

There, their, and they're are NOT interchangeable!
And those of us who had a decent education learned about homonyms.

It was not that long ago, we learned to speak respectfully, write intelligently, perform higher orders of math in our heads AND balance a check book, know the history of the world, learn about real literature, various shop skills, home economics, AND play dodge ball. Disagreements were settled on the playground with some wrestling and a few fisticuffs. We dusted ourselves off and moved on, and learned from our experiences and mistakes.

OH, yes the furnaces.
Realize they were most likely shut down due to chemical toxicity and of course safety and liability. God forbid someone breathes some smoke or burns their little finger...

Who was or "what" is days of yore ? is that some kind of Shakespeare speak.
Does the writer mean "good old days" ? These college, professors, politicians and hipsters are friggan killing us with this PC crap'ola and mumbojumbo.

Hey professor dumbing everything down to the lowest common denominator is the only way to get all this recent “dump” of immigrant kids through school.
If anyone thinks schools in Queens are busting now just wait till September 2016 when around 200,000 parents-less who can’t read or write in any language PLUS have serious behavior issues hit Queens classrooms September 2016.
I feel sorry for anybody who has a young daughter, odd are she will be eventually raped or knocked up by age 14 like in Mexico, Central America and Kenya.

All courtesy of the jackasses you stupid new York voters elect and continue to re-elect. When will you people learn the Democrats and progressives you elect really dont like you because:
ONE:-You dont breed like rabbits
TWO: Your not easily controlled and obedient.
Your elected politicians HATE YOU and America, they just want your votes !!
WAKE UP NEW YORK !!!

RETURN WITH US TO THOSE THRILLING DAYS OF YESTERYEAR!

I was wondering if junior high still had shop classes? In elementary school in the sixth grade the boys and girls made aprons so they would be prepared for junior high. Boys had metal, wood, electrical and print shop, girls had home economics, sewing, cooking and baking I think. It was good for a kid to learn how to make things. NYC had some great vocational high schools too. My Dad graduated Brooklyn Tech in 1943 and yes he loved the school and especially the Foundry. I went to HS on a WW11 era Liberty Ship to learn maritime subjects and had many great experiences and the school got us jobs in our field when we graduated.

Back in the 70s Ridgewood JHS 93 had one single shop class called "ceramics" on the 1st floor. The teacher Mr.Aronofsky (a really nice guy who was a Ham radio operator was forced to drag this simple "pinch bowl candy dish" project out 10 months --It friggan sucked and was criminal how the NYC Board of Ed had his hands tied !!
I cant imagine a shop class today with the fear of lawsuits every time some kid nicked a finger or got a little burn from a soldering iron. I went to Brooklyn Tech, they would rig scores and select different tests for non-whites so Asians and a couple of blacks would make up a MORE THEN EQUAL slice of good shop and technology classes.
This "dumbing down tests" for minority's bullshit was going on back then in the 70s.

PS: I had a General class FCC license at age 15, something that wasn't easy to get at the time. Now the government hands those out like nothing, the test is a joke

Thanks for the photos!