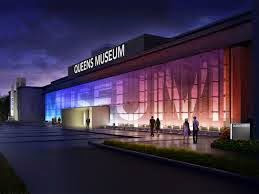 Queens ranks last in per capita support from the Department of Cultural Affairs with just $3.27 spent per resident, according to a presentation by Katz’s staff at Monday’s meeting of the Borough Board, despite eight of 35 cultural institutions owned by the city located in Queens.

“Focus on that for a second,” Katz said. “I just want everyone to understand that it’s bad and it’s unfair. We are the number one destination of choice in 2015 and yet we spend $3 per person on our culture.”

Of the eight cultural institutions in Queens — the Queens Botanical Garden, the New York Hall of Science, the Queens Museum, Queens Theatre in the Park, the Jamaica Center for Arts and Learning, the Museum of the Moving Image, PS1 and Flushing Town Hall — the New York Hall of Science is provided the most city funding, $1,847,093, in the new budget, $18,696 more than last year.

However, six other institutions saw a decrease in funding in this year’s budget proposal, with PS1’s allocation remaining steady at $774,496.

Katz said colleagues such as Manhattan Borough President Gale Brewer don’t have to make up for shortcomings in city cultural funding with monies from their own budget, and that she plans to negotiate as hard as she can for equality.
Posted by Queens Crapper at 12:41 AM

Melinda Katz is part of the problem. She supports overdevelopment. The Trylon Theater got torn down. Claire Shulman did not support landmark status for the Keith's Theatre. It is gone. She let the Aquacade go. Donald Manes? He was Queen's bulldozer. The office of borough president for at least 5 decades facilitated destroying the little Queens cache that we possessed As we keep on destroying attractions that would bring in more cultured people , they flock to Brooklyn. Now there is a borough. Queens is void of first, or even second rate cultural institutions. So when the financials are tallied up, the money goes to cultural groups that deserve it. Does Queens deserve what they get? Unfortunately, yes! Their dumb voters keep on electing developers' stooges.

There are a number of reasons for this:

1. Queens institutions are very poor at fund raising - sure they get Con Ed, Verizon, Chrystal Window, and they usual gaggle of borough developers, but they get very few outside people in the arts.

2. Cultural events are regarded as vote getting and photo ops by the pols - their appeal to the general public is a rather limited (unless you are talking about movies in the park or that rave at PS 1 - hardly examples of high culture).

3. The cultural scene in Queens, like everything else in the boro, is vetted by the machine which carefully considers each group through the lens of usefulness and compliance with the party line and interest.Lard the pablum on diversity, development, and act stupid when the pol walks into the room you get funded. Step out of line, get nothing.

4. The programming at the Queens Museum, Queens Theater on the whole is not the same as BAM or the stuff in Manhattan - to say nothing about it being inaccessible for most of the city.

5. A tiny number of institutions, mostly located as an amenity to an area targeted for development, and with a local developer on the board, get the lions share of funding: about 5 % get 95 % while the rest of us can go to hell.

6. I have two words that summarize culture in Queens: Queens Library.

They aren't poor in fundraising. Money goes to where it gets noticed and proves worthy. Queens groups aren't worth funding much. For example...my wife, a long time employee of Xerox Corp. in the admin dept. asked Xerox to fund the Queens Historical Society. They declined, supporting PBS instead. There they got more bang for the buck. Why fund anemic historical societies from east to west in Queens....to have good Xerox $$$$$$ get flushed down the drain mounting myopic exhibits than mean nothing to nobody outside Queen? No, sir! You get what you deserve. This is a builders, not a preservation, borough.

The comment about poor in fundraising I got first hand from someone deep in the NY Theater circle that mentioned the supposed pillars of Queens Cultural Scene, as PS1, Noguchi, and Socrates did not do fundraising well.

As they had far better credentials than I how could they be challenged?

This was before the Kaufman Arts District took off, but even there, I hear a litany of complains and eye rolling on the awkward design of MOMI ("what were they thinking?")

I actually knew the architect and am not at all surprised on that one.

Finally, the ongoing farce of the Steinway Mansion is being watched by more people than you think across the river, and that dropped ball between the what goes for local political talent, and their classy developer chums, plays into the hands of those that say sending good money and resources to Queens is a waste better applied elsewhere.

Hell, we tell the world that Jamaica is NYC's new art mecca. That should finally put us on the map to be taken seriously, eh?

The Queens Steamer* is still referring to that fraudulent Lonely Planet piece to solicit, actually pathetically beg for funds for that deserted hovel. What, did anybody show up or donate when they had that jackass wannabe's film exhibit of him committing crimes.

I am not the only one to notice that there is no culture in queens anymore,hasn't been since the days of punk and hip hop. And of course the art they do support is lame,unchallenging and unprovocative like those hacks with the enormous gum statues and discarded lollipops.

This woman is an idiot. And is obviously up to no good. I don't know much about Gale Brewer, but I don't think she needs to do much finagling for her borough,because broadway and the museums have been there for 100 years.

*the inspiration for her title

Had Enough in Elmhurst said...

Tax dollars for this crap are just lining politician and civil servant pockets.

Why support a borough paves over its history and puts up a parking lot?

Queens Botanical Garden? Thats for old people and I have allergies!

The Queens Museum? Is it ever open?

Jamaica Center for the Arts? There is very little parking and I don't want to get mugged!

Museum of the Moving Image? OK, maybe that is worth a look.

You want support? How about something a person with discretionary income who is looking for something interesting to do can spend their money on?

Let me look on Kickstarter?

"Lonely Planet" with its astute observation. Peel back the layers and you might find it's been prompted to write that puff piece about Queens being a top destination. There are so many third world relatives coming to Queens to visit their cousins. They are not real tourists. Tourism stops at the East River. No Parisienne wants to come to Flushing or ever heard of it. Flushing is the borough's bidet!

We got on the Lonely Planet list along with you, too!

When yas want sum culture, buy ya selves sum yogurt. The little we have in Queens "culture" scene is backwater cow town stuff. Time to put my hoe down and drop in at the local whore house. Now, that's entertainment!

Melinda, me dear, I have a turkey baster donation to make. Interested?

Theater in The Dark, Dragon Boat Racing....not exactly a draw...so why fund " culture" in Queens at all? Bingo! Pol's hand out candy money to mediocre groups so when it rolls around to Election Day, they can say they support culture. Are you buying that, dummies? Yet you keep on voting for these lying, non delivering, duds!

Hurrah! Hurrah! Hurrah! There is a red bird # 7 train carefully preserved on the "lawn" of Queens borough hall. The statue of Civic Virtue is resting in Greenwood Cemetery in Brooklyn. Hellen Marshall had it moved. I guess a reminder of anti corruption was too much to look at. The vultures are circling. Voters let their borough die.

When I want culture I zip into Manhattan. That's where it all really is. Grade "A" institutions do not make their home in Queens. Compare us to neighboring Brooklyn. See what I mean? We lost the RKO Keith's as a prime performing arts venue. Brooklyn has the former Loew's Kings theatre, which was recently restored to perfection.

Pride and unity, you say? Sleepy town Queens is full of jellyfish. You have got to have a spine to have any pride. Your self serving borough presidents have gutted you voters with false promises. Once they are at the table, those fat cats feast and throw you table scraps. Bark for the cookie little doggie.

Look at the Greater Astoria Historical Society. They were doing a great job , but when they stopped kissing up to the Vallone agenda....didn't they get their funding cut? Speak softly or get whacked with a big stick! On your knees, you peasants, if you want a cultural hand out.

Substandard culture and under built nabes is a recipe for destruction. We shall pass into mediocrity without a sound or a whimper. The only reason that Queens has seen the highest rise in its prices of real estate recently is that all other boroughs are already overpriced or considered to dangerous or far flung to live in. This is a bedroom borough and as boring as vegan pate!