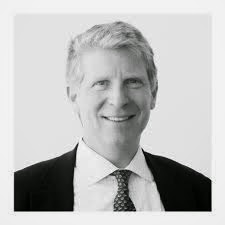 They are “out of touch with the reality” compared with other states that make it easier to go after crooked officials, he said on John Catsimatidis’ radio show on AM 970.

I'm sure the lawmakers will get right on correcting this.
Posted by Queens Crapper at 12:07 AM

Well, who will change the law? Surely not the politicians that it is protecting! Albany pol's have gotten a free ride for well over a century. When a shady NYC council member gets term limited out, he or she runs up to the Albany hills. What a great hideout...far from the watchful eyes of NYC.
How much Ill gotten loot has the Stavisky dynasty salted away upstate? They were known to have the largest war chest around until John Liu topped them. Open up the fire hoses and wash out the crooks.

This is why it is the Feds that prosecute NY pols under federal laws, not local District Attorneys.

Speaking of bribes, try not to read this and gag - its from the fellow that is behind a lot of our misery in Queens: "Honest Joe" Crowley:

Friend – we are hours away from the first FEC deadline of the 2016 cycle. This is a huge test for Democrats. It will show whether we have the support to fight back against Republican extremism and win.

I’ll be working to help Democrats win back the majority in 2016, but I need your help today to prove that we have what it takes. The first deadline where Democrats have to report how much their campaigns have in the bank is the most important because the pundits and our opponents like to use those numbers as a measure of our strength and our support.

That’s why I need you to take action today.

Please chip in here before this critical FEC filing deadline – all contributions are being matched by a group of close friends who want to help make this our strongest showing possible.

All eyes will be on this deadline. Do we have what it takes or will we back down to Republicans?

Stand with me: make a matched contribution before midnight here: crowleyforcongress.com/deadline

Unbelievably sad, but true. Albany is a behemoth of a raw sewage plant that keeps poisoning the waters statewide, as the Assembly, Legislature, Speaker and Governor drink from purified wells of endless corruption and graft. The only way to end this insidious cycle of epic fail is to systematically remove these pay-for-play empowered idiots from the very breeding point of corruption. Anything less will create a more entrenched pool of corruption throughout the system---straight down to the very bottom rung of dishonesty and dysfunction.

Moby Stavisky is part of that war sewage, Richard. Never catch yourself downwind from her.