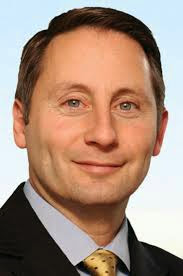 The Astorino/Moss Plan to Clean Up Albany
Sounds good, but will it happen? Polls show Cuomo with a very large lead over Astorino.
Posted by Queens Crapper at 12:14 AM

Many times in the last few decades state officials have bought union votes (dem and repubs guilty here) by retroactively increasing pension payments. Payments that the state was never responsible for making, and of course made no move to fund even slightly.

That has cost the city of new york billions more than everything Astorino wants to change in this list combined.

They need to aim big if they want to be taken seriously. This all seems like the typical promises made by the out of power party. Even when they follow through, it never makes a big difference with these small bill items. It's time for NYC to manage it's pension system so the state can stop buying votes with someone else's money.

This guy isn't a candidate -he's a comedian.

He has good ideas, but unfortunately they are not going to be heard, as the media, enamored with Cuomo, will ignore him totally, or just barely mention him.

If you think national Republican politics have anything to do with NY State, you've got your head in the sand. Astorino probably isn't perfect, but he's cleaner than Cuomo by a long shot.

Anon#2, what is the arrest,idictment,and conviction rate in NY state in regards to democrats and republicans? Support your favored party,that's fine, but don't be dishonest

While several of these ideas are good, most of them would place limits mainly on the legislature. Astorino is running for governor. Of course an executive would be happy with most of this--he wants the assembly and the senate out of the way so he and his largely unelected bureaucracy can run rampant even more than they already are. Consolidation of power in the executive is not a positive in my book.

I don't see anything proposed for the legislature that he isn't also proposing for himself.

Sound GREAT. The problem is that this is a 12th grade popularity contest, not a "for the people" system. These are great ideas. I'm voting for him.