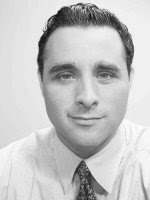 From an e-mail sent out by City Hall News:

* Senate Democratic spokesman Austin Shafran is said to be mulling a 2013 run against Queens Councilman Dan Halloran. Shafran, a protégé of Democratic operative Hank Sheinkopf, joined the Senate Democrats' press office after they took the majority in 2008, and has deep connections in Queens Democratic circles and beyond. Halloran has been mulling a 2012 run against state Sen. Tony Avella, but his star has dimmed after the Department of Investigation said he exaggerated claims about a purported Sanitation Department slowdown during last winter's blizzard.

* It's not the worst electronic message that a New York politician has accidentally sent, but it was still embarrassing when Queens Councilwoman Liz Crowley mistakenly forwarded an email Tuesday to every City Council member and staffer. It gave a revealing look inside her efforts to land a $200,000 member item for the National Association on Drug Abuse Problems: Writing to a legislative aide who had drafted a pitch for funding, she replied from her iPhone, "Good, but run it by lobbyist" - a reference to Vicky Contino of Wilson Esler.
Posted by Queens Crapper at 12:10 AM

If I was in that district and Austin Shafran is running against Halloran, I would vote for Halloran. I've never voted for a Republican in my life.

"I've never voted for a Republican in my life."

Considering the Republicans in Queens, can you blame me?

Yet again we have been shown who really is running our Government. Our elected officials refer to lobbyists regarding issues that affect our pockets, and all we can say is what exactlty?

Insane! $200,000 ? Yet we need to cut benefits, close fire houses, not hire any new Police Officers, and Lay off Teachers? Parking tickets have doubled, Real Estate taxes causing people to go into foreclosure, Elderly eating cat food again, squeege and bottle people taking over the streets yet again, water and sewer rates tripled, WHAT IS NEXT?

Yes people, we are in a sad state of affairs. The only thing missing is an arena hosting free gladiator events, and animal hunts with free bread given to the masses.

"we are in a sad state of affairs".

we are in reality living in a WELFARE CITY IN A WELFARE STATE. keep voting for the liberal/progressives and your lifesyle will never get better.

unemployment is 9.1 % to 17%,food prices increasing, savings earn 0.5 % interest in banks,and the feds keep printing dollars that are losing value quickly, and gold is at $1530.00 an ounce .gasoline prices begin to drop and the community organizer taps 30 million gallons from the U.S. strategic reserve. it will deplete in two days.

ouch, I feel really bad for whoever works in crowleys office, this is gonna be ugly for them. And as for the guy running against Halloran, WHO??? Vallone is gonna run, with the party's backing and is gonna walk right through the 19th CD.

Austin who? tell this guy to take a hike, actually this will be good for Vallone, another retart to split up the democratic primiary vote and vallone comes out on top! did Austin move here last week and get appointed to the community board already? and pay for a little leauge team or something?

Yuu do realize that it was Vallone that screwed Ianneecce when He split the vote in the Primary paving the way for Kim which in effect paved the way for the mess we are in now Halloran!

How long has Vallone lived in the district? Have you seen his developer heave "Community" base Lions club? Yes the Vallone machine is setting up for a major win and then destroy our neighborhood like they did LIC and Astoria. WE ARE FCKD!!!

WHERE DID YOU LEARN TO WRITE? WHO IS THE RETARD?

Austin Shafran learned to be crooked on his mother's knee from Donald Manes and later Brian McLaughlin, he continued his training with Hank Shenkopf and now is getting his graduate degree from Malcolm Smith. With a pedigree like his he shouldn't be able to be elected dog catcher... Wonder when, or if, he will move into the district?

tony avella is in trouble and the dems know it

AWW does this mean Debra Markells Meal ticket, and her promised position are now in jeopardy?

It will be fun watching her tactics now.

hmmmmmmmmmm does this have to do with perry vallone moving back to astoria. is someone trying to cut a deal to get vallones out of astoria by threateneing paul

very intersting, but nevertheless
in the end avella is getting a race
as is stavisky and sais for district leaders

To start Padavan was a great civil servant when he started. The last ten years he was useless and complacent. He did nothing but send letters and get no responses, as evidenced by letter DOT commissioner sent him years after his initial letter to her, and only after someone died. It was time for Padavan to go. Avella may prove useless as well but the beauty is we can vote him out and not wait for 30 someodd years.

How do you mistakenly forward an email Tuesday to every City Council member and staffer? It doesn't seem like it would be that easy. You have to hit Forward -- then you must have a mailing list already set up for all these people -- and then you have to select that list.

Someone screwing up by hitting "Reply All" instead of "Reply" I can understand. This account seems convoluted. Tell me what I'm missing.

Land use chair is big money. We all know the Vallones control Apelian.

Land use chair is big money. We all know the Vallones control Apelian

Saw Papa Vallone in the paper with Papa Mattone and Daddy Cuomo, all cozy like. Planning their next mega development in a residential community AKA Waterside Estates, or College Point Corporate Park (which is once again sinking, check out the parking lot).

thus bayside will be wide open.
if that is case is saffren trying get an edge by comeing into district and pretending to be running for city council but he is realy gearing up for open seat before the new lines come out in
march 2011
their are good people who should start mobilizeing for that seat
john duane
jerry iannece
steve behar
matt silverstein
and any one else should have the right to be informed so they can partcipate in the democratic process

try to swipe me

Evan Stavisky who is a District Leader in Queens but lives in Rockland County where is wife is Democratic County Chair needs new puppet to funnel money to him. Vallone is a puppet of the developers. We're hosed!

"good people" and "Jerry Iannece" in the same sentence?

regardless of what you think of jerry the district leaders with ties to the state senate should keep him informed of any redistricting scenerios.

good people" and "Jerry Iannece" in the same sentence?

Kind of harsh dont you think? Granted he was backed by DELIA and the Borgetto crew, but come on.

who is delia and borgetto

Iannece has the worst rug on his head I've ever seen.

wow. how do you all know that he doesn't already live in the district? and you're so quick to judge. especially when you can't even spell correctly.