How did he pass a background check? 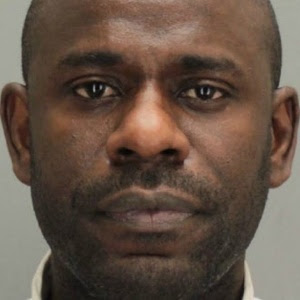 In a colossal failure of 9/11 security measures, an illegal immigrant used the stolen ID of a Bronx man with an arrest record to get hired as an airline flight attendant, and flew several trips as a trainee before he was busted yesterday, authorities said.

Besides getting a job at American Eagle, Jophan Porter, 38, used the stolen ID to obtain a US passport, a US Department of Transportation ID card and at least three Florida driver's licenses, law-enforcement sources told The Post.

Porter was caught after ID-theft victim Anthony Frair of The Bronx was denied food stamps because government records matched him to the airline job.

A law-enforcement source confirmed that Frair, 40, has an arrest record. Public records show a man with his name and age was busted in Florida in 2008 on domestic-assault charges.

It's unclear how long Porter used Frair's identity, sources said. American Eagle hired him in March, and he worked from the airline's Miami base, said company spokesman Tim Smith.

Smith and spokespersons for several federal agencies couldn't explain how Porter cleared the security checks needed to become a flight attendant -- or why the airline didn't realize the ID he had stolen belonged to a criminal suspect.

Yet some electeds continue to support the idea of illegal immigration.
Posted by Queens Crapper at 12:53 AM

It all boils down to enforcement or the lack of by the Federal Govt, State and city.

How about a background check on our State legislators?

he got a job at the airport because he knew someone who worked there. that is the only way to get a job at a NYC airport. find his contact and you will find more illegal immigrants who should not be working at all in this country.

We need more laws and rules and enforcers !

Box cutters for all illegals!

Take him up in an airplane just one more time.

Open the hatch and dump him at sea.

Maybe the sharks will grant him citizenship.