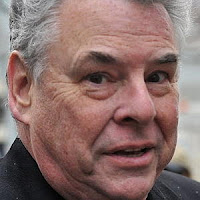 Rep. Peter King, who next week becomes chairman of the House Homeland Security Committee, says he will push legislation to tighten border security and arrest more illegal aliens -- challenging what he considers to be President Obama's lax immigration policies.

"The Obama administration continues to display an obvious lack of urgency when it comes to gaining operational control of the border, which is absolutely critical," King (R-LI) said.

He said Obama has "done little" in the past two years to keep out illegal immigrants and the country needs a new strategy "that incorporates the necessary staffing, fencing and technology to do the job."

These measures are near the top of a packed Homeland Security agenda that includes efforts to better combat domestic radicalization, stopping Obama's plans to transfer Guantanamo Bay detainees to the US for civilian trials and bolstering national cybersecurity.

The border security initiatives would be a sharp departure from the current Obama administration policy that is focused on deporting illegal aliens who commit serious crimes.

Too bad Paterson decided to go the other way.
Posted by Queens Crapper at 12:38 AM

Huge win for Suffolk county King and Steve Levy kick ass. This is going to get real interesting to see if Obama lets him do his job

""The Obama administration continues to display an obvious lack of urgency..."

Meaning: He has continued the policies of Reagan-Bush-Clinton-Bush. All of whom catered to the pressures of small-mid sized businesses who demanded a cheap and docile labor pool.

We'd had a steady trickle since 1965 but it was Reagan's Christmas amnesty in 1986 that blew the doors off.

King is FOS on this (and most other issues).

But don't let the truth disturb you reverence of some loudmouth from the sticks.

Actually, it says he has done little to keep them out, not that he hasn't deported them once they're here.

On that, he's right.

The attitude must be if you enter illegally you are here illegally, period.

There is no such thing as differentiation between good criminals or bad criminals - what is a criminal? Criminal:"involving or being or having the nature of a crime; "a criminal offense"; "criminal abuse"; "felonious intent"

So jumping over or tunneling under or hiding undetected under the marijuana in trucks without declaration at US Borders is breaking FEDERAL LAWS - meaning intent and deed violate the law.

Rep King - do your job with gusto President Obama will need to support the law of the land - demand big $$ enforcement $$ and start the efforts to clean up streets in Elmhurst, Farmingdale and Southhampton of all these criminals flaunting their greater rights than US citizens - it's outrageous!

From Wiki, "His family has Irish roots that trace back to County Galway and County Limerick". America welcomed his grandparents in their time on need. Now its screw everyone else. Even his his own Irish country men waiting to become Americans who can't under current laws. Who does King thing draws his drafts and serves his food at the pubs, legal residences. Please !!!


Stopping government benefits to those here illegally will be more effective than any border patrol.

When the money is cut off, the illegals will go back to where they came from , taking their entourages: jackpot babies, alleged grandmothers, grandfathers and other so called relatives. As the illegal alien only move in large groups, when one goes, the rest will leave with them as part of their vibrant cultural identity.
According to the propaganda not only is the American cultural identity uniform across all 50 states it is defective, warped and must take a back seat to the illegal alien culture.

Illegal aliens should be deported, not supported.

Stopping government benefits to those here illegally will be more effective than any border patrol.

This poster reveals the key to the problem, stop the benefits and crack down on illegal hiring practices by prosecuting criminal practices by businesses or employers who hire undocumented workers and do not pay Cit, State, federal & SS taxes.

He must be taking some dose of laxative...for sure...judging on the amount of BS that is being generated by him.