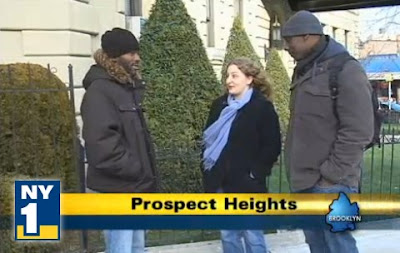 Hundreds of would-be firefighters sat for the New York City Fire Department's entrance exam back in 2007, hoping to fulfill a dream of become members of New York's Bravest. Many aced the exam, but that test, and two others before it, were thrown out because federal judge Nicholas Garaufis ruled they illegally discriminated against blacks and Hispanics.

No firefighters have been hired since and the city can only hire candidates from the invalidated test if the court signs off on the method used. Four years have passed and now many candidates are too old to take a new test that's currently being drafted by the city.

Under the current rule, candidates must be under 29 years of age on the day of the test. NY1 has learned that on Monday, a bill that would formally change that age requirement to 35 will go before the City Council.

Fire Commissioner Salvatore Cassano supports the age extension and even met with some candidates to tell them he's behind them.

Sources say it's not likely the FDNY will give a new entrance exam until sometime late 2011. Based on its hiring practices in the past, it will take about a year and a half to hire from that list, which means it could be a very long time before the fire department sees any probationary firefighters among its ranks.

The 3 people pictured all passed the test but it was invalidated by the court decision and they are now too old to take it again.
Posted by Queens Crapper at 12:38 AM

nick garaufis was president of C.S.B 26 and pushed questionable rulings considered racialist in the 1970's.

he also wants to eliminate the public aids who work with the mentally disadvantaged living in local homes in n.y.c. they need 24 hour supervision and aid in taking their meds.

he is a radical activist federal judge appointed by Bubba Clinton.
his rulings on the fire department tests are without merit.
he should be impeached. he might be nuts??????

How is the test racist?.......another massive lid legislating from the bench......