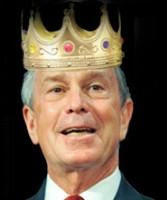 Michael "Money Bags" Bloomberg managed to spend $18.6 million on his campaign in just the past three weeks, according to campaign records released this afternoon.

In all, he's spent more than $82 million, putting him on course to dish out more than $100 million in his race for a third term.

The Mayor's office has released his new plan for NYC: 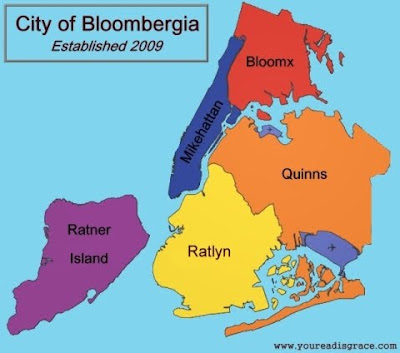 But you can't buy a brain, heart or courage. Sorry we ain't in Kansas Toto.

Sure he is a creation of the Manhattan elite. But it goes beyond this.

They are responsible, more than likely. These, your friends and neighbors, are the people that sold you down the river to this guy.

Can I buy the river?

You should rename the blog "Quinns Crap."

Don't think that come next Tuesday Bloomie's "volunteers" won't be out in force with Access-a-Ride vans to shuttle the clueless seniors to the polls to sign their names and pull the levers for them.