No enforcement of zoning text amendment 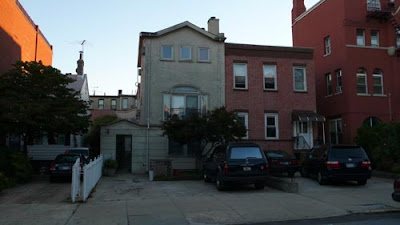 When parts of Bensonhurst where successfully rezoned a couple of years back, supporters where partly hoping to combat the growing proliferation of illegal curb cuts and parking pads.

Now, however, it appears that those efforts might not be enough to stem the tide.

Neighbors in Bay Ridge recently found that out when they saw owners of row houses in their community successfully install concrete parking pads in the front of their homes despite new zoning regulations ostensibly designed to thwart such efforts.

“When you drive up a block you want to see a front garden or a strip of grass,” Community Board 11 District Manager Marnee Elias-Pavia protested this week.

In response to the continuing problem, Community Board 11 is appealing directly to Mayor Mike Bloomberg, asking him to support a new measure that would grant the Department of Transportation power to restore illegal curb cuts.

“After a violation is issued it just stands there,” Elias-Pavia said. “It has no bite.”

The problem is the DOT would have to want to do this and they clearly have a different agenda.

Photo from Brownstoner
Posted by Queens Crapper at 1:14 AM

Now tell this to the morons in Astoria that is buying Vallone's assurances that the upzoning they are going through (anything built to accommodate growth is an upzoning dipshits) is going to take care of stuff like this.

But since no one is reaching out to them they are going to buy the bag of goods hook line and sinker.

Guess who is going to be stuck with the infrastructure costs?

Oh no, not them. Half of Astoria are already illegals.

Its gonna be you sucker!

This is to you Mayor Bloomberg:

We want the DOB to enforce the laws that are bestowed upon our city, especially illegal activities....DO YOU GET IT?