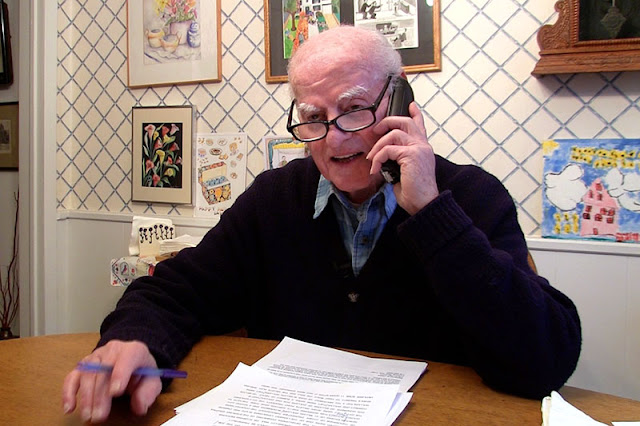 Question: Okay, I’ve been involved in the Willets Point issue for ten years since the adoption of the 2008 development plan, and nothing’s been accomplished. Nothing's going to happen until you, Mr. Mayor, wake up to reality. Bloomberg gave this deal to a bunch of real estate moguls who were deceitful and liars. They never had any intention of doing the job, they wanted to build a casino. When that failed they came up with an absurd plan that they needed to have a mega-mall and Citi Field parking lot to earn enough money to build it. These are multi-millionaires. They never had intention of doing anything. And you have an opportunity now to get things straightened out. Get rid of these guys. We don’t need them. You go ahead and hire somebody else to do the job.

Lehrer: Ben let me ask you. What’s your issue? Is it the building of a mall on public parkland in Flushing Meadows –

Question: That’s dead at the moment. The New York State Court of Appeals said they could not build the mall. We’re talking about Willets Plan, the 2008 plan.

Question: We’re now concerned, there’s a rumor, that this administration may be giving 23 acres of Willets Point land to these builders. We oppose that. That costs of hundreds of millions of dollars. They’re giving it to these guys for one dollar.

Mayor: Okay, I – Brian I know Ben, and Ben I truly admire you, you’ve been at a number of my town hall meetings and you’re a passionate activist and you have been for decades. So I thank you. I think – look, first be careful about rumors. I’ve said to you in public before, I want to reaffirm it to everyone who’s listening. We want affordable housing at Willets Point, that’s our priority. We’re not focused on anything else, we want affordable housing. And anything the City does will come with the guarantee upfront and the actualization of a substantial amount of affordable housing or else we won’t approve anything. So, there’s a lot more that’s going to play out. Ben is exactly right that the Court of Appeals decision I think put us in a position to fix the mistakes of the previous administration. I share a lot of his critique that I think the original concept of Willets was supposed to be focused on community needs including the need for affordable housing, it drifted substantially or was altered substantially in the years before I came into office. We want to go back to that original focus on affordable housing.

Ben also sent out a letter to the editor on the subject.
Posted by Queens Crapper at 12:31 AM

“Well, here in East Elmhurst and Corona, in particular, we know about the housing crisis. We know because black and brown people are being pushed out of their very neighborhoods, and, yes, there’s a very real racial component to all of this.”

Monserrate said this development deal would totally gentrify the area and push residents out.

“We’ve seen gentrification in our city and our elected officials need to stand up and say we need affordable housing for our community. We stayed in this community, we never left. We went through the heroin epidemic, the crack epidemic, racial profiling. We’re still here, we want to stay here. I look and I see that the sons and daughters of people who grew up in this community can no longer afford to live here, but we have the capacity in government to hand over 100 acres for a dollar! no way.”