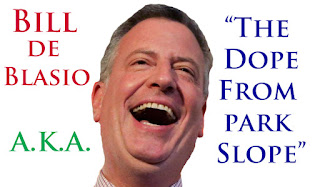 Under Mayor Bill de Blasio, the city’s reliance on the cluster sites has grown along with the rise in homelessness, which has arguably been the biggest failure of his tenure.

Now the mayor is taking a large step toward ending that reliance: On Tuesday, Mr. de Blasio is expected to announce a plan to essentially convert many of the homeless apartments into affordable housing, hoping to solve a problem that has worsened over his first term.

Under the plan, the city would use public financing to help nonprofits buy roughly a third of the apartments currently used for the homeless, and then convert the apartments into affordable units, helping the mayor fulfill two goals: lowering homelessness and adding to the city’s affordable housing stock.

If landlords do not cooperate, the city intends to use eminent domain to take the property, officials said.

The planned acquisition involves 800 apartments spread throughout 25 to 30 buildings, mostly in the Bronx, which has the overwhelming majority of cluster apartments in the city. The city targeted buildings where more than 50 percent of the units were occupied by homeless people — a threshold that would guide future acquisitions, the city said.

The planned acquisition could place about 3,000 people into permanent housing; in some cases, homeless families living in the apartments would simply stay put, but would no longer be considered homeless. It was not immediately known how much the program would cost the city.

In other words, we're condemning buildings that already house homeless families in order to turn them over to someone else and then reclassifying the people living in them as "not homeless". This sounds like a plan. A bad one.
Posted by Queens Crapper at 1:52 AM

Good, Big Slow has just confirmed his real affordable housing plan that includes shelters. Which is to beef up his bogus stats for preserving it, that way he can reach 300,000 sooner. Surely he will bring up this shady accounting in his speech in Iowa.

Crappy, take your mode of reasoning 1 step further: If the 650,000 or so NYCHA residents cannot afford any other kind of available shelter in NYC other than NYCHA, shouldn't THAT be part of the true estimation of the city's homeless population?

Government grab of private property to put it to the same use...what a great idea. The lawyers will have a field day. Communism, certainly, Progressive, not so much.

NYC is a socialist toilet propped up on a pile of rickety stick high-rises. Soon the commode will either keel over or overflow and the effluvia will drench everything.

What the flippity flying fuckity foo? Eh, there's a precedent, I suppose.

"The cluster program began in 2000 under Mayor Rudolph W. Giuliani, with a few hundred apartments. Year after year, the city increased its reliance on the cluster sites, largely because the apartments were the most expedient, least intrusive way to help the city meet its legal mandate to provide shelter to anyone eligible.

The clusters drew little community outcry when they opened because, unlike traditional shelters, they were not immediately visible. The apartments are tucked away in mostly decrepit, private buildings, and homeless families have simply blended in with people who are not homeless."

This to me is not a bad thing - you DON'T want big, ugly, glaringly "THIS IS A HOMELESS SHELTER" type buildings in nabes. You DO want them and the people in them to blend in, and essentially evolve into long-term residents. You DON'T want to subsidize their lower COL/rents forever, you do that by avoiding what you did with the projects, which just created a permanently entrenched class of disenfranchised moochers, largely. So you track income closely, make a SHIT ton of site-visits (to encourage job-seeking/income improvement), and keep places decent, livable, but fucking BASIC.

Over the past 17 years, the rents demanded by landlords for clusters have been tantamount to price gouging. The city Department of Investigation released a report two years ago that showed that the city was paying an average $2,451 a month for cluster apartments in poor and working-class neighborhoods where rents ranged from $528 to $1,200 a month.

The lucrative circumstances sometimes led landlords to drive out residents who were not homeless just so they could collect the larger payments from the city."

No surprise that deadbeat landlords part of this program would've milked the shit out of it - it's called creating a perverse incentive, ya dumbfucks.

There's no easy solutions here, but there are some common-sense solutions. Encouraging home-ownership would've been one. Supporting small land-lords and limiting property taxes, another. Zone intelligently - keep like with like and density match, would've arguably concentrated the biggest "patches" of unused/empty/brownfield land and given the City more leverage to build biggest in those places, instead of the awfully disruptive patchwork of glass boxes that have been shat out everywhere.

That doesn't make sense. Most people who are homeless don't work at all. Some work but many do not. So how would they be able to pay rent? Also we all know that many of these "affordable apartments" are only aimed for high income families as it is and the ones that do open up for "average incomers" are set up in horrible neighborhoods where right now nobody wants to live. For example, I had applied for one of these apartments and I was making 60k/year at the time and the only place they offered for my income with one child was three blocks away from project housing. Meanwhile, I made too much income to apply for the one in flushing. Why would I want to move next to the projects with a teenage daughter? I just ended up buying my own home in suffolk county instead. So luckily, I am no longer under mayor dumbdumbs ruling but my poor parents are.

I would imaging those who have donated to our Comrade, The Mayor, have already "cooperated"...

Dem/Socialist ideas are so good they need to be enforced by a gun.

Jack Kemp promoted homesteading, allowing residents of public housing to own their apartments if they took care of them for seven years.

There is no precedent to this kind of eminent domain. Kelo vs. New London was predicated on a specific area undergoing an economic revitalization plan: this issue is city wide. Hawaii Housing Authority v. Midkiff was based on a price-fixing oligopoly: this move is to target landlords based on their participation in a program. I guess the city might make a public welfare case about buildings deliberately left vacant, but even if they win, that leaves the owner the opportunity to rent it out at market rate.

(sarc)sees the light, as he often does.